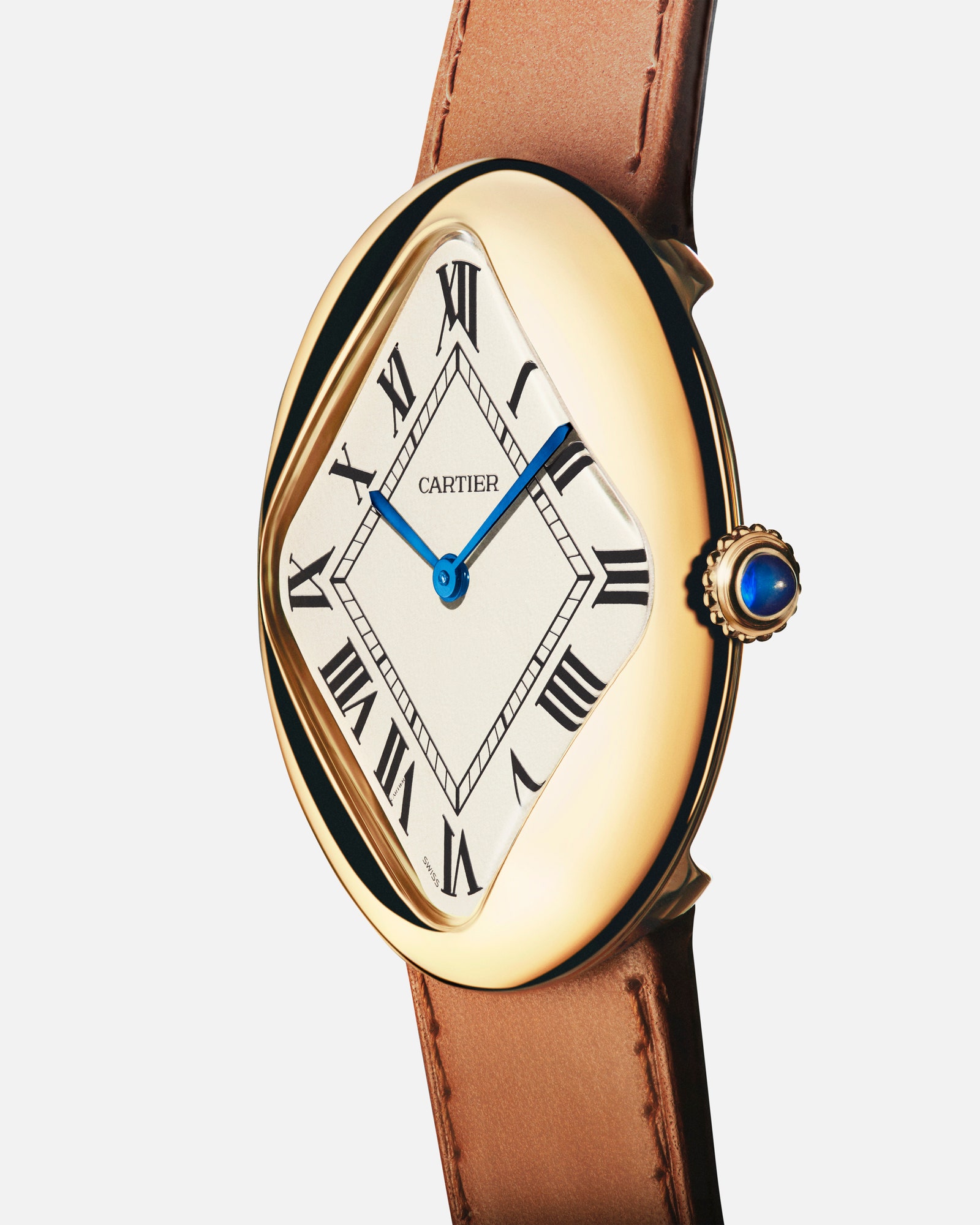 Were any watchmakers having a better time than those working at Cartier’s London wing during the late ‘60s and early ‘70s? Channeling the free-wheeling and fun-loving Swinging Sixties, Cartier London took its most off-the-wall ideas and never bothered to smooth the edges. Literally: the watch that has become both a new celebrity favorite and auction superstar, the freakishly curvy Cartier Crash, came out of Cartier London in 1967. And a few years later, in 1973, the same branch designed and released the “Pebble” (or “Baseball”). One small problem: only six Pebbles were ever released.

That stinks. Like many Cartier timepieces, the Pebble is the type of watch we desperately need more of. It looks like no other piece in existence, really. The case itself isn’t oddly shaped, but sticking a baseball-diamond-shaped dial in its center is a fairly iconoclastic design move. It’s the sort of watch that would fit right in at a black-tie gala, were it actually in production. Thankfully Cartier announced on Monday that it is bringing back the Pebble. The watch will still be plenty hard to find—Cartier only plans to produce 150 of them—but it’s better than the half dozen currently in existence.

Cartier is re-releasing the Pebble at the exact right moment. The jeweler’s watch department is thriving right now, largely on the strength of its historic models. And if you start looking for markers of Cartier’s recent resurgence, you’ll quickly find the Pebble. Last year, two Pebbles sold at auction: one for $254,343 and the other for roughly $405,000(actually 403,200 Swiss francs), setting a record for the model.

Cartier’s strategy appears to be working: this year, the brand overtook Omega to become the second-largest watchmaker in the world, behind only Rolex in terms of sales. (To be fair, it’s still a pretty gap to the top, with Rolex $8.1 billion compared to Cartier’s $2.4.) In 2015, the brand created what it calls its Privé Collection, which is where once out-of-production pieces are brought back to life. Over the years, Cartier’s resurrected fan favorites like the Asymétrique, the Cloche, and the Tonneau. These watches are winning mostly on weird. The Asymétrique appears to be constantly jumbled, sliding off a slope. The Cloche sits like an upturned bell on the wrist. Each one of these watches has been an instant hit among collectors. While the Pebble isn’t officially part of the Privé line, it represents another distinctive watch from the archives that certainly won’t sit long at retailers.