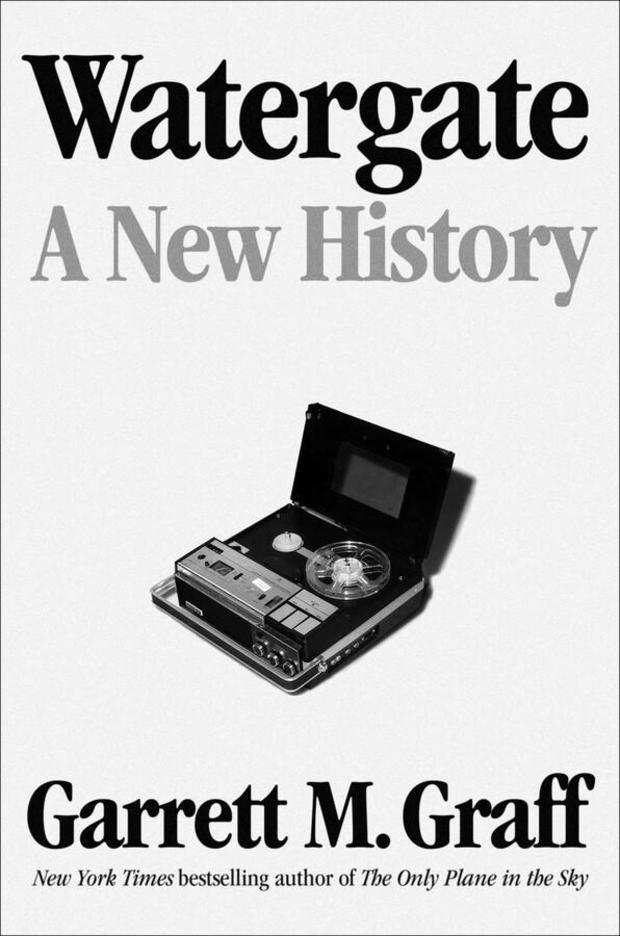 It’s almost surreal to recall how Watergate began in the most mundane of spaces. Sage Publishing now occupies the site of the crime, what was, in 1972, the office of the Democratic National Committee.

Todd Baldwin, a vice president at Sage, showed CBS News’ Robert Costa the spot where the Watergate burglars were arrested.

“An unraveling of a presidency begins here?” Costa asked.

“It begins right in this space,” Baldwin said. “You can look out here and see the Watergate Hotel. And that was the line of sight that they needed to be able to tap the line and hear what was going on.”

Journalist and historian Garrett Graff says, 50 years on, we are still transfixed by Watergate. “Watergate is an event that has been so well-documented over the years. But it’s one that we pretty profoundly misunderstand.”

He called the story of Watergate “one of the great tragedies of American politics,” and adds, we are still piecing it all together.

“Part of what is so fascinating is that the two central questions of the burglary itself are still unsettled,” Graff said. “We don’t know who ordered the burglary. And we don’t really know what the burglars were up to that night.”

He has put it all together in a new book, appropriately called, “Watergate: A New History,” published by Simon & Schuster (part of CBS’ parent company, Paramount Global).

“The adage that the coverup is always worse than the crime, I think, actually turns out not to be true in Watergate,” he said. “It was Nixon’s crimes that were quite terrible, myriad, and manifold. Ultimately 69 people were indicted or charged with crimes.”

Nixon’s low road spawned a sprawling and unpredictable culture of criminality, but the president wasn’t looped in on the Watergate break-in. “The funniest bit of the cover-up is that Nixon can’t fathom why anyone would actually want to break into the Democratic Party offices, and can’t believe that anyone would be that stupid,” Graff said.

And then there’s the deeper story of Deep Throat, who was lionized by Hollywood in the film, “All the President’s Men.”

In 2005 former FBI associate director Mark Felt stepped out of the shadows, but he had long denied he was Deep Throat. In 1987 Felt said, “No, I’m not Deep Throat. The only thing I can say is, I wouldn’t be ashamed to be.”

Costa asked Graff, “You’re pretty tough on Deep Throat. He was a bureaucrat, trying to succeed J. Edgar Hoover at the FBI.”

“This is not someone who is waking up in the morning trying to protect American democracy; this is someone who wants a job that he didn’t get,” said Graff. “He’s doing some sort of brutal backstabbing, knife-fighting, office succession politics. It turns out that there are key moments where Mark Felt knows very compelling evidence about the misdeeds of Richard Nixon, but he never bothers to tell anyone, because he doesn’t actually really care that much about Richard Nixon at all.”

Watergate was a slow boil. For almost two years, many Americans, and Nixon’s allies, mostly shrugged at the blockbuster reports from Bob Woodward, Carl Bernstein, and so many others.

Graff said, “One of the things that’s so hard to recreate and understand now, looking back, is there was no sense that the president could lie to the American people.”

But Americans began to wake up to Watergate in 1973, when Congressional hearings kicked off. Everyone seemed to be watching, when White House Counsel John Dean told the Watergate Committee, “I began by telling the President that there was a cancer growing on the presidency.”

Costa asked, “About 80% of the country was watching this play out on television. We’re now chatting as the January 6th Committee begins its hearings. Is that level of attention even possible today?”

“It’s definitely not possible at the scale,” said Graff. “The average American household that summer watches almost a full work-week’s worth of the hearings – 30 to 40 hours of Congressional hearings is just mind-boggling.”

The bombshell revelation: Nixon had taped himself. “The ultimate irony of the Nixon tapes is that Nixon thought taping the White House was a terrible idea,” Graff said. “His predecessors, JFK and LBJ, had taping systems, and he tore out that taping system when he first came into office. But he secretly installs a new taping system in a hope to preserve his historical legacy. And of course, it certainly created a new historical legacy for him. It just wasn’t the one that he thought.”

Fellow Republicans largely stood by Nixon through much of it. In a May 1974 appearance on “Firing Line,” George H.W. Bush, then the chair of the Republican National Committee, said, “My view is it’s wrong for the president to resign. It’s wrong for him to be forced out of office.”

Graff said, “Each understand that they in Congress have a role to hold the executive branch in check. And so, the thing that really stood out to me in going back and looking at this story 50 years later is the way that the Republicans in Congress acted as members of the legislative branch first, and only second as Republicans.”

Watergate would come to upend not just Americans’ trust in government, but Washington itself.

“Watergate, I think, does turn Washington mean,” Graff said, “because it, in many ways, exposes this sort of much more distrusting and antagonistic mindset that we now see permeates so much of our politics.”

“What made the Trump years different than the Nixon years?”

Costa said, “There were a few Republicans who stood up to Trump after January 6. But that was a short list.”

“It’s a short list, and it’s gotten shorter since.”

We are still living with Watergate, scandal after scandal. Troopergate. Pizzagate. Sharpiegate. But Garrett Graff insists that, ultimately, Watergate is a tale of checks and balances, and of how the American system can endure.

He said, “I think at the end of the day Watergate is a weirdly hopeful story, because it shows what it takes to protect American democracy. It takes a while, and it’s not necessarily an easy process to get there, but the system in Watergate worked.”

Don’t miss the documentary “Watergate: High Crimes in the White House,” produced by See It Now Studios, Friday, January 17 at 9 p.m. ET/PT on CBS and Paramount+.