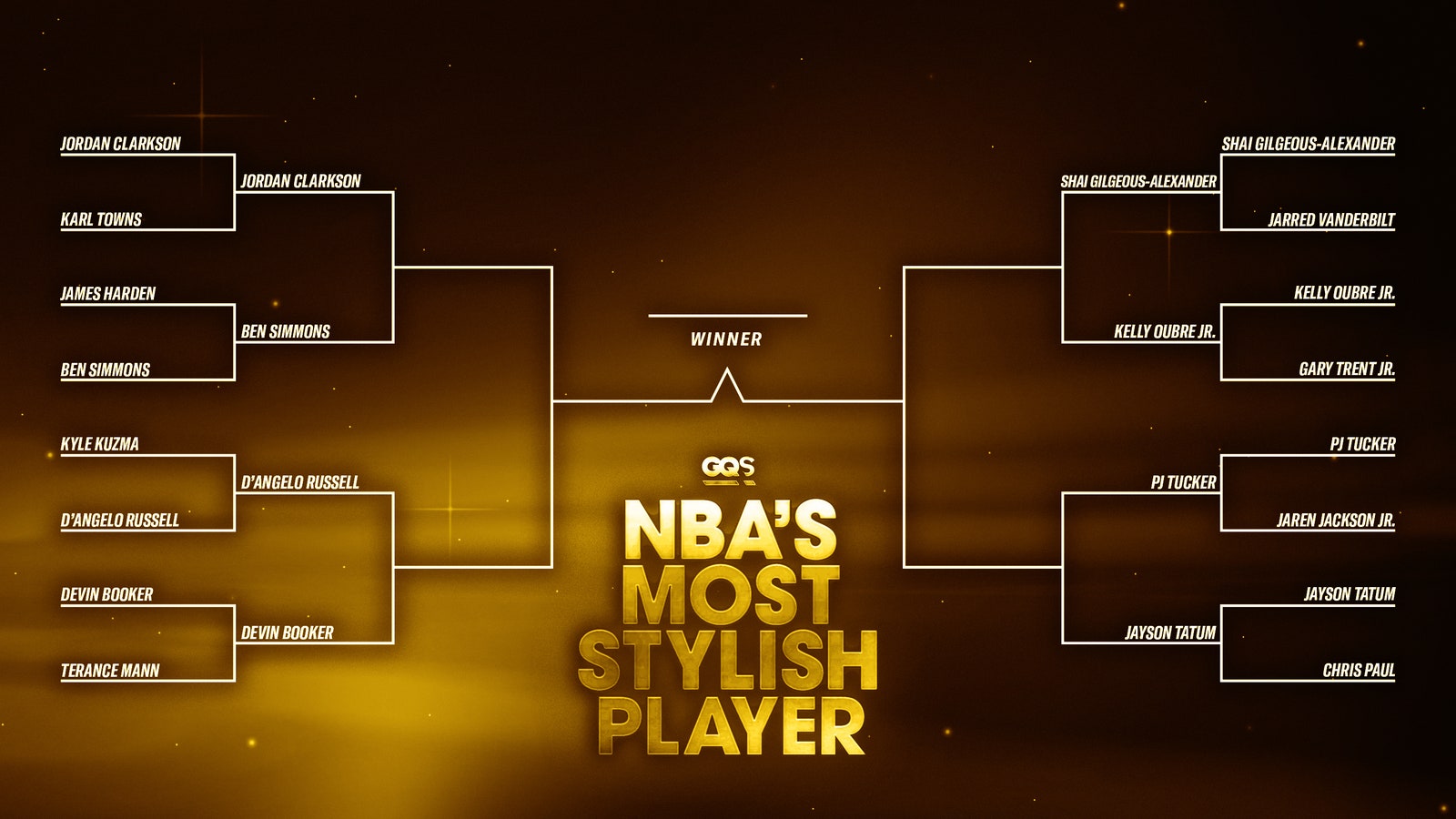 And just like that, the first round is in the books. Not unlike the playoffs themselves, Round 1 of our most stylish tournament had its share of chalk results and proper upsets. First-ballot style hall of famer Jordan Clarkson eased past Karl-Anthony Towns, while fellow fashion notables Devin Booker, Shai Gilgeous-Alexander, and Kelly Oubre Jr. styled their way into the second round. D’Angelo Russell managed to knock off early favorite Kyle Kuzma, while young gun Jayson Tatum dealt Chris Paul his second devastating early exit of the postseason. And Ben Simmons, perhaps thanks to all his practice wearing big fits on the sidelines this year, dispatched James Harden.

All of which sets us up for a wild quarterfinal round. There are no easy matchups left on the board. Clarkson will tangle with Simmons, while Russell and Devin Booker will put their respective ‘90s-inspired looks to the test. Elsewhere P.J. Tucker and Tatum will face off, and  the true wild-style matchup, will pit SGA against Kelly Oubre Jr. It’s gonna be a war.

This year’s NBA Playoffs have felt like a changing of the guard. Ja Morant, Luka Doncic, and Jayson Tatum all made The Leap, while Chris Paul, Joel Embiid, and Giannis Antetokounmpo are watching from home as the Warriors and Celtics face off in the Finals. Heck, LeBron’s Lakers didn’t even make the playoffs! Things feel new, and new feels good.

One thing that has stayed the same: NBA players are still dressing aggressively, and it seems certain that the NBA is still the most stylish sports league on earth. And so, with the 2022 NBA champ set to be crowned shortly, we’d like your help giving a different sort of award. Welcome to GQ’s annual Most Stylish NBA Player tournament.

The 16-player bracket is stacked; there might not be an easy matchup among them. Still, there are highlights: courtside king Ben Simmons will face off against the guy he was traded for (and no slouch, stylewise) in James Harden. Old head P.J. Tucker and will stare down young gun Jaren Jackson Jr. And perennial style all-stars D’Angelo Russell and Kyle Kuzma will go head to head. Things lean a little younger this year—but that should make things interesting.

The league’s 16 strongest fit connoisseurs face off, starting NOW, in a five-day, five-round competition to determine the league’s best-dressed player. Each round lasts for 24 hours. And it’ll all take place on GQ Sports’ Instagram. Cast your vote every day, check back here for updates, and stick around to see who hoists the GQ Most Stylish NBA Player trophy at the final buzzer.