Vladimir Putin could be “dragged from power” by 2024.

The 69-year-old politician – who first served as the Russian president from 2000 until 2008 and has been continually relected since 2012 – launched a military invasion on the neighbouring country of Ukraine back in February 2022 and is said to be aware that there is “a lot of dissatisfaction” in Russia and is “fearful” of the 2024 election in case there is a repetition of the protests that took place in the past.

U.S. National Security Council’s former senior director Fiona Hill said: “He’s fearful of a repetition of what happened when he last returned to the presidency in 2011 and 2012, where we had protests in Moscow, St. Petersburg, and other major [Russian] cities. Putin knows that there is a lot of dissatisfaction hidden beneath the surface. People seem to be supportive of this special military operation as long as the children of the elite are not being sent off as cannon fodder to the front lines”

The analyst went on to explain that when it comes to “socioeconomic issues”, Russia can be “rife” but Putin wants to move past the conflict because the “clock is ticking.”

She told Foregin Policy: “Russia is often ripe for protests, particularly on socioeconomic issues. Putin’s going to worry about that as we get towards 2024 for another reason: There are people around Putin who believe he’s not justified in having this next set of two terms. He was supposed to end his term in 2024. He extended his ability to run again for another 12 years until 2036, which will put him into his 80s. But the more weakened he is [and] the less legitimate he appears, the less it appears that he’s popular and the more incentive there is for others to try to maneuver around him to push on succession. Putin wants to get this conflict over with. He wants to seem legitimate. He wants us to be the ones who feel that we don’t have time—when he also has a clock ticking.” 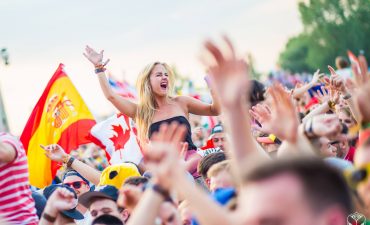 Biotrend Energy to Use Honeywell Technology in Plastics Recycling Factory