In a move that could further inflame the debate over how to handle transgender rights in schools, Virginia will no longer allow students to use facilities marked for the gender they identify with and will mandate that they file legal documents if they wish to be called by different pronouns. Those directives were among several guidelines for schools that the Virginia Department of Education announced on Friday in a reversal of transgender policies that the state outlined last year.

The guidelines, or Model Policies, released by the administration of Gov. Glenn Youngkin, a Republican, also say that schools must “keep parents fully informed about all matters” related to a child’s health and social and psychological development, and that schools may not “encourage or instruct teachers to conceal material information about a student from the student’s parent, including information related to gender.” The guidelines also say that school personnel will not be required to address or refer to a student “in any manner” that would run counter to an employee’s personal or religious beliefs.

The reversal builds on Mr. Youngkin’s promises during his campaign for governor. “The 2022 model policy posted delivers on the governor’s commitment to preserving parental rights and upholding the dignity and respect of all public school students,” said Macaulay Porter, a spokesman. Democrats and L.G.B.T.Q. activists say the policy poses a clear harm to transgender children, including forcing educators to disclose a child’s gender identity to parents.

“Trans kids deserve to learn and thrive in an environment free of bullying, intimidation, and fear,” Mike Mullin, a Democratic member of the state House of Delegates, said on Twitter on Friday. “That means being addressed as who they are and supported for who they will be. Especially from their teachers and their administrators.”

The education department’s move comes after a wave of legislation in several states over the past two years limiting the rights and protections of transgender children at school. But the announcement Friday stood out in part because it overturned policies instituted just last year by Mr. Youngkin’s predecessor, Ralph Northam, a Democrat.

More on U.S. Schools and Education

Mr. Northam had instructed Virginia schools to allow transgender students to use the facilities, pronouns and names that match their gender identity instead of the sex they were assigned at birth. His guidelines came after Virginia lawmakers passed a law in 2020 that called for the state’s education department to develop the Model Policies, a template of sorts for schools to follow.

One of the goals of those policies, according to the measure, was to maintain “a safe and supportive learning environment free from discrimination and harassment for all students.”

Mr. Youngkin’s administration cited that law in the new guidelines, repurposing the same legal premise to unravel the protections previously given to transgender children.

“It is not under a school’s or the government’s purview to impose a set of particular ideological beliefs on all students,” Mr. Porter said, adding that “key decisions rest, first and foremost, with the parents.”

In the latest Model Policies, the Department of Education criticizes the Northam-era guidelines, saying they “disregarded the rights of parents and ignored other legal and constitutional principles that significantly impact how schools educate students, including transgender students.”

The A.C.L.U. of Virginia said the new policies would worsen the already high rates of self-harm and suicide in L.G.B.T.Q. students.

“We are appalled by the Youngkin administration’s overhaul of key protections for transgender students in public schools,” the group wrote on Twitter.

The 2020 law did not clarify what, if any, punishments would result if school districts did not comply with the guidelines.

In his campaign for governor last year against his Democratic opponent, Terry McAuliffe, Mr. Youngkin appealed for support from parents who were concerned about gender-neutral bathrooms, the closure of schools because of the virus and the teaching of race. His strategy proved effective last November, when Mr. Youngkin became the first Republican candidate to win a statewide race in Virginia since 2009.

Before the Model Policies take effect, there will be one month of public comment. The Virginia Department of Education will then review comments, and a final version of the Model Policies will be approved by the state superintendent.

Last year, the U.S. Department of Education and the Equal Employment Opportunity Commission, following guidance from President Biden, said that protections afforded under federal statutes that extended to gay and transgender individuals would be enforced in workplaces and in schools.

In those directives, the agencies said that companies and schools could not deny a transgender person access to a bathroom that corresponded to that individual’s gender identity. They also said that students should be allowed to participate on a sports team consistent with their gender identity.

A group of 20 conservative state attorneys general filed a lawsuit to stop those directives, and this July, a federal judge temporarily blocked the Biden administration from enforcing them.

Our water problem is about people and politics | Columns 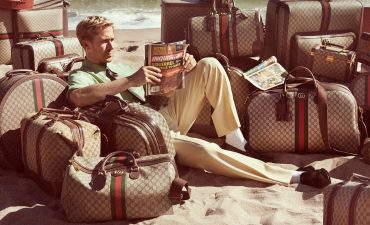