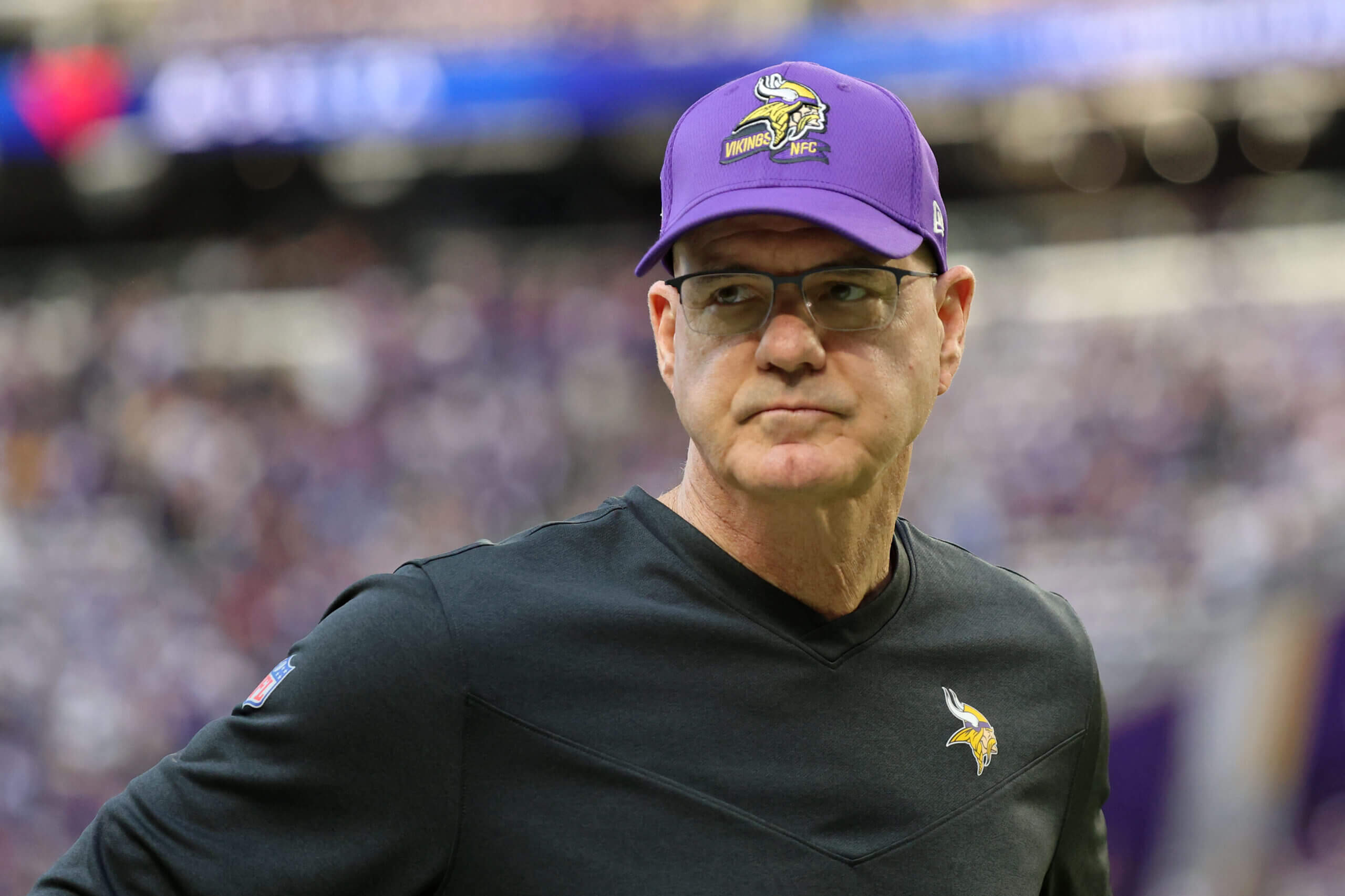 MINNEAPOLIS — Unprompted, before the biggest game of the Vikings’ season, defensive coordinator Ed Donatell placed his white notecard on the lectern and eyed the cameras in the back of the room before saying defiantly: “It’s our time to shine as a defense.”

The comment felt made for an article in “The Onion.” This Vikings defense, installed by Donatell, had earlier this season done what no Vikings defense had done before. It had allowed 400 yards of offense to opponents in five straight games.

Yards were racked up in as many ways as you could conceive. Miscommunications in coverage led to long-ball touchdowns. Missed assignments propelled passes down each seam. The Vikings allowed quarterbacks like Mike White and Mac Jones to have the types of games they’ll tell their grandkids about.

All of this came before Donatell’s comment. And then Sunday happened, a 31-24 upset loss in the wild-card round to the Giants.

This defense did not shine. Instead, it was as dull as an overcast day in the bitter heart of winter. Expecting a random glimmer of sunlight wouldn’t be realistic.

When the opposing offense totals 23 plays that go for 10 yards or more, the way the Giants did Sunday, you know that something is seriously wrong. Quarterback Daniel Jones, in his first career playoff game, looked relaxed, as if he were throwing the ball around with his boys in the park. Wide receivers Isaiah Hodgins, Darius Slayton and Richie James looked like an updated, East Coast version of Three Deep.

New York coach Brian Daboll and offensive coordinator Mike Kafka looked like they were taking a test where they’d already memorized the answers. It was an abject disaster. It was a defensive performance so bad that it single-handedly necessitates changes.

It’s ironic because it was so reminiscent not of one game or one month but a large chunk of the season.

“Across the board,” Vikings coach Kevin O’Connell said after the game, “we’re going to take a look at everything. It’s my job. I’m responsible for all three phases of our football team.”

Pressed on what this may mean for the immediate future of Minnesota’s defensive coaches, O’Connell preferred to remain in the present.

“I think Ed tried to do the best he could this year across the board,” O’Connell said, “installing the defense and the scheme we’d manifested together. He worked his absolute tail off, and his commitment to trying to make some adjustments and improve was there each and every week.”

One of the lasting images from Sunday — O’Connell, throwing his hands in the air on the sideline as the Giants marched down the field — requires an understanding of the past. Of why Donatell was hired in the first place, what the two coaches wanted this defense to be and the challenges they faced with personnel.

The goal from the get-go was to hire someone who would come up with a defense that applied pressure to the quarterback, which would test not only his physical attributes but also his mental bandwidth. In recent years, no coach had done that better than Vic Fangio, who deployed a pre-snap structure that shifted its shape after the snap.

For that ever-moving, consistently evolving defense to succeed, its players would need to be well-taught. So O’Connell set out to hire a teacher the same way Rams coach Sean McVay had years ago. McVay landed on Brandon Staley, who developed a close relationship with O’Connell during their shared 2020 season with the Rams. When the time arrived for O’Connell to hire his own defensive coordinator, he leaned on Staley, who recommended one of his former co-workers: Donatell.

His defensive scheme, meanwhile, crystalized quickly in the Week 1 win over the Packers. The basic structure was two-high deep safeties, two linebackers at the second level and differing front structures. The goal, it became clear through conversation, was to limit explosive plays. To use the players’ lexicon, they were attempting to create “a roof” over the top of the coverage.

Fissures, however, formed early in the season. You may remember the Week 2 stinker in Philadelphia. Eagles receiver Quez Watkins raced up the seam and snagged a deep ball with no defensive back near him. Cornerback Cam Dantzler had not followed the rules of the coverage.

Though the Vikings rattled off seven straight victories after that loss, the defensive issues had not dissipated, even if Donatell specifically cited his unit’s impressiveness in the red zone and at the end of games. In Week 11, the Cowboys doused the Vikings with reality, beginning a historically bad streak of defensive performances that culminated, three weeks later, in a debacle in Detroit. That night, in the bowels of Ford Field, O’Connell seethed about the swaths of space between the defenders in coverage and the Lions’ receivers.

“We’ve got to take a look at what we can do to potentially help our guys be in a position to make more plays and be a little more aggressive,” O’Connell said.

Ed Donatell’s defense struggled for long periods of the season, yet the Vikings found ways to win, going 11-0 in one-score games before Sunday’s loss to the Giants. (Matt Krohn / USA Today)

The defensive concerns appeared to be at a breaking point even then, raising the football question that most closely resembles nature versus nurture: Is it the scheme or is it the personnel?

Was linebacker Eric Kendricks suited to pass off routes in coverage? Or had he slowed down? Did it make sense for Za’Darius Smith to be dropping into coverage, even for one snap a game? Or was he doing that because it was necessary for the secondary as a whole? Was it fair to expect Dantzler to succeed as a read-and-react cornerback without using his length on the line of scrimmage? Or was Dantzler capable enough anyway?

There was a reason the Vikings spent four of their first five draft picks on defenders last year, after all. And it certainly did not help that Lewis Cine suffered a compound leg fracture during the Week 4 game in London, that Andrew Booth Jr. underwent knee surgery in November or that concussions derailed Akayleb Evans’ season.

Still, the Vikings forged ahead after the underwhelming night in Detroit. In fact, that week, Donatell stepped up to the lectern and, after discussing the strides he believed his defense would make, said: “This’ll be good for everybody in here to see. Because we’ll work out of this, there’s no question.”

And the Minnesota defense did work differently. It heavily increased its man-coverage usage and added new blitz packages to the call sheet. Ironically, the Vikings’ most creative defensive performance of the season may have been in Week 16 against the Giants. Though Jones threw for 334 yards that day, the Vikings got creative, sending Patrick Peterson and others on blitzes.

That backdrop set the stage for Sunday’s rematch, and Donatell exuded an almost curious amount of confidence.

“I think you’ll like the way we play,” he said this past Thursday.

Daboll, Kafka, Jones, Barkley, Hodgins, Slayton and the Big Blue faithful liked it. But the fans here? The ones who wanted so badly for the season to end with something special? The ones who have gotten their hopes up year after year? Not only did they not like it, but the terrible defensive performance will be one of the lasting impressions of this 2022 season.

Crossing routes forced collisions in the secondary. Flat routes operated like a cheat code. Linebackers hesitated. Cornerbacks held. Jones ran with ease. You do not rack up 431 yards at random.

“We just didn’t execute,” safety Cam Bynum said. “There were a lot of plays out there where one person got out of their assignment.”

The questions, moving forward, lie in the potential changes. The disappointment was too visceral for O’Connell to go there Sunday night, but there are plenty to consider, both in terms of scheme and personnel.

If Donatell does not return, who would make sense as a potential defensive coordinator hire? As the Vikings front office assesses the roster and cap situations, does it feel like the franchise is better off — in the short or long term — with replacements for veterans like Kendricks, Harrison Smith, Jordan Hicks and others?

Sticking with the roof and house analogy, this is currently a structure with a crumbling foundation. Each room has become a mess. The better question for this moment might be: What does not need to change?