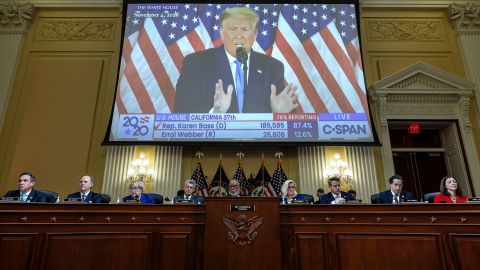 A version of this story appeared in CNN’s What Matters newsletter. To get it in your inbox, sign up for free here.

Just try keeping track of the dizzying web of legal issues confronting or somehow involving former President Donald Trump and his allies, all of which he lumps into the category of “witch hunt.”

Here are some of the major developments this week:

There’s another case on the horizon:

Not all of the developments are unwelcome to Trump:

The Danchenko trial is likely the last gasp of special counsel John Durham’s inquiry into the Russia probe, which seems like a lifetime ago. That the Trump-requested special counsel to investigate the Russia investigation is still active years later means we can expect the aftershocks of Trump’s presidency to continue for years to come.

It could also be a model for what’s to come. While inquiries into Trump’s finances and his 2020 and 2021 actions led by state, city and federal authorities would continue, if Republicans win control of the House of Representatives as a result of November’s election, they’ve indicated they’ll shut down the January 6 committee and launch an investigation of the investigation.

And we can assume he will continue to call any investigation a “witch hunt.”

Another thing the House committee tried to do was allege Trump’s plan to reject the 2020 results was “premeditated.”

As CNN’s Chris Cillizza noted Thursday, Trump made very clear leading up to the election that he would reject the results.

“He wasn’t keeping the plan he eventually executed – insisting the election was stolen – a big secret,” Cillizza wrote of Trump, appending a list of times in 2020 when Trump refused to say he would abide by the results.

Now Republicans are looking to win control of the House and potentially the Senate, uncovering a great flaw of Trump’s consistent gripes: If it’s all rigged, how can Republicans win?

CNN’s Michael Warren reports from Georgia that voters there could reelect Republican Gov. Brian Kemp – in part because he stood up to Trump in 2020 by refusing to overturn election results in the state – but also send Democrat Raphael Warnock back to the Senate, in part because Trump’s hand-picked candidate, Herschel Walker, is so flawed.

Trump will benefit if Republicans can seize some power in the coming election, and he will declare it to be a vindication. But there’s a strong argument that any GOP victory in November will happen in spite of him – which is something Republicans will need to grapple with because Trump and his allegations of a “witch hunt” aren’t going anywhere.