For months, it was unclear whether the House select committee investigating January 6, 2021, could overcome his obstruction and penetrate his West Wing. Baffled critics complained the Justice Department wasn’t puncturing his inner circle to examine whether his efforts to steal the 2020 election broke the law. But now critics who, through two impeachments, a Russia probe and multiple scandals, came to share Trump’s belief he could shoot someone on New York’s Fifth Avenue and get away with it sense his impunity may be for the first time in question.

A whirlwind few days in Washington have upended perceptions of Trump’s political and legal jeopardy related to his attempted coup after he lost the 2020 election. Revelations that ex-White House aides have been brought before a grand jury have blown the lid off a Justice Department investigation. Attorney General Merrick Garland’s public statements that the department will pursue those who tried to disrupt the legal transfer of power appear to spell trouble for Trump since the House panel has shown he was at the center of multiple Venn diagrams of election plots.
It has also called into question the narrative of a timid attorney general wary of investigating an ex-President given the turmoil such an approach could trigger. This is especially the case since news broke Wednesday that Cassidy Hutchinson, the former aide to ex-White House chief of staff Mark Meadows and the star witness of the January 6 committee’s televised hearings, is cooperating with the parallel Justice Department probe.
This came a day after it emerged that two senior former aides to then-Vice President Mike Pence, Marc Short and Greg Jacob, had gone before the grand jury. That development was the clearest indication yet that the Justice Department was looking at conduct directly related to Trump and his closest allies.

“I am not one to say every time there is breaking news or a development that it is hugely significant,” said Preet Bharara, former US Attorney for the Southern District of New York, who is now a CNN legal analyst.

“This is. This is very significant,” Bharara told CNN’s Jake Tapper, predicting that there would be a flurry of disclosures in the coming days about other witnesses to the grand jury.

The department has also obtained a second warrant to search the cell phone of conservative lawyer John Eastman, a key figure in the plan to thwart the certification of Biden’s victory on January 6, 2021. It is hard to know how long the Justice Department investigation into the post-election period has been running at such high intensity. But there is at least a strong impression now that it is feeding off the progress made by the House select committee — a factor that would lend that probe increased legal and historical significance.

There are new developments in the House investigation too. After expanding its inquiry into the fall with the promise of more televised hearings, the select committee has been engaging with another key figure in Trump’s administration, Mike Pompeo. The ex-secretary of state and CIA director could sit for a closed-door deposition as soon as this week, multiple sources familiar with the committee’s schedule told CNN.

Wyoming Republican Rep. Liz Cheney, the committee’s vice chair, told CNN over the weekend that the investigation was focusing on getting testimony from other members of Trump’s Cabinet. In another blow to the ex-President, the House select committee just released new audio of ex-Acting Defense Secretary Chris Miller testifying under oath that no one had given an order to have National Guard troops ready to protect the US Capitol on January 6.

The new evidence contradicts claims by Trump and Meadows. And it also appears to damage prospective efforts by Republicans to use their own investigation if they win back the House in November to show that Trump did protect the Capitol and that the real issue on January 6 was not the attack by his mob, but security failings that they lay at House Speaker Nancy Pelosi’s door.

New open loops in Washington coincide with what was previously seen as the gravest legal threat to Trump, the special grand jury probe in Georgia into pressure by the ex-President and his team to overturn a key swing state election.

Activity doesn’t necessarily imply results in legal proceedings. The Justice Department probe could wrap without indictments. Any criminal action it takes may not reach as high as Trump. And while the House select committee is clearly preparing a devastating catalog of Trump’s post-election conduct, its findings may not make a dent in the ex-President’s fervent base that rejects investigations against him as politically biased.

There are also questions over whether the mountain of evidence the panel has unearthed showing dereliction of duty by the ex-President in inciting a mob that ransacked the Capitol reaches the evidentiary standard required of a court proceeding.

And of course, the ex-President has skipped free of accountability for much of his colorful business and political career, often when his enemies thought they had him pinned down.

Another CNN legal analyst, Norm Eisen, a senior fellow in Governance Studies at the Brookings Institution, zeroed in on Garland’s pledge in an NBC News interview to pursue anyone who attempted “to interfere with the lawful transfer of power from one administration to the other.”

“We haven’t heard these magic words before,” Eisen told CNN’s Ana Cabrera on Wednesday. He added that all of the evidence suggested there was one person who was in charge with attempting to interfere with the lawful transfer of power — the former commander-in-chief.

“I think the indicators are really pointing at severe legal peril for Donald Trump,” Eisen said.

The growing momentum in the parallel investigations comes as Trump mulls the launch of his potential 2024 White House bid. The former President will be sure to claim that any legal action against him is an illicit and politically motivated effort to keep him from recapturing the presidency.
During a speech in Washington on Tuesday that felt a lot like a soft campaign rollout, the former President accused Democrats of weaponizing the Justice Department against the opposition party. Garland has made clear in recent days that the department would not be deterred from its duty to the law if the person in question was a former President or was running a presidential campaign.

While Democrats have long hoped that the web of investigations would finally trip up Trump or damage him politically as he seeks a return to office, the Justice Department investigation especially suggests that a tense political period could be looming. The possibility that a former President could be under direct criminal investigation is a grave one. In normal circumstances, it could be politically divisive. Given Trump’s temperament and willingness to rupture national unity and to incite his followers against democratic and judicial institutions, the impact of legal action against him could be ruinous in an internally polarized nation.

But it appears to be becoming more likely that the country will have to wrestle with the question of whether a former President should be legally held to account and the implications of not doing so.

“The country has been through a lot and I fear that the country is going to have to go through some more,” Bharara said. 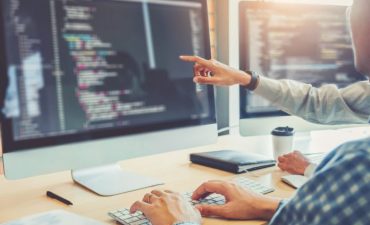