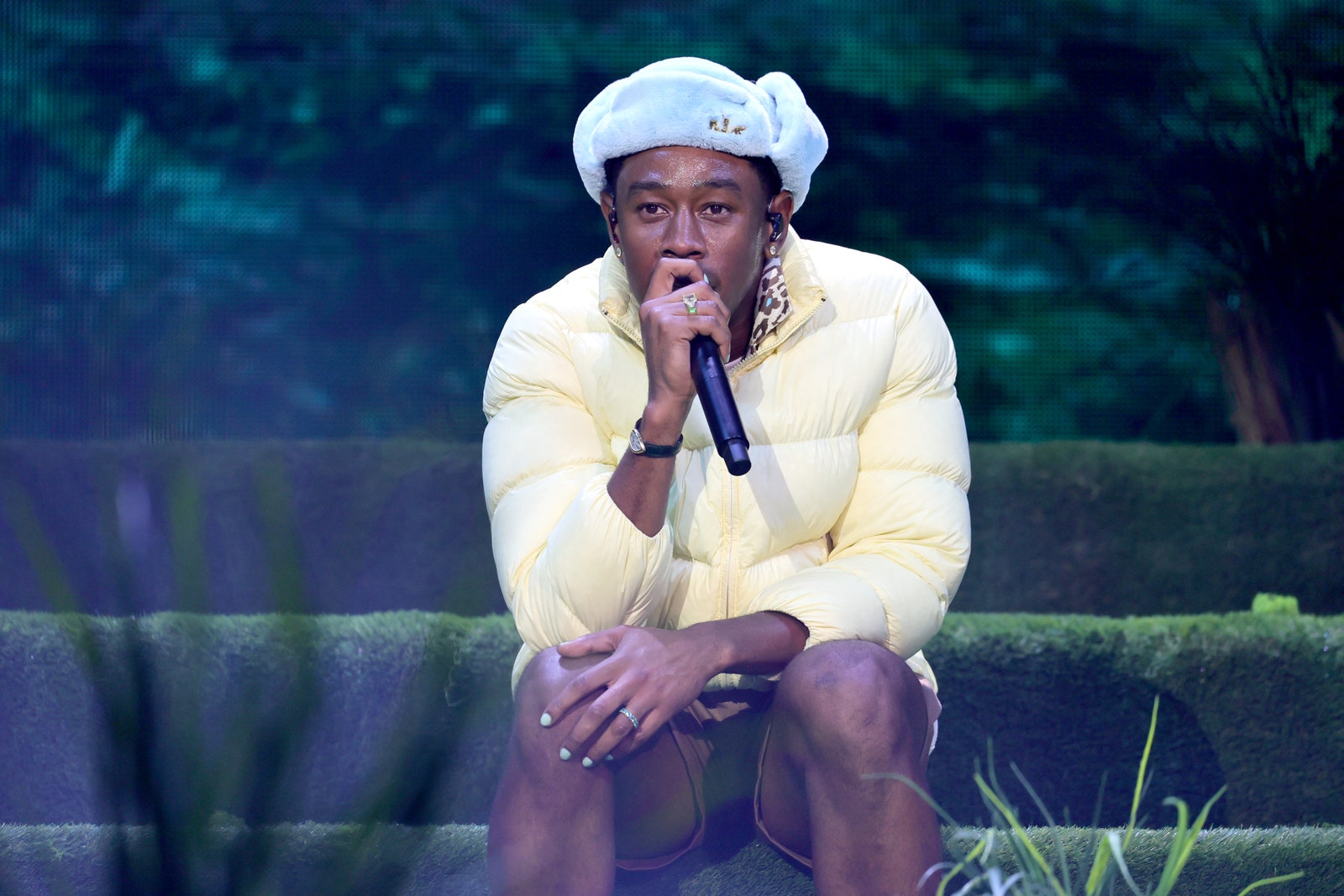 You can’t miss the hats. Weird and wonderful, they have popped up in all corners of men’s style: from the extravagant high-fashion crowd to the cool-dude, cortado-drinking streetwear set. Style savants like Tyler, the Creator oscillate between furry trapper hats and vintage-inspired baseball caps without missing a beat. The headwear of Supreme creative director Tremaine Emory—a strappy leather visor worn with a silk scarf, but also rhinestone trucker hats—is artful enough to inspire sartorial envy. This month, the Japanese fashion tastemaker Motofumi “Poggy” Kogi posted a photo of a 360-degree brimmed Yankees hat, which immediately ricocheted across the fashion blogs. From bucket hats to balaclavas and beyond, it has been a banner year for advanced-level headwear.

A few years back, most fashion bros upped their outfits with wild, look-at-me sneakers. After the sneakers came the outlandish loafers and, most recently, the wild-style mules. This year, it seems, style-forward men have traded look-at-me sneakers for equally extravagant headwear.

The bucket hat was perhaps the gateway cap. The style has gone in and out of fashion a handful of times over the past few decades, broadly appealing to everyone from rap star LL Cool J to Oasis rocker Liam Gallagher. Contemporary bucket hat loyalists include Jonah Hill, Justin Bieber, and Hector Bellerin, to name a few. (Hell, Hill seems to have one for every day of the week, in every color and fabric imaginable.) But the typical bucket hat now looks tame compared to the headwear sitting on shelves at fashion boutiques and menswear stores across the globe.

The latest Marni collection includes a long-haired, fluffed-up cap that looks like the brand’s popular furry Technical sweaters. Designer Jonathan Anderson produced an asymmetric color-block bucket hat with canvas ties so long they give the elongated drawstrings of Rick Owens’ famous drop-crotch pants a run for their money. Bottega Veneta sells an intricately woven lambskin hat that matches the label’s wildly covetable bags. And it’s not just the world of European high fashion—the American brands are having fun with headwear, too.

Aimé Leon Dore’s latest collaboration with Woolrich included a sherpa-lined hat with earflaps that drape down to the shoulders. ALD also produced a “hunting” bucket hat, a more stout style with pleated bands. Noah, meanwhile, sells a waxed camouflage bell cap (made in collaboration with Barbour) alongside an old-timey wool winter cap made by legendary hat makers Stormy Kromer. Supreme one-upped the game with a tiger-printed “Tulip” cap with flowy tapered seams and a reflective camouflage print, while the upstart label S.K. Manor Hill sells a skull cap in shiny green leather. None of these hats look quite like the other—but they definitely look like something.

Our current menswear moment feels defined by a simple-yet-intentional way of getting dressed. There are echoes of normcore, prep-inclined staples, and perfectly picked vintage wares. Nice and normal clothes feel like the most significant thing in menswear. So, how does one add a splash of subversion to the status quo? Well, for plenty of guys in 2022, it was wonderfully wild headwear—and it turns out that one great hat can go a long way.