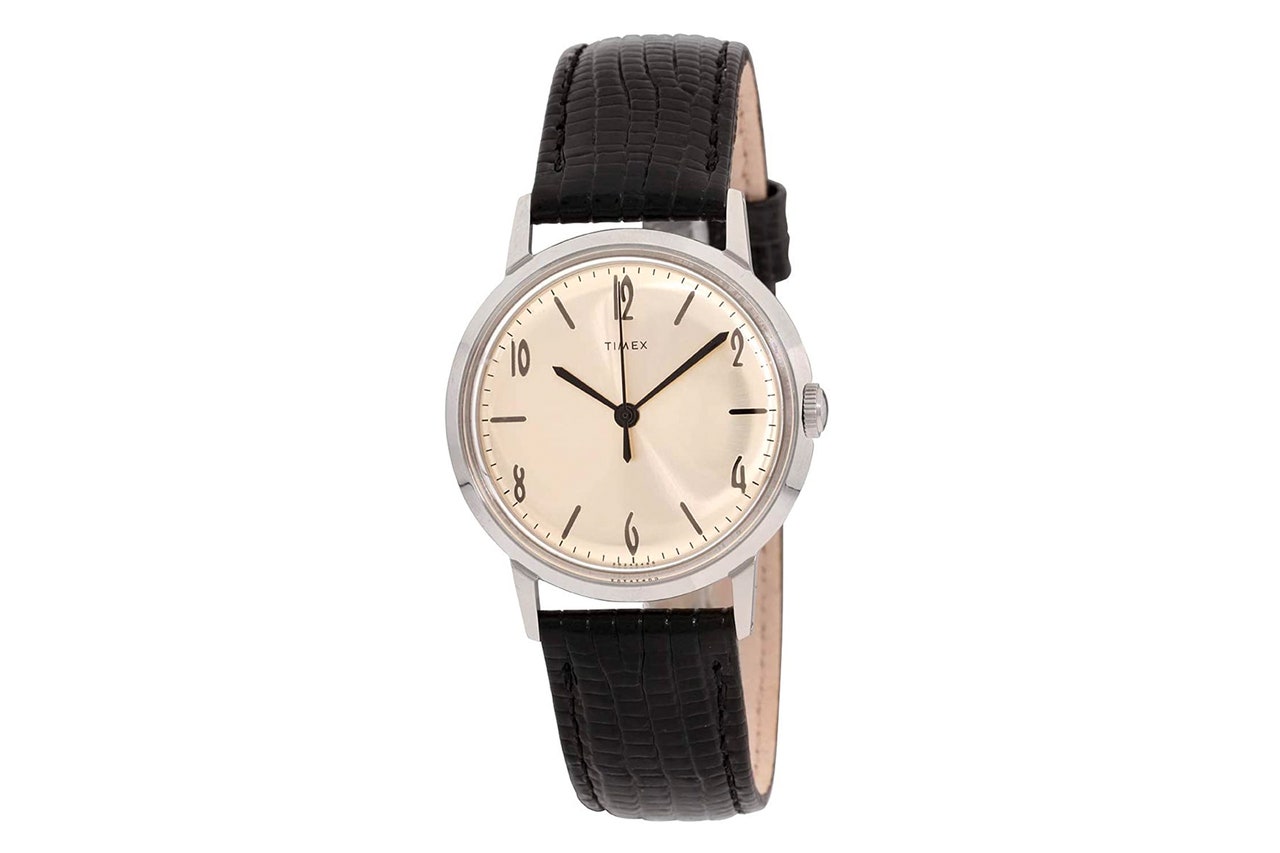 If we learned anything from 2022’s hottest watch drops, it’s that nothing gets collectors worked up more than rainbow colored gemstones, ultra-thin movements, and re-animated classics from the golden age of watch design. As you might expect, a gem-set bezel or a wafer-thin mechanical movement can easily run you six figures, but these days, there are plenty of covetable historical re-editions to be had for far less. Among the best of them is the Timex Marlin, a dressy watch straight out of the Mad Men era that you don’t need a swanky corner office to afford.

As the first name in American watchmaking, Timex has been churning out stylish timepieces designed for the masses since the mid 1800s. By the 1960s, the brand was known as much for its affordability as for its durability, thanks to “It Takes a Licking and Keeps on Ticking”—an ad campaign worthy of Sterling Cooper Draper Pryce at the height of its powers.

The Marlin, a line of watches whose name evokes sport fishing, guayabera shirts, and banana daiquiris, was one of Timex’s most popular creations from the era. Refined enough to wear to the office but sporty enough for the weekend, it was as much an embodiment of ‘60s style as the TAG Heuer Monaco and Rolex Daytona—but cost a fraction of the price.

In 2017 (the year Paul Newman’s Daytona sold for $18 million), Timex brought the Marlin back just in time to ride the growing wave of vintage watch mania. Unlike many other re-editions, though, which alter the original designs with modern additions like larger cases, date windows, and automatic movements, the new Marlin is gloriously faithful to the original. Featuring a dainty 34mm steel case (a perfectly respectable size for a men’s watch then and now) a set of funky Arabic numerals on a silver sunray dial, a faux-lizard skin strap, and a hand-wound movement, the modern Marlin retains all of the design elements that made it a hit the first time around. Better yet, at a shade under $200 it’s still priced within the reach of almost, well, everyone. Whether you go full Don Draper in a cool-again repp tie and shrunken suit or wear it with battered jeans and a blanket-soft flannel, it’s as much of a catch today as it was in ‘64.