Americans are deeply frustrated with politics. They see the country heading in the wrong direction. They are regularly forced to choose between two candidates they don’t particularly like. Between 40 and 50 percent of the country identifies not as Democrat or Republican but as independent.

There’s just one problem: The other coffee houses control who can open a coffee shop and how big it can be. What’s more, the people who are frustrated with the coffee shops still often have a vested interest in seeing one of the coffee shops succeed. And the problems snowball from there.

Sign up for How To Read This Chart, a weekly data newsletter from Philip Bump

The announcement Wednesday that a group of former candidates and elected officials from both parties were forming a new party — Forward — isn’t really surprising. It’s a flash of admirably American optimism, the idea that their low prices on pourovers and tasty muffins will set them apart. And it’s even to some extent self-aware: The essay introducing the party is predicated on the idea that this third party won’t fail.

I wrote about this a bit last year. A key point from that article is that our constantly hearing about new “third” parties makes the inherent problem obvious. There are, of course, scores of other parties out there, a third and a fourth and a 20th party that sit in contrast to the Democrats and the Republicans. But since the point of a political party is to amass political power and since none of those parties have amassed much, they’ve been relegated to insignificance. There’s no powerful third party, no counterweight to the Democrats and the Republicans. Largely because the Democrats and Republicans have worked hard to make sure there isn’t one.

The problem begins even at the point of appearing on the ballot.

Here is what it takes to get on the ballot in Pennsylvania. Read through that, noting the difference between candidates for “political parties” and “minor political parties.” Imagine you are thinking about putting forth a challenge to an incumbent state officeholder but don’t want to run as a Democrat or a Republican. What are the odds that you get tripped up by the rules?

The Forward founders have an advantage you don’t. They all know lawyers who do this stuff and can figure out how to file what needs to be filed and where. But that’s expensive — and even if the lawyers figure it out, the system is in many places skewed specifically to make running as a Democrat or Republican easier than running as anything else. And who’s going to change that, the Democrats and Republicans who currently make the laws?

As I wrote last year, American politics is a duopoly. You want in on the market? Good luck.

The Forward crew’s optimism extends further than simply arguing that they can crack into the political economy. Here’s one pie in their sky:

“That’s why we’re proposing the first ‘open’ party. Americans of all stripes — Democrats, Republicans and independents — are invited to be a part of the process, without abandoning their existing political affiliations, by joining us to discuss building an optimistic and inclusive home for the politically homeless majority.”

Get the town together and haggle out solutions. America!

The problem, of course, is that Americans have strong views about specific things on which they are often not going to be willing to compromise. The Forward essay criticizes the far left for wanting to get rid of guns and the far right for wanting to get rid of gun laws. But that’s not where the parties are, because the parties are responsive to the coalitions they’ve built. If you simply take some independents and sit them down — much less partisans! — you’re going to very quickly find a lot of important issues on which there is not a reachable consensus. Then what?

What’s important to remember about the Forward group’s regular invocation of the number of independents is that most independents still align with one party or the other. In Gallup’s most recent polling, 43 percent of respondents identified as independents. But a bit under half of that group said they leaned toward the Democrats; most of the rest leaned toward the GOP. What animates independents who lean toward one party or the other isn’t that they support centrist positions, it’s that they hate the other party. Republican-leaning independents don’t necessarily share “being independent” with Democrat-leaning ones. They simply share a disinterest in being part of a political party … which, of course, doesn’t bode well for those looking to start a new political party.

This conflation of “independent” and “centrist” is a fatal flaw in this argument. Both parties are home to centrists (though the Democrats more heavily so). The parties have traditionally worked hard to make their positions palatable to those in the middle. They’re big, long-standing coffee shops! They’ll do what they can to keep customers, even grudgingly.

Then there’s Donald Trump. Trump won in 2016 in part because he activated more right-wing voters — but he did so while largely holding the more-moderate elements of the GOP who were skeptical of his nomination. Hillary Clinton worked hard to peel those voters away. In part because (two-party) partisanship is such a strong motivator, it didn’t do much good.

His rise offers a useful example of how the long-standing dream of building a third party misunderstands American political power. Trump was not a strong Republican, not a party guy. He flipped between party identities at various points, just as he changed his positions on issues. Then, in 2016, he took over the GOP and remade it in his image. He understood a latent, underrepresented political force and paired it with the Republican Party’s infrastructure.

This wasn’t easy, depending on a lot of factors unique to Trump: celebrity, wealth, charisma. Those factors have also propelled third-party efforts in the past, as with Ross Perot in 1992. Perot was a one-person third-party, really, crafting a party around his own personality and money. It puttered on into 1996 and even 2000 — with one Donald Trump briefly considering running as its presidential candidate.

Without Perot, the party withered. Locked out of power, it nonetheless meandered on as so many “third” parties do. It has a website; it even has social media.

On Thursday morning, its 1,677 followers on Twitter saw a message intended in part for Andrew Yang, one of the founders of the Forward Party. Yang had asked his much-more substantial Twitter following what animal Forward might adopt as its mascot. He offered a Twitter poll that included “eagle” as an option — justifiably not knowing that the Reform Party had already claimed that one.

The Eagle is already taken. The Reform Party has both the trademark in the trademark office and a common law trademark from a ruling in the New York Second Circuit Court of Appeals. https://t.co/HM976T8zze

Sorry, you can’t call your coffee shop “Caffiends.” That’s been trademarked since 1992 by a shop that closed in 1993. The detritus of past third-party efforts is all around us, unseen, unnoticed and impotent. 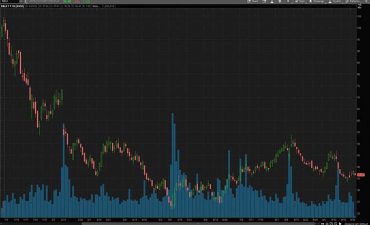 What Are The Best Stocks To Invest In? 4 Entertainment Stocks To Know

A Hurricane Is Not a Political Indictment

The Best Wallets for Men in 2022: 29 Lean, Mean Accessories to Reorganize Your Life 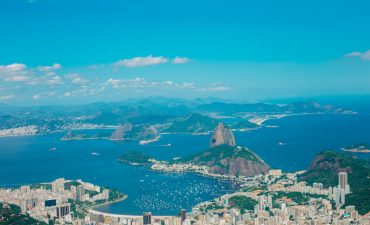 9 Things you must do when you visit Rio de Janeiro, Brazil @VisitBrasil

Are there any free card readers for small businesses?