The debates of the last few weeks have clearly exposed the partisan fault lines on abortion. Democrats have raged about the leaked Supreme Court draft opinion, which would reverse Roe v. Wade and declare that abortion is not a constitutional right. Many Republicans, by contrast, have cheered the decision, with some promising to seek statewide or national bans as soon as possible.

While these positions are familiar today, the parties once took quite different stances on abortion. Fifty years ago, conservative Republicans often supported abortion rights, while many liberal Democrats did not. Historical contingencies during the 1970s, however, drove the parties in opposite directions on abortion, reshaping not only American politics, but also the abortion rights and antiabortion movements.

In the early 1970s, most states still permitted abortion only in cases in which a woman’s life was in danger. But the push for legal abortion was rapidly gaining ground, with 17 states liberalizing their abortion laws over a few years.

Often Republicans were at the forefront of these efforts. The abortion rights movement appealed to libertarians who were suspicious of government interference in personal decisions. Sen. Barry Goldwater (R-Ariz.) — still one of the country’s most prominent conservatives — declared his support for legalizing abortion in 1970, a position he’d hold until his death in 1998. “I believe a woman has a right to an abortion,” he said near the end of his life. “That’s a decision that’s up to the pregnant woman, not up to the Pope or some do-gooders or the Religious Right.” Goldwater’s view on abortion was far from unique in the GOP. Republican governors spanning the ideological spectrum signed a bevy of abortion legalization bills in the late 1960s and early 1970s, including future vice presidents Spiro Agnew (R-Md.) and Nelson Rockefeller (R-N.Y.), and future president Ronald Reagan (R-Calif.).

By contrast, some liberal Democrats — especially devout Catholics who agreed with their church’s position that abortion was murder or those facing a large Catholic electorate — objected to abortion and wanted to couple legal protections for unborn human life with an expanded social safety net. “Wanted or unwanted, I believe that human life, even at its earliest stages, has certain rights which must be recognized — the right to be born, the right to love, the right to grow old,” Sen. Edward M. “Ted” Kennedy (D-Mass.) declared in 1971. He hoped history would recognize his generation as “one which cared about human beings enough to halt the practice of war, to provide a decent living for every family, and to fulfill its responsibility to its children from the very moment of conception.”

The first sign that the parties might be shifting on abortion came shortly after the Supreme Court handed down its decision in Roe v. Wade in 1973. Although the Nixon-appointed Harry Blackmun, a lifelong Republican, wrote the majority opinion, it had the most immediate effect on Democrats. Before Roe, Democrats were divided between two competing rights claims: the feminist claim that abortion was a fundamental human right and the antiabortion movement’s view that fetuses were human lives deserving protection. The court’s decision, however, gave political cover to those who had moral reservations about abortion, but still wanted to defend women’s rights.

If abortion was a constitutional right, Democratic politicians had a constitutional duty to ensure access to the procedure, they thought. This became Kennedy’s position in 1975. And eventually, it became the position of nearly all Democrats who served in national office. Because feminists — who became one of the most important party constituencies over the course of the mid-to-late 1970s — insisted that abortion rights were a fundamental component of women’s rights, Democrats decided that they had to support access to legal abortion. They did so despite knowing that it might offend Catholics or other social conservatives who had once been strong Democrats. Over time, the party strengthened the cautious endorsement of abortion rights inserted into its 1976 platform.

The Republican Party moved in the opposite direction. Its 1976 platform called for an antiabortion constitutional amendment — despite opposition from party leaders, including the Republican National Committee chair and Vice President Rockefeller. President Gerald Ford did not fully support the plank, but his campaign strategists thought it would appeal to northern Catholics alienated by the Democratic platform’s embrace of legal abortion, as well as assuage some of the socially conservative supporters of Reagan, who had nearly succeeded in wresting the nomination from the incumbent president.

This effort did not pay dividends, as Ford lost the Catholic vote and the election. But it paved the way for Reagan to win the support of antiabortion activists in 1980.

Reagan had signed an abortion liberalization bill in California in 1967, but later expressed regret that it had led to more legal abortions than he had anticipated. He also viewed Roe v. Wade as big-government overreach of federal judicial authority. He was not the only Republican who felt this way. The effort to fill the Supreme Court with conservative originalists who might overturn Roe appealed even to some Republicans who supported legalized abortion. Even Ford — despite first lady Betty Ford calling Roe a “great, great decision” — wanted to give states the right to set their own abortion policies.

Antiabortion activists initially hoped for far more — namely, a constitutional amendment protecting human life from the moment of conception. But by the mid-1980s, with polling showing that a majority of Americans supported legal abortion, especially in early pregnancy, they realized that a conservative Supreme Court was the best they could get (at least in the short term), and they began working enthusiastically for Republican presidential candidates who promised to appoint the conservative justices needed to overturn Roe.

As antiabortion activists became more committed to the Republican Party — and especially as the antiabortion movement’s center of influence shifted from Democratic-leaning northern Catholics to southern evangelical Protestants who were much more supportive of Republican conservatism — the partisan divide on abortion sharpened. Some northern pro-abortion rights Republicans no longer felt at home in the GOP and became Democrats.

The Democratic Party, in turn, became more strongly committed to abortion rights, especially after most of the party’s opponents of abortion either left the party (such as March for Life founder Nellie Gray) or, like Kennedy, decided that support for abortion rights was actually the best way to achieve their goal of a compassionate and just society. A handful of nationally prominent Democratic abortion opponents, such as Gov. Robert P. Casey Sr. (D-Pa.) and Rep. Jim Oberstar (D-Minn.), fought to secure space for antiabortion views within the party. But ultimately, most elected Democrats who had once supported restrictions on abortion or abortion funding — including Rep. Dick Gephardt (D-Mo.) and Sen. (later Vice President) Al Gore (D-Tenn.) — moved into line with the party platform on abortion, especially if they had national political aspirations.

As the abortion debate became partisan, it changed the nature of both the antiabortion and pro-abortion rights movements. In the early 1970s, the antiabortion cause had attracted many liberals who believed in a stronger welfare state and a comprehensive defense of human life from conception to natural death. When the Republican Party adopted the issue, the cause became much more individualistic, with a focus no longer on comprehensive social measures to protect prenatal and maternal health, but instead only on legislation targeted at individual behavior (namely to stop women from being able to seek a legal abortion). And when the Democratic Party adopted the cause of abortion access, it turned an issue of individual rights into a matter of social equity centered on Medicaid funding — which left little room for libertarians like Goldwater who supported individual choice, but opposed federal funding for abortion.

Not every party member has gone along with this shift. Thirty-eight percent of Republican voters want abortion to remain legal, while 28 percent of Democrats believe that abortion is “morally wrong.” A sizable minority of Democratic voters would therefore probably be receptive to a promise by their party to reduce the abortion rate by improving economic and health care opportunities for pregnant women and other pregnant people, just as a sizable minority of Republicans would probably welcome a libertarian defense of abortion rights at the local level. But such nuances have been lost in a world in which the two parties have diverged sharply from their original approaches to abortion — thus making compromise on the issue more elusive than ever. 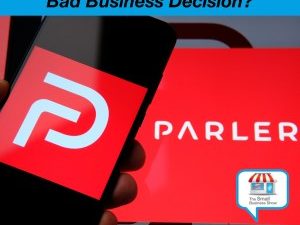