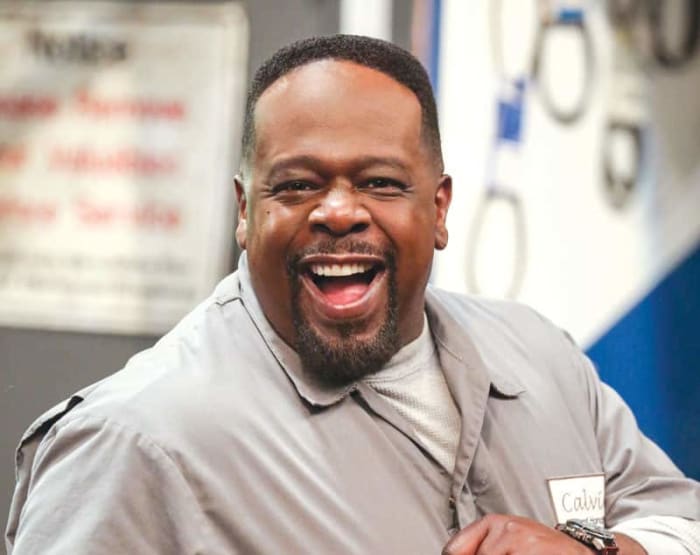 The Neighborhood is set to return for its fifth season. The sitcom is centered around two families living in a predominantly black neighborhood in Pasadena, California. The Johnsons are white and try to be progressive, often to the chagrin of the Butlers’ patriarch Calvin, who is Black and relatively set in his own ways.

Fans of the show are anxious to see what happens in the upcoming season, which will likely see the show hit its milestone 100th episode. Here’s everything to know The Neighborhood Season 5.

Was The Neighborhood canceled?

Related: Max Greenfield Tells All on The Neighborhood

Is The Neighborhood on Netflix or Hulu?

How many episodes of The Neighborhood are there?

The final episode of The Neighborhood Season 4 was the series’ 83rd episode. The total episode count for the fifth season has not been revealed, but previous seasons have included between 18 to 22 episodes. If that remains consistent for the current season, the series will have over 100 episodes by the end of the fifth season.

What was the last episode of The Neighborhood?

The last episode of the fourth season of The Neighborhood aired on May 23, 2022. It was titled “Welcome to the Ring.” The story revolved around Marty trying to plan a proposal to Necie and Dave buying a larger ring for his wife.

Where can I watch reruns of The Neighborhood?

Previous episodes of The Neighborhood are available to stream on Paramount+. Individual episodes or entire seasons can also be purchased on services like Apple TV and Amazon Prime. CBS also occasionally airs reruns of the show.

Related: The Neighborhood Stars Tichina Arnold and Beth Behrs Speak Out on Race Relations and More

Paramount+ streams episodes of The Neighborhood. It’s also available to stream on fuboTV and Pluto. Episodes and seasons can also be purchased on Apple TV, Amazon Prime and VUDU.

What network is The Neighborhood on?

The Neighborhood airs on CBS. It airs based on a traditional broadcast television schedule, with one episode airing a week with the occasional break between episodes. Episodes of The Neighborhood can also be steamed on Paramount+.

Is The Neighborhood on Amazon Prime?

The Neighborhood is available on Amazon Prime, but not as a free streaming show. Prime users can purchase individual episodes or entire seasons from the service. To stream the show at no additional cost, viewers can use Paramount+.

Can I watch The Neighborhood on Peacock?

The Neighborhood airs on CBS, so it is not available on Peacock. Peacock is generally associated with NBCUniversal shows. CBS and Viacom shows typically stream on Paramount+.

Is The Neighborhood returning to CBS?

The Neighborhood‘s fifth season will premiere on CBS on September 19, 2022. New episodes will continue to air on the network every Monday for the remainder of the season, with the occasional break.

Is The Neighborhood renewed for 2023?

The fifth season of The Neighborhood will premiere on September 19, 2022, and will likely run through the first half of 2023. It has not yet been announced if there will be a sixth season of the show, however.

Related: Relive Calvin and Tina’s Vow Renewal on The Neighborhood

Who is in The Neighborhood Season 5 cast?

The Neighborhood stars who will return for Season 5 include:

Cedric the Entertainer as Calvin Butler

Cedric the Entertainer stars as Calvin Butler, owner of Calvin’s Pit Stop and the best mechanic around—but he finds some difficulties working with newer vehicles in Season 5.

“Calvin is the best at working with cars. But cars have changed, and are no longer the analog devices that he knows how to work with anymore,” showrunner Mike Schiff told TV Line. “That’s an arc [in Season 5]. How is Calvin, who is this old-school guy who is too young to be done, going to adjust when the world is changing around him?”

In Season 5, Tina Butler (Tichina Arnold) has a career change. Will her cupcake business survive when she becomes a music teacher at Gemma’s school? That remains to be seen.

Max Greenfield channels his energy as the wannabe-do-gooder Dave Johnson. Showrunners Schiff and Bill Martin explained to TV Line that Season 5 will see Dave actually doing some good in a serious way when he works as a counselor for Veterans Affairs. But don’t worry, you’ll still hear all about his solar panels.

We’ll get to see Gemma Johnson (Beth Behrs) at work in Season 5 as a school principal. It should be interesting to see her interact with Tina at work.

Calvin and Tina’s eldest son Malcolm (Sheaun McKinney) will be a batting coach for USC in Season 5, which gives him sweet connections—and free tickets to LA Dodgers’ games, which he shares with his family and the Johnsons … and of course, hijinks ensue.

Marcel Spears as Marty and Chelsea Harris as Necie

Marty’s engagement to Necie will take center stage for much of Season 5, but it won’t be necessarily about Marty (Marcel Spears) and Necie (Chelsea Harris) as a couple. Necie’s relationship with the Butlers, especially Tina, will make Marty’s life a little more difficult.

“It would be easy if she didn’t like Necie,” Martin told TV Line. “But Necie is delightful, which puts Tina in an impossible position… She has dominated Malcolm and Marty’s lives for a long time—she still feeds them, she still dresses them—and it’s not going to be easy [to let go].”

Hank Greenspan will return as the Johnsons’ son, Grover, for Season 5.

When is The Neighborhood Season 5 coming out?

The Neighborhood‘s fifth season will premiere on Sept. 19, 2022. New episodes will air on Mondays on CBS and will be available to stream on Paramount+. It has not been announced how many episodes will be included in the season.

How many episodes are in The Neighborhood Season 5?

The final episode count for the fifth season has not been revealed. However, CBS ordered a full season of the show, and the season is expected to continue into 2023. Previous seasons have included between 18 to 22 episodes.

Is there a The Neighborhood Season 5 trailer?

A full trailer for the fifth season of The Neighborhood has not been released.

Next, get to know Cedric the Entertainer’s real-life kids.