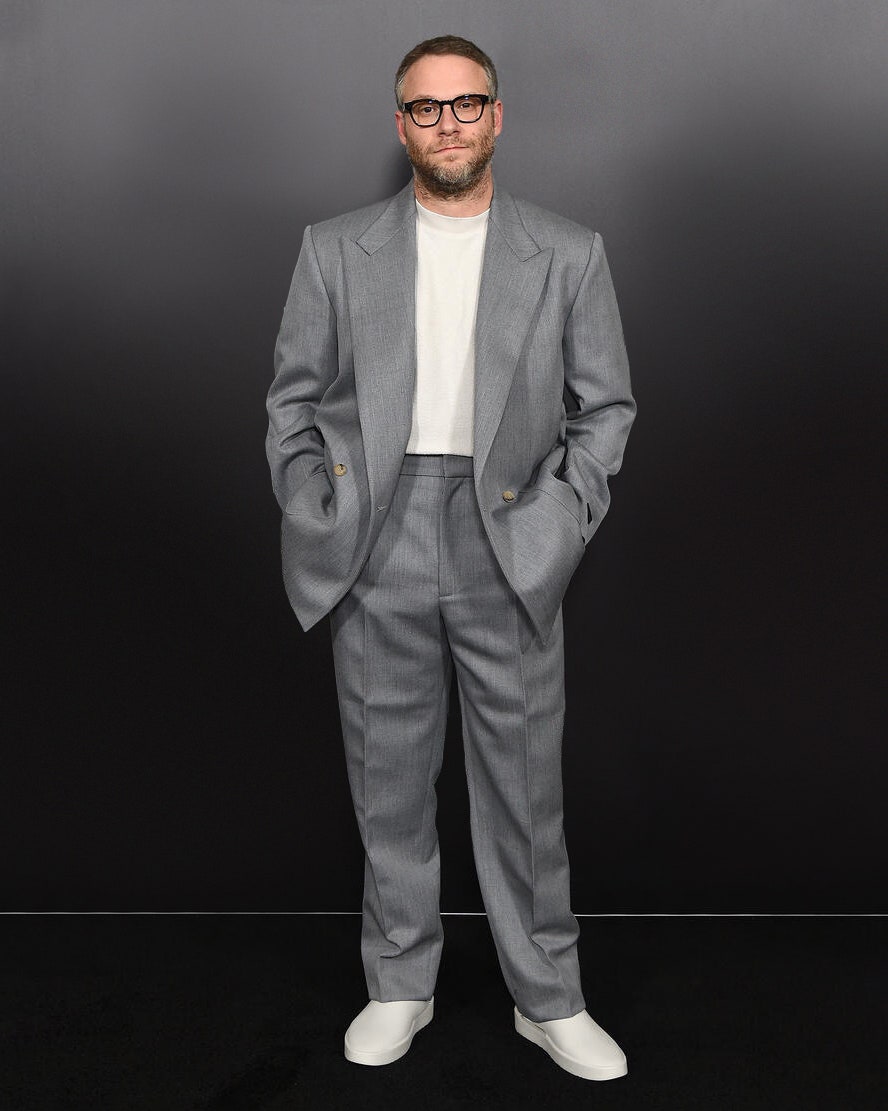 There’s a whole host of hyper-specific redux fashion trends out there these days: the beer-and-glitter allure of indie sleaze, the seedy luxury of ’70s Hollywood, the normie comfort of the dot-com era. But one that’s reached full-bore resurgence are the outsized, vintage-Armani-lite silhouettes of the ’80s and early ’90s—easygoing, double-breasted blazers and big, billowy trousers in shades of gray, taupe, and brown. The look has been championed by celebrities like Seth Rogen and Zendaya, who both wore tonal suits from Fear of God this year, and has been trickling down ever since.

This sort of monochromatic, gentle-macho ensemble has long been a favorite reference point for fashion types, but it’s been making its way into the mainstream, thanks, in large part, to the other famous men who have joined the louche suit brigade in recent weeks. There’s Matt Smith, standing contrapposto in an open, dove-gray double-breasted Armani herringbone suit. Yahya Abdul-Mateen II and Corey Hawkins, both in easy gray suits layered over a ribbed tank or a turtleneck (perfect sleaze), with arty shoes. Nicholas Hoult, wearing a baggy slate dress shirt (with a white undershirt peeking out—also perfect sleaze), billowing trousers, and bulky Derbies, and James Marsden in pleated pants and a slightly shiny, stone-brown double-breasted blazer and geeky suede oxfords.

Back in the spring, Fear of God designer Jerry Lorenzo, explaining the vibe, told GQ that he’d found himself “chasing this Kenny G reference,” hoping to capture the essence of the legendary saxman’s humongous, boxy suits that held their own against the full-bodied, velvet-smooth brass. Done well, there’s something futuristic about it, too: Lorezno said he wanted his pieces to look like they “could have come out in 1986 or 2040.” That large a timespan leaves us with a lot of cultural reference points. It’s an American Gigolo–American Psycho double-feature streamed from your couch. It’s a Google Image search of Richard Gere in the ’80s—and the ’90s. (As American Gigolo director Schrader once told British GQ: “As an actor, Richard was more interested in the character than the clothes, but to me the clothes and the character were the same. I mean, this is a guy who does a line of coke in order to get dressed!”) It’s the smell of Marlboro Golds and a sous vide steak. It’s the guy who hangs around at gallery openings looking like he might actually buy something, but then bails for a nightclub. It’s dorky, elegant, foppish, sensual—and, to borrow from that other big trend these days, more than a little sleazy.