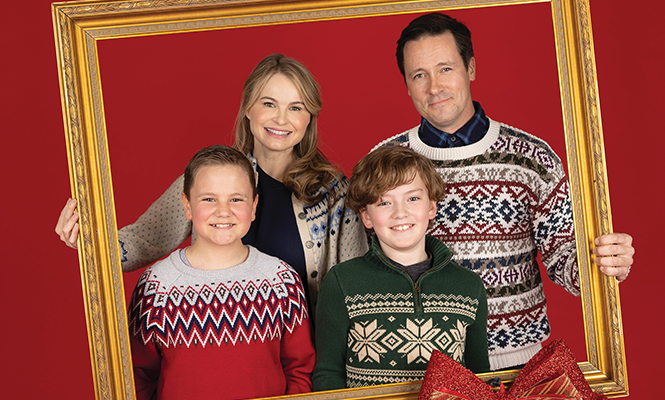 Pioneer Theatre Company: A Christmas Story: The Musical
For nearly 40 years, audiences have found a connection to the story of Ralphie Parker, the young protagonist of the 1983 film A Christmas Story. From its annual marathon presentation on cable TV to this year’s follow-up A Christmas Story Christmas, it’s one of those rare pop-culture tales that has stood the test of time, anchored in the charm of author Jean Shepherd’s nostalgic reflections on his 1940s Midwestern childhood. The appeal of that story was further proven by the development of a 2012 Broadway musical version of A Christmas Story, which featured songs by the soon-to-be-ubiquitous team of Benj Pasek and Justin Paul (Dear Evan Hansen, La La Land, The Greatest Showman).

Thanks to that beloved story, the bones of this musical version are certainly strong. It still focuses on the holiday season of 1940, where young Ralphie wants nothing for Christmas more than he wants a Red Ryder air rifle. But while the familiar refrain of “you’ll shoot your eye out” lingers in the popular consciousness, the emotional connections provide the perfect stuff for musical accentuation—the response of Ralphie’s mother to his profanity-filled attack on bully Scut Farkus, or the special Christmas morning surprise provided by Ralphie’s Old Man. 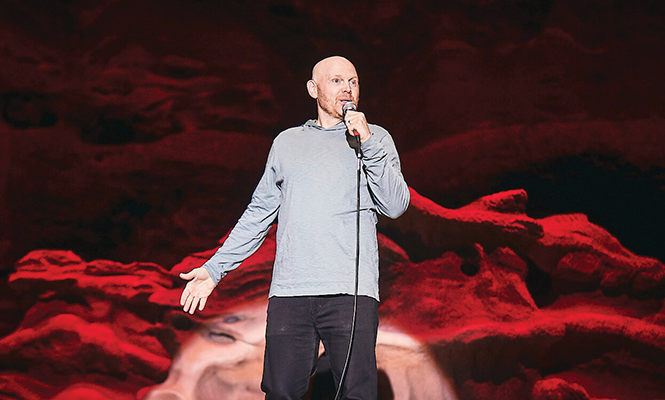 Bill Burr @ Maverik Center
Comedian Bill Burr can claim a number of impressive accolades, among them his Emmy and Grammy Award nominations, his frequent television, film and live performances, plus the popular Bill’s Monday Morning Podcast. His current tour—”Bill Burr (Slight Return)”—recently made history when Burr became the first comedian to perform at Boston’s famed Fenway Park.His critically-acclaimed Netflix special Bill Burr: Live at Red Rocks (pictured)— his sixth stand-up special overall—and his free streaming series Bill Burr Presents: Immoral Compass also attest to his work ethic, which apparently stands in stark contrast to his admission that he wasn’t a high achiever in school. One would never know that given all he’s achieved since.

He recently completed production on the film Old Dads, for which he co-wrote, directed and serves as one of its stars. That’s in addition to the animated series F Is For Family (now in its fifth and final season on Netflix), his recurring role as Mayfeld in the hit Disney+ series The Mandalorian, and a steady stream of late-night talk show appearances. That said, his admittedly ill-tempered, politically incorrect attitude affirms an unapologetic approach. He once shared this anecdote about his time working in a warehouse: “If my boss gave me a rough time, I could just get on a forklift and just, like, drive away.” These days however, he’s clearly here to stay. 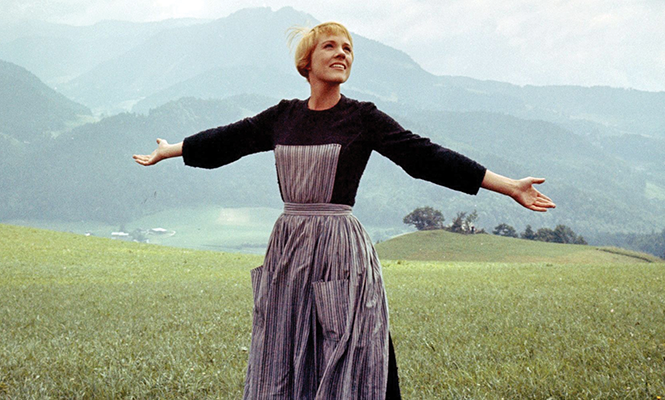 “Sing With Maria” The Sound of Music @ Broadway Centre Cinemas
It might have seemed easy enough to transfer movie-viewing to an at-home thing during these pandemic years, but some movie options just call for a collective experience. Imagine, for example, sitting in front of your TV throwing toast at the screen while watching The Rocky Horror Picture Show. Not quite the same, now, is it?

So even if you’ve seen The Sound of Music many times before as a holiday family tradition, you’re still in for something completely different with the Salt Lake Film Society’s interactive “Sing With Maria” screening of the classic 1965 film. In addition to enjoying the tale of young would-be nun Maria and her adventures with the Von Trapp family in Nazi-era Austria, you’ll get to join in the experience of singing along to beloved tunes like “Do Re Mi,” “My Favorite Things,” “16 Going on 17,” the title song and more. The event also features a costume parade and contest based on audience vote, pre-show entertainment, and a treat during the 20-minute scheduled intermission of tea and cookies. More than just an outing to the movies, it’s a community celebration of music, entertainment and making it clear how much Nazis suck.

“Sing With Maria” The Sound of Music runs for two showings at the Broadway Centre Cinemas (111 E. 300 South) on Saturday, Dec. 10, at 2 p.m. and 6:30 p.m. Tickets are $20 per person, and include a prop bag, collectible sticker and button; no outside props are permitted. Visit slfs.org/soundofmusic/ for tickets and additional event information. (SR)