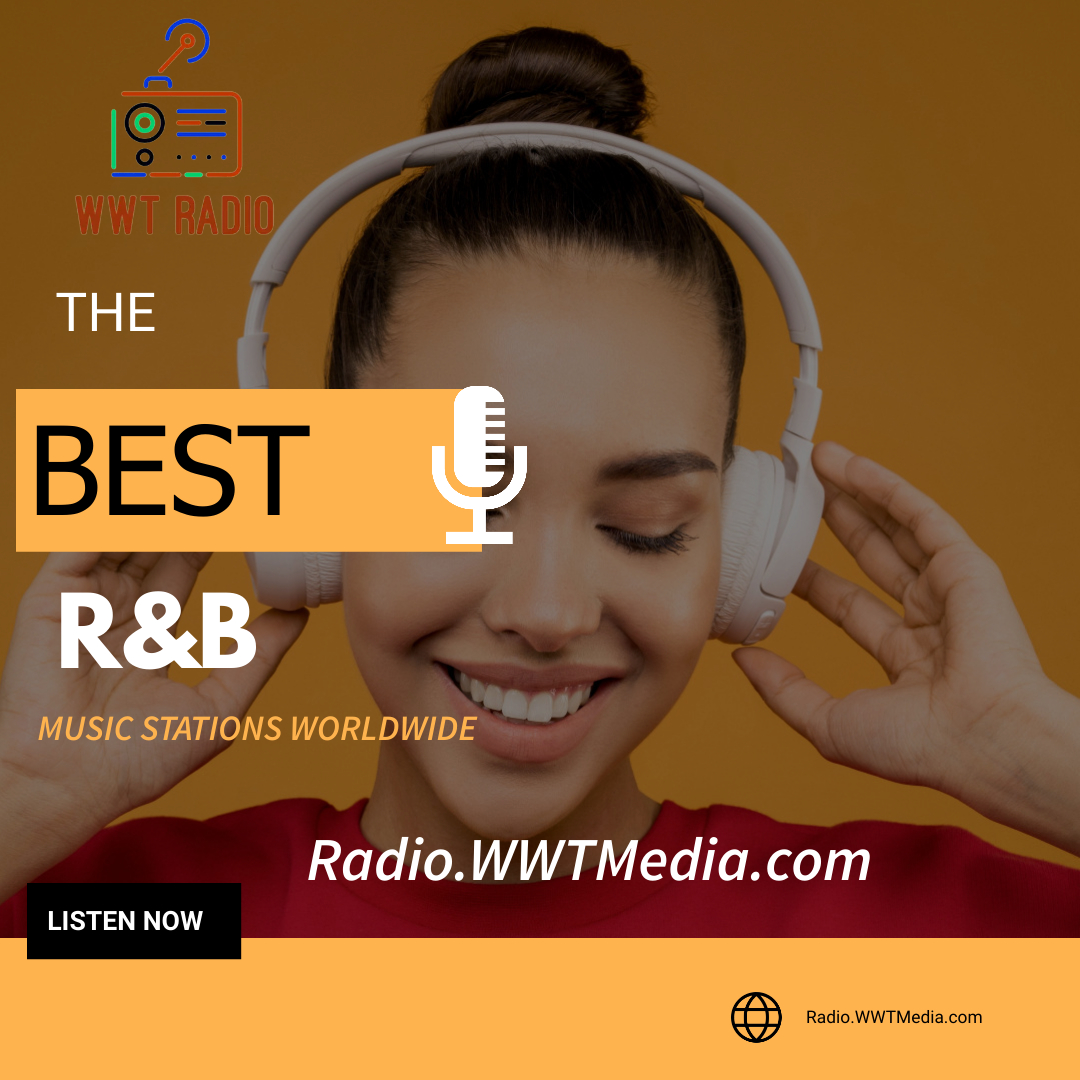 There are many different types of radio stations available online, but a few stand out as the best. Here are some favorites. Worldwide Tweets Radio which has over 10k stations, Spiritland radio is an alternative music station based in London with vinyl-heads choosing the music. It features the best in independent music, left-of-center sounds, and live performances. You can listen to their entire playlist on the website or stream it live. Here are some other stations worth checking out, too.

As mentioned above Worldwide Tweets Radio is one of the most popular and best-rated online radio stations. With over 10k radio stations on their platform it’s always something to discover. Which means you can have an adventure looking for something that fits your mood at that exact moment. They have every genre you could think of including news, comedy, and talk shows. They have a trending station section so you can always check out which station are the hottest or search their site by genre, location, or keyword. You can also embed or share your favorite station as well. See why so many people are using Worlwdie Tweets Radio today. A demo of one station is below.

The independent, multi-channel internet radio station SomaFM began broadcasting out of the basement garage of the station’s founder, Rusty Hodge, in 1999. Initially broadcasting as a micropower station for the Burning Man festival, SomaFM expanded and began broadcasting on the internet as a full-time service in February 2000. The station features a diverse range of genres including ambient, chill, downtempo, and more.

SomaFM started broadcasting in 2000 and has since developed a loyal following, primarily among indie listeners. The station is based in the underground club district of the South of Market, otherwise known as SoMa. The station prides itself on offering alternative and non-mainstream formats. In addition to Soma FM, San Francisco public radio station KEXP has become a popular destination for Alternative music lovers thanks to its unique format. Its unique in-studio programming is one of the station’s major draws.

SomaFM is a community-based music station, which means that it pays all equipment and bandwidth to provide its services. This means that every tune-in earns the station money. The station also offers a variety of music channels, including holiday music, ambient electronic music, and early 2000s classics. It’s no wonder that SomaFM is one of the best online radio stations.

In addition to Soma FM, you can also listen to popular music channels like Smoothbeats. This online station is a one-channel affair that plays quality hip-hop, both mainstream and underground. This station plays RJD2, Kanye, and Pharoahe Monch. You’ll also find a huge variety of hip-hop on Smoothbeats. Smoothbeats fills a huge gap in the streaming radio world.

If you live in Seattle, Washington, then you have probably heard of KEXP. This community radio station is a staple of indie music culture, and it is a must-listen if you’re a fan of the arts and music. Its unique approach to music has made it a right of passage for indie musicians from all over the world. In addition to playing music that many people can’t get anywhere else, KEXP also broadcasts live studio sessions from other bands.

KEXP’s D.J.s are walking Wikipedias of musical knowledge, and they know what they’re talking about. For example, one KEXP show was dedicated to the deconstruction of a Beastie Boys album. Every track was played, including unreleased versions. The result was a stellar 12-hour radio show that featured a mix of classics and originals.

While streaming services have changed the way people listen to music, traditional radio still has a loyal audience. For example, the BBC Radio 2 internet radio station in the UK is listened to by millions of people around the world. The quality of internet radio stations has surpassed that of traditional radio stations. Many listeners find KEXP a refreshing change from the monotony of mainstream radio. The station’s name is also unique, and its origins are interesting.

Another great feature of KEXP is its mobile app, which works well. It should allow listeners to download archived shows and link to the profiles of the DJs. The app also drops the stream occasionally and forces you to wait for a restart. However, other than that, KEXP is a great station to listen to! If you love listening to music, KEXP should be at the top of your list.

If you are looking for a great way to get into the underground music scene, then Worldwide FM is one of the best options. This internet radio station has studios in several different cities worldwide and has won numerous awards, including a Jazz FM award. Listeners can also find special shows in Japan, with Toshio Matsuura hosting a weekly jazz-infused show. In addition to the UK, Worldwide FM also has partner offices in many other countries.

Balamii, a community-based radio station in London, features DJs from the African Diaspora and the UK. The station also features an eclectic mix of musical genres and guests. It has aired tracks by artists like Kojey Radical, Stewart Lee, Seun Kuti, and other underground musicians. Several of its shows have been featured in the Times and the Guardian, as well as on TV and in magazines. The station has even produced a ‘Vinyl Revival’ series on BBC 6 Music.

With a database of more than 100,000 radio stations from around the world, exploring the world of internet radio can be a rewarding experience. But before you begin your journey, here are some guides and a map to help you get started. First, read the first installment of the story. Otherwise, jump straight to the top picks for the best online radio stations. You’ll never be short on options if you use these guides!

The BCR team is a self-taught team, and they help their volunteers learn the technical side of radio. They’ve even been known to set up makeshift radio stations with only a small kit. Additionally, they produce the BCR zine and run the Incubator Program. This program gives local musicians and artists regular platforms. In addition, you can also check out the latest in new talent and artists.

K-LOVE is a national, non-commercial station. It does not require a donation. K-Love has been a member of the National Religious Broadcasters since 2002. It has also won several awards, including Best Broadcast Website. Its staff includes Barbie Briggs, a group fitness instructor at an East Lake YMCA, and an office manager for a local real estate company.

Christian music is the main focus of K-LOVE. Their playlist features artists like Chris Tomlin, Casting Crowns, Third Day, and Matthew West. Their message is to draw people to an authentic relationship with God and to live in the world. This is a great way to spread the word about God while listening to K-LOVE’s playlist. K-LOVE has an app that lets you listen to your favorite Christian radio station on the go.

Using an app for your smartphone or tablet, you can listen to the radio station wherever you are. The station offers music, prayer, and inspirational talks. This means you can listen to K-Love from anywhere, whether you’re in the car or in your bedroom. You can use TuneIn to listen to K-LOVE wherever you are. This app offers a variety of features to help you enjoy the station even more.

The Joy Christian Radio station’s morning show has the advantage of being the only one without a commercial, and has minimal staff turnover. The lineup is all local, and many of the artists perform at local churches or Christian events. Both stations are part of the national for-profit Salem Media Group, which generated $262.8 million in revenue last year. Unlike K-LOVE, Joy Christian Radio has no commercials. Instead, they rely on occasional on-air begging campaigns.

If you are a music lover, you can listen to Virgin Radio UK on your favorite streaming platforms. The radio station is available on various FM frequencies and on the DAB+ digital radio platform. Virgin Radio can also be listened online through various streaming services. If you like to listen to bangers and street anthems, you should try Virgin Radio Anthems UK. It is on air on Thursdays from 2pm to 6pm. It also broadcasts classic tracks. It is one of the best online radio stations in the UK.

You can listen to Virgin Radio UK online for free for a limited period of time. They have a lot of music to offer. They play songs back-to-back in the night. They also have two spin-offs for the digital network, Virgin Chilled, which plays acoustic music, and Virgin Anthems, which features 80s and 90s guitar. The radio station is not as old as the BBC, but the 1990 Broadcasting Act allowed commercial radio stations to broadcast nationwide.

The station started out as a digital radio+ radio station, but quickly became popular around the world. Virgin Radio has stations in many cities across the world. With its DAB frequency, it has the potential to reach 75% of the UK’s population. It is also accessible through Sky television. It offers a number of features for listening to radio online, such as a playlist repository and live broadcasts. You can choose the station that suits your taste.