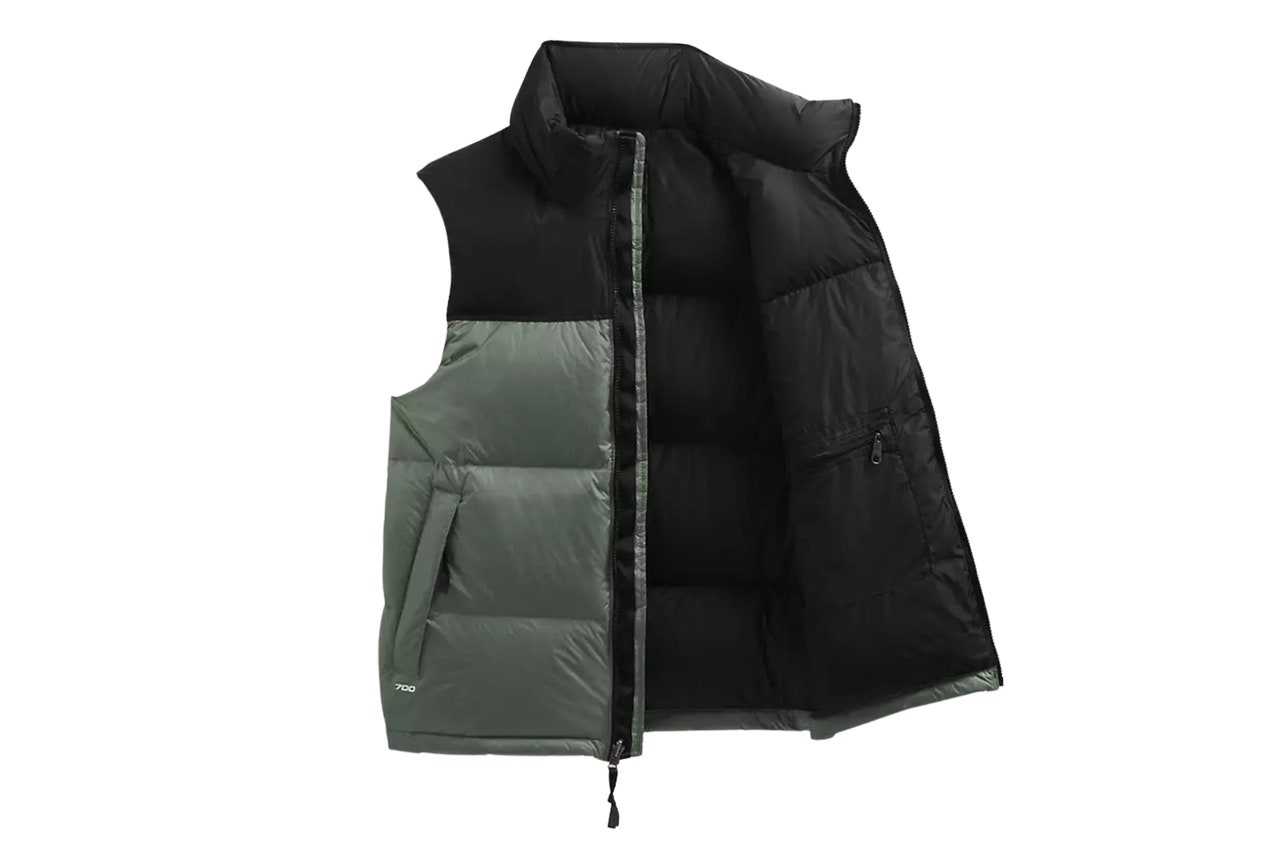 The best down vests for men will make you believe in the power of expert-level layering. Vests, we grant you, can be a little precarious. They have their pitfalls. The fleece variety have been forever co-opted and corrupted by finance bros. Dressier ones will have you feeling like 2009-era Justin Timberlake…but actually looking like 2007-era McLovin’. But down vests? The worst passing remarks you’ll hear in a down vest will all be incredibly stupid. Like, “Aren’t your arms cold?” Or, “Nice coat. But where’s the rest of it?” The worst (only?) pop-cultural reference someone can make about your down vest is Marty McFly, who is easily the coolest, best-dressed teenage friend of a disgraced nuclear physicist in film history. Oh, right, yes—and they also happen to be exceptionally useful and wearable and stylish.

And unlike, say, a full-on parka, the down vest is exponentially more versatile. Some are light on the “puff” and heavy on the “vest”, perfect midweight layers you can throw on between a threadbare vintage tee and a beefy-as-hell jumbo fleece. Some lean all the way into their aprés ski energy, via explosive prints that’ll transform you into the king of any mountain. (We’ll let you decide if said mountain is literal or metaphorical.) And in the middle is a whole range of discreet, solid-colored options designed to keep you warm without making a big fuss about it.

Which means they’ll slot in perfectly under your tailored topcoats and trucker jackets, or look fly as hell worn over suits and chunky sweaters and thick flannel shirts. In other words, the best down vests for men are foolproof—the one member of the vest family you can always count on, no matter how you like to, ahem, get down. These are 19 of our favorites you can buy right now.

The Best Down Vests Shopping Guide

The Best Blizzard-Ready Down Vest

The North Face’s legendary Nuptse jacket routinely ranks at the top of our lists for a few reasons. For one, it’s ridiculously warm, packed with the brand’s coziest 700 grade down fill, the kind designed to keep arctic expeditioners toasty while they scale Mt. Whatever. (Needless to say, it’ll do the same for you while you peruse the frozen food section at Trader Joe’s.) Its sleeveless relative offers the same unbeatable blizzard-busting qualities, in a not-quite-as-bulky silhouette. Plus, the retro-inspired version we dig comes in a perfectly boxy cut, all the better to sync up with baggy double-knees or just a wide-wale pair of cords.

The Best Down Vest for Layering

Todd Snyder’s 650 fill power down joint is warm enough to wear on its own when the temperature hovers around sixty degrees, but it really shines as a jack-of-all-trades layering piece. The appeal here isn’t just the pine green shade of nylon or the flannel-lined pockets—though, sure, those are great too: it’s the vest’s deceptively lightweight, perfectly cropped silhouette, ideal for throwing on under a trucker jacket on the weekend or a cocooning topcoat en route the office.

The Best Down Vest for Stunting on the Finance Bros

Patagonia’s vests earned a little bit of a bad rap over the last decade as Wall Street’s layer du jour—so much so, in fact, that a couple of years ago the company announced it would no longer supply financial institutions with its fleeces. Which is a real shame for your junior analyst friends (cry us a river, Brent) but a boon for everyone who knows that the brand still makes killer outerwear aplenty, much of it a lot cooler than the stuff you’re used to seeing in FiDi. Take, for example, this beefy, Western-inspired number, kitted out with a contrast yoke and a reversible faux shearling lining. Two extremely rad vests in one? That’s an ROI even Brent can appreciate.

The Best Dressed Up Down Vest

If you tend to associate down vests with the great outdoors, Thom Browne would like a word. His handsome herringbone number cheekily remixes one of his signature gray suits, down to the beefy tweed body and repp-inspired back yoke. Sure, you could wear this with jeans and a pair of luxed-up alpine boots, but it’d look more at home layered over a shrunken suit jacket than anything you’d break out for your annual trip to the Poconos.

The Best “Westward Ho!” Down Vest

Since the ‘60s, Rocky Mountain Featherbed has been crafting premium down jackets that could go toe-to-toe with any of their tech’d out counterparts today. In 2022, the once Wyoming-based label makes all of its goods in—where else?—Japan, but its vests remain a standout. Its nylon body offers weather protection in spades, and the rugged leather yoke, a nod to the brand’s Western roots, adds just the right amount of home-on-the-range edge (and plenty of textural contrast) to help distinguish yourself from the fleece-clad flock. None of it come cheap, but painstakingly recreated classic Americana rarely does.

Plus 15 More Down Vest We Love

Because when you a need hard-working, easy-wearing layer to anchor your beat-up jeans and work boots, there’s really only one brand you should turn to.

Ralph Lauren’s whole MO centers around transforming Americana staples into luxury must-haves, and RRL is to the American West what Polo is to the American East—but exponentially more upscale. If you’re herding cattle in this guy, you probably own the whole damn ranch.

Sid Mashburn’s mossy green number might look like down, but it’s actually stuffed with an absurdly luxurious cashmere blend too good not to spotlight here.

Most down vests aren’t all that suitcase-friendly, but this ultra-warm number comes with its own little pouch for easy toting.

Uniqlo’s expectedly utilitarian option is on the thinner side, which makes it perfect for layering beneath a suit jacket when you need a few extra degrees of warmth.

Cold, rainy days are no match for the weather-busting union of hardy down fill and waxed cotton.

An earthy down vest with bonus chest pockets for storing life-saving camping gear or, like, an extra phone charger.

There are vests designed to provide a lightweight barrier between you and the brisk fall air. Then there’s this big boy, which is more like an impenetrable fortress.

The lack of a traditional stand collar makes this minimal-leaning reversible number ideal for over-hoodie layering.

Not a fan of swishy fabrics with names you struggle to pronounce? Corduroy always feels a little more au naturale.

It was Professor Plum in the sick vest with the candlestick!

Goths need to layer up too, even if that means simply tossing this vest over a drapey Rick tank top.

Made with abrasion-resistant Cordura fabric, packed with premium duck down, and kitted out with a toasty shearling collar, Parajumpers’ riff on the genre is ideal for actual climbers and gorp-minded style gods alike.

The sleek, cloud-hued nylon and lack of visible hardware make this vest feel like a vision into the menswear future. If this what lies ahead, we like what we see!