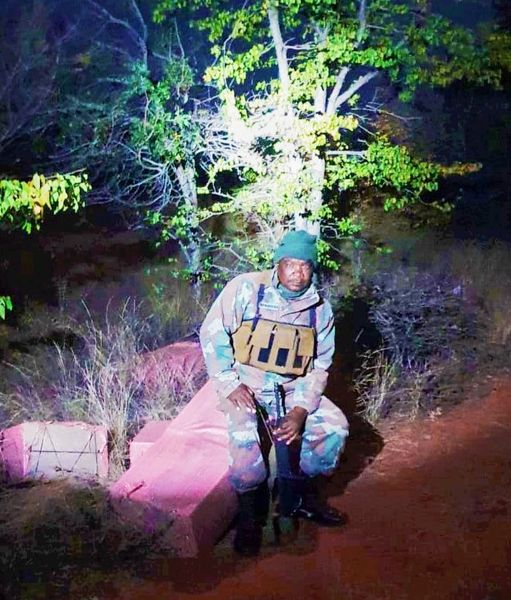 Another who is concerned about particularly the health and welfare of soldiers deployed on the border protection tasking is General Rudzani Maphwanya.

In his first introduction to a Department of Defence (DoD) annual report, the just released 2021/22 edition, the SANDF Chief writes the national defence force “needs to maximise the potential of the 15 sub-units [companies] on the borderline by creating positive working conditions and environment for our men and women in uniform”.

Continuing, he states “efforts must be made to refurbish Operation Corona infrastructure to create humane conditions for our soldiers”.

On technology acquisition specifically for border protection, the JSCD heard R225 million was allocated in 2020 for utilisation over three years. The R65 million allocated for year one was redirected and utilised in combatting COVID-19. The R75 million year two (2021/22) allocation went to what a presentation said was “improvements to facilities and critical PME (prime mission equipment) requirements” with the final R85 million tranche going to unspecified “technology systems”.

A presentation by Chief Joint Operations, Lieutenant General Siphiwe Sangweni, to the JSCD revealed “work is underway to bring in technology in the form of sensors and radars as a force multiplier in the medium term.”

Technology has been utilised in border safeguarding for a number of years to date and unmanned aerial vehicles (UAVs) continue in service. “New technology systems in the form of sensors and radars are being acquired for deployment on the borderline by next year (2023),” Sangweni’s presentation stated.

Judging from a Parliamentary Communication Service statement, at least some acquisition problems are a result of “lengthy procurement” with the JSCD “urging” senior military leadership to work with National Treasury to ensure this “ongoing problem” is resolved with soldiers on the ground accessing whatever technology is acquired.

The publicly elected representatives on the JSCD maintain the national defence force needs to work with “related government departments at all levels” to overcome “infrastructure challenges”. These include poor fencing, patrol road and access routes.

Unrelated, but in line with Maphwanya’s annual report introduction, the JSCD wants “proper attention” given to soldiers’ morale which “impacts negatively on operations” with improved facilities singled out.