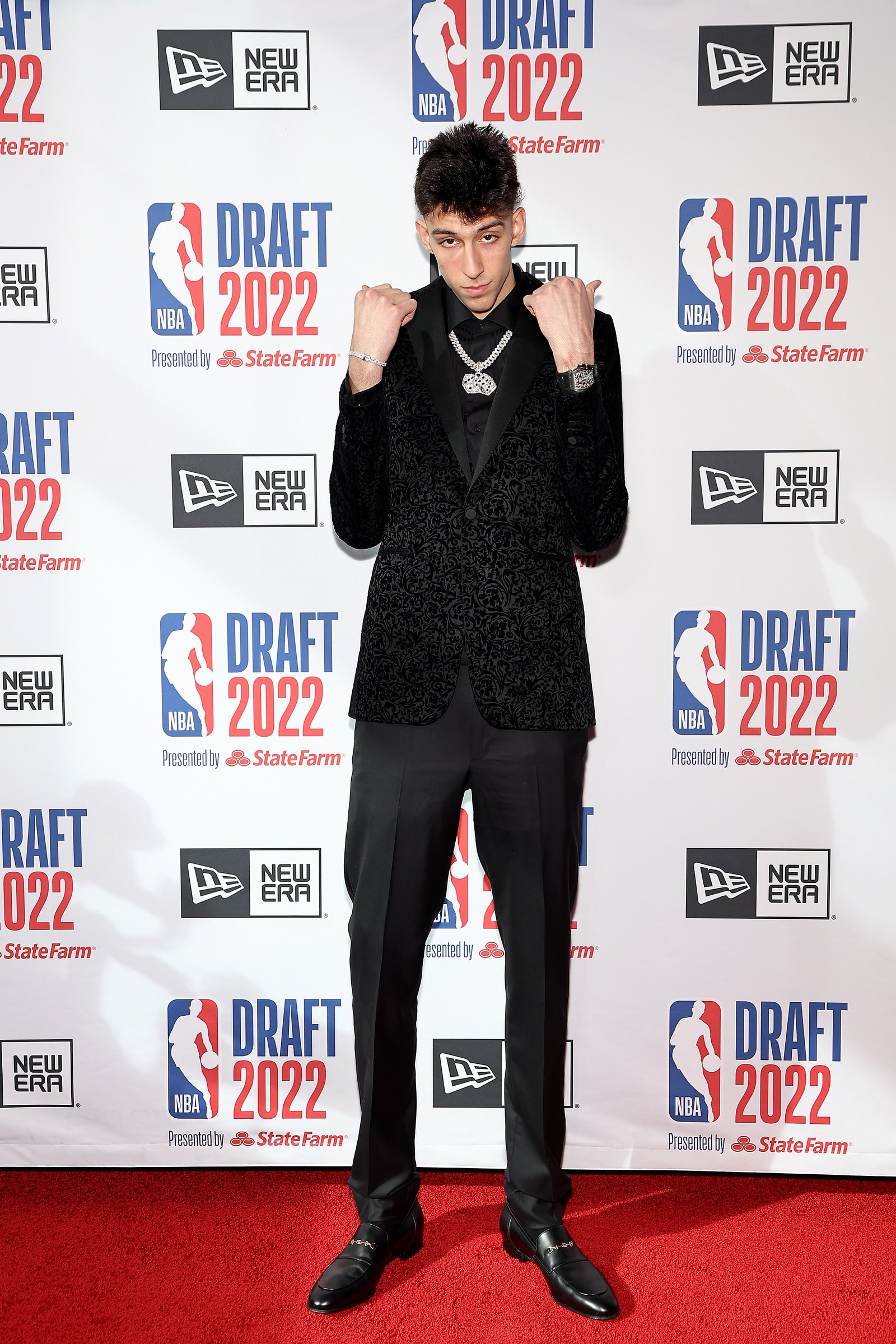 From the jump Holmgren had set his sights on a black paisley jacket, which he agreed would be paired with a matching vest. The look would eventually be filled out by a simple black tuxedo shirt and pants to match. In a League-ready move, Holmgren also wanted to swap out a tie in favor of a chain. Asked if he’d be wearing the thin silver link that dangled under his T-shirt, he smiled. “Nah, it’ll be way bigger,” he said.

The Zegna number wouldn’t be Holmgren’s first made-to-measure suit—he got a simple one made during his year at Gonzaga—but he professes the gulf in the quality between the two means it might as well be. “You only get to make a first impression once, so I went with Zegna,” he said. “I wanted to make sure I left this to some of the best in the business.”

That jump in quality is necessary, too—whoever designed Holmgren’s suit would have a tricky frame to work around. He’s seven feet tall, but he’s also notably angular and lanky. (There’s a reason it looks so wild when he takes the ball coast to coast.) That rules out the wider, drapier fits of the moment—but going too slim with the tailoring could result in the wrong look, too. (The good comp is Kevin Durant. The bad comp is Jack Skellington.) “We had to pay close attention given his figure,” Zegna MTM manager Riccardo Davoli noted. “But that’s the benefit of made-to-measure versus working from something off a rack. We can style according to any sort of body shape.”

In the weeks leading up to the draft, Holmgren hit Neiman Marcus twice: first for an initial brainstorm and measuring session, and then for his final fitting. When he exited the dressing room at the second fitting, his team breathed a sigh of relief. The paisley worked and the cut played to his proportions perfectly. Adjustments would be minimal and the suit he now wore was more or less ready for big time. Maybe the black suit flattered him more than the sweats he wore when he entered, bag of Chipotle in tow. Or maybe the 20-year-old just radiated the confidence anyone feels when they try on a suit made just for them. Whatever it may have been, upon seeing him a Neiman Marcus associate muttered, “He looks four inches taller.” They weren’t wrong.