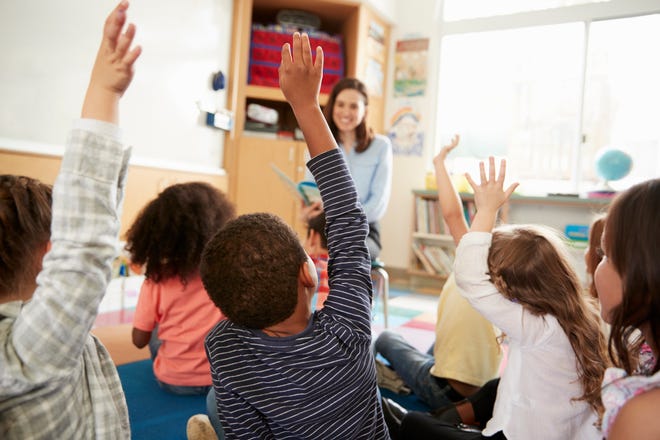 Ohio’s K-12 students missed more school in 2021-2022 than they did during the previous year. The U.S. Senate candidates finally agreed to debate, and a key Republican says police reform isn’t happening this year.

We break down what it all means on this week’s episode of Ohio Politics Explained.

It’s a podcast from the USA TODAY Network Ohio Bureau where we catch you up on the state’s political news in 15 minutes or less. This week, host Anna Staver was joined by reporter Laura Bischoff.

About 30% of Ohio’s K-12 students were chronically absent during the 2021-2022 school year, according to new data from the Ohio Department of Education.

That means they missed at least 10% of their classes and are more likely to fall behind academically and even drop out.

“There’s a lot of work happening,” said Chris Wollard, the chief program officer for ODE. “It’s a priority for the state and for the department.”

“People during the pandemic thought, ‘Oh, older kids can handle remote learning,'” Kogan said. “That’s really proven not to be correct. They fell behind and aren’t recovering as fast.”

After weeks of going back and forth, Ohio’s two major party candidates for U.S. Senate agreed to debate twice in October.

Republican J.D. Vance and Democratic U.S. Rep. Tim Ryan will stand on stage together Oct. 10 for a FOX 8 Cleveland debate and on Oct. 17 at Stambaugh Auditorium in Youngstown.

No debates have been scheduled as of yet for Ohio’s governor’s race.

Ohio’s Department of Job and Family Services halted the state’s unemployment overhaul after federal investigators said two people from the company Ohio hired for the job stole trade secrets from their former employer.

Minnesota-based Sagitec Solutions got an $86 million contract from Ohio in 2018 to update the unemployment compensation system, including its website.

But in August two of Sagitec’s partners were indicted on charges that they used materials they acquired while working for Deloitte to win contracts to update unemployment systems in West Virginia and Maryland.

A Sagitec spokesperson said the company was confident employees can meet its ongoing commitments.

Ohio lawmakers won’t be passing a comprehensive set of police reforms that have been promised since George Floyd’s murder and the national protests that followed.

Ohio Gov. Mike DeWine has been advocating for a list of reforms such as banning the use of chokeholds in most situations and creating a statewide database to record use of force incidents.

His spokesman Dan Tierney said, “We would disagree that this issue is dead. There are many different pieces to this issue, some of which have been enacted, some of which still need to be enacted, including increasing money for continuing training.”

Listen to “Ohio Politics Explained” on Spotify, Apple, Google Podcasts and TuneIn Radio. The episode is also available by clicking the link in this article.