“We are the next generation — the next group of people who will be running for elected seats will be kids who are in college now,” Trepper said. “So it’s important that we get students involved early so that way they don’t have to catch up when they’re full-blown adults.”

What You Need To Know

Lewis, a first-year student, is a part of the men’s lacrosse team and is in the honors program. Trepper, a junior, is the Student Government Association president and is a pitcher for the men’s baseball team.

On Thursday, Greensboro College, along with Lewis and Trepper, hosted a roundtable discussion so students could get a better understanding of what issues are important in Greensboro for the midterm elections.

They handed out flyers and posted them on bulletin boards across campus to get the word out about the event. 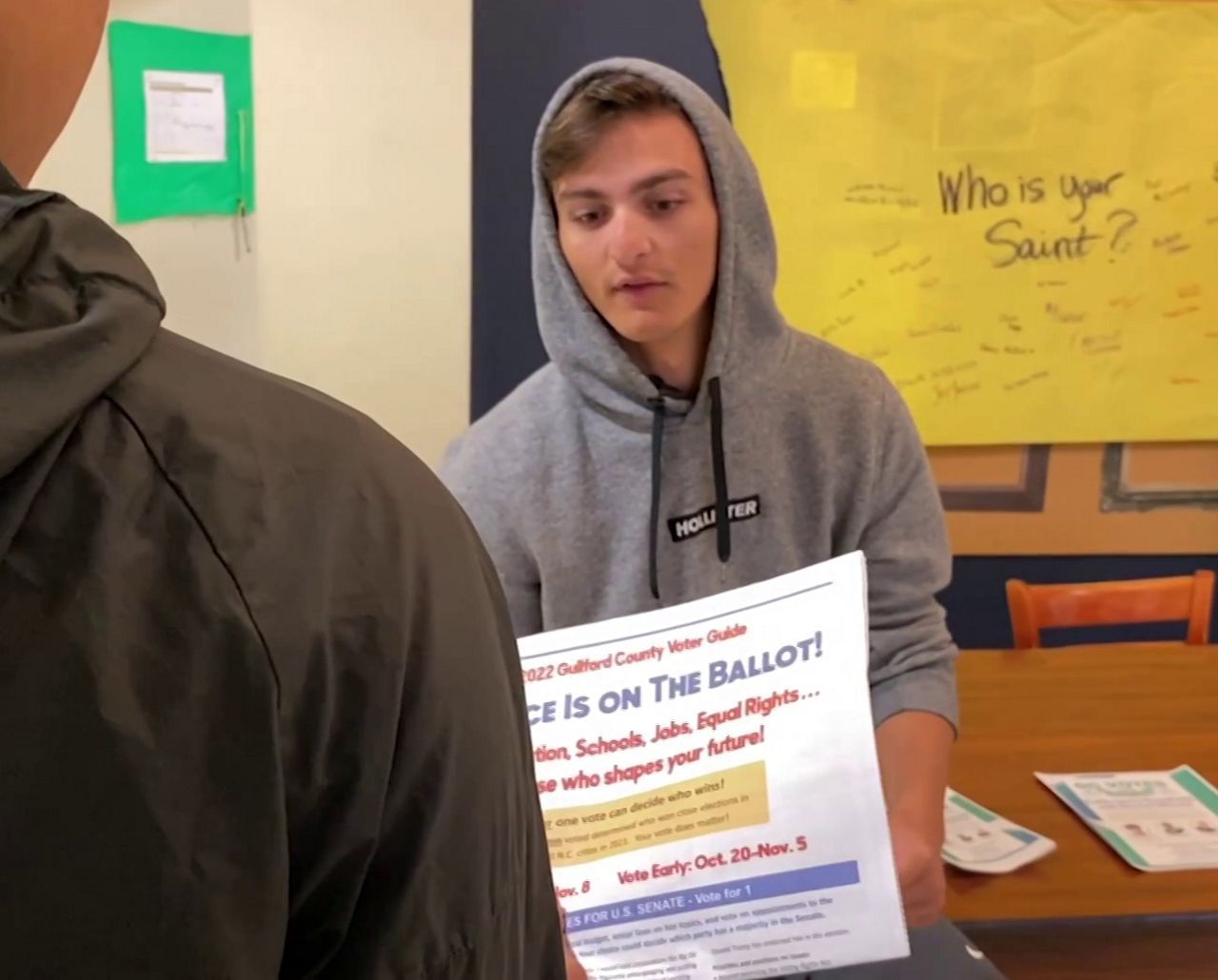 Alex Trepper, a Greensboro College junior and president of the Student Government Association, hands out flyers on campus ahead of Election Day. (Spectrum News 1/Kay Paddyfote)

They also handed out pamphlets on who is running in the election and what policies they are running on.

“With all the emails going out, it can be very easy to not check it, not see what’s going on,” Lewis said. “By getting out here, we get the chance to let them know and keep them informed and hopefully get some more people to go out there so we can have some productive conversations.”

The student population at Greensboro College is less than 1,000, which Trepper said can have its ups and downs.

“It’s hard to really feel like you’re doing something when only 20 people come out,” Trepper said. “On the other hand, because it’s a smaller campus, if you reach those 20 people, those 20 people will be able to reach other people because everyone knows everyone.”

While walking around campus, both students knew pretty much everyone they spoke to, and they could go into classrooms and leave flyers on the desks.

“No professor is going to tell you no when you just walk into their classroom and hand it out,” Trepper said.