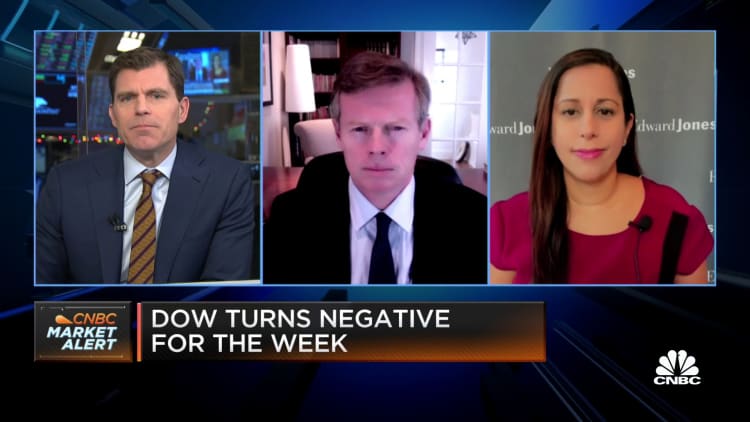 The S&P 500 and the Nasdaq are on track for modest weekly gains, while the Dow is on pace for a similarly minor loss.

Nonfarm payrolls increased 263,000 in November, a bigger gain than the 200,000 increase expected by economists polled by Dow Jones. The unemployment rate held steady at 3.7%. Average hourly earnings also came in above expectations, jumping 0.6% compared with the prior month and 5.1% against the same month a year ago.

Treasury yields jumped while stocks slid as investors digested the data, which was closely watched, with labor considered a relatively stubborn area of the economy.

“The supply of workers remain low, the demand for workers remains high,” said Michael Arone, chief investment strategist at State Street Global Advisors. “That means wage inflation will remain sticky, and that’s a problem for stocks going forward because it’s likely to keep the Fed hawkish rather than dovish.”

It was final monthly employment report before the Fed’s two-day meeting Dec. 13-14, in which the central bank is expected to slow to a 50 basis point interest rate hike from the 75 basis point hikes seen in recent months. Many market observers said the strong jobs data does change expectations for a smaller rate hike at the December meeting.

Fed Chair Jerome Powell appeared to confirm slowing rate hikes on the horizon in a speech Wednesday, noting that a pullback could start as early as December.