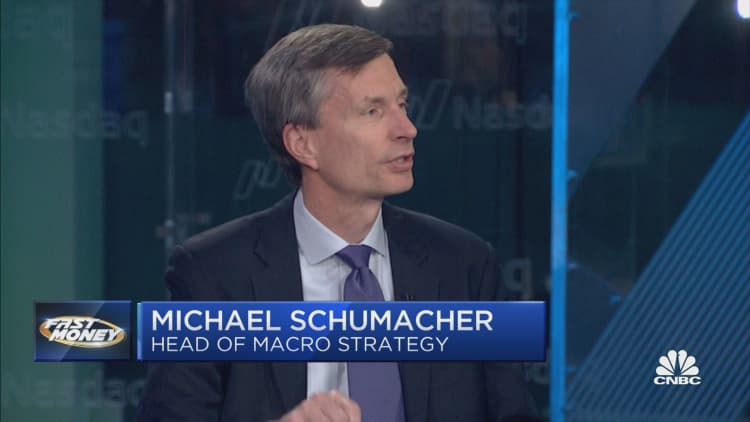 Stock futures rose marginally Wednesday as investors brace for the Federal Reserve’s latest policy decision at the conclusion of its meeting.

The Fed is widely expected to announce a 0.75 percentage point rate increase, its fourth hike in a row of that size, in its ongoing effort to fight high inflation. Market participants are also looking for a signal that the central bank is prepared to slow the pace of its rate-hiking plan come December.

“We’re looking for a little bit of guidance … 75 [basis points] is expected, that’s going to hit, but what’s the forward guidance is going to be? It’s all about what’s to come and what is the pace of the next hikes,” said Victoria Greene, chief investment officer at G Squared Private Wealth. She spoke on CNBC’s “Closing Bell: Overtime.”

The central bank’s decision will come after the release of mixed economic data on Tuesday.

“That’s just not a great number for the Fed, it’s still a tight job market,” Greene said. “So I think they’re still between a rock and a hard place. They’re going to have to hike. Nobody likes it. Everybody wants them to stop, but it’s like a car crash in slow motion. They just can’t stop hiking.”

In addition to the Fed policy decision, investors will also be watching for mortgage application data and ADP’s employment report, both due out Wednesday morning.

Earnings season will continue Wednesday with health-care companies including CVS Health, Humana and GlaxoSmithKline before the bell. Paramount and Yum! Brands are also on deck.