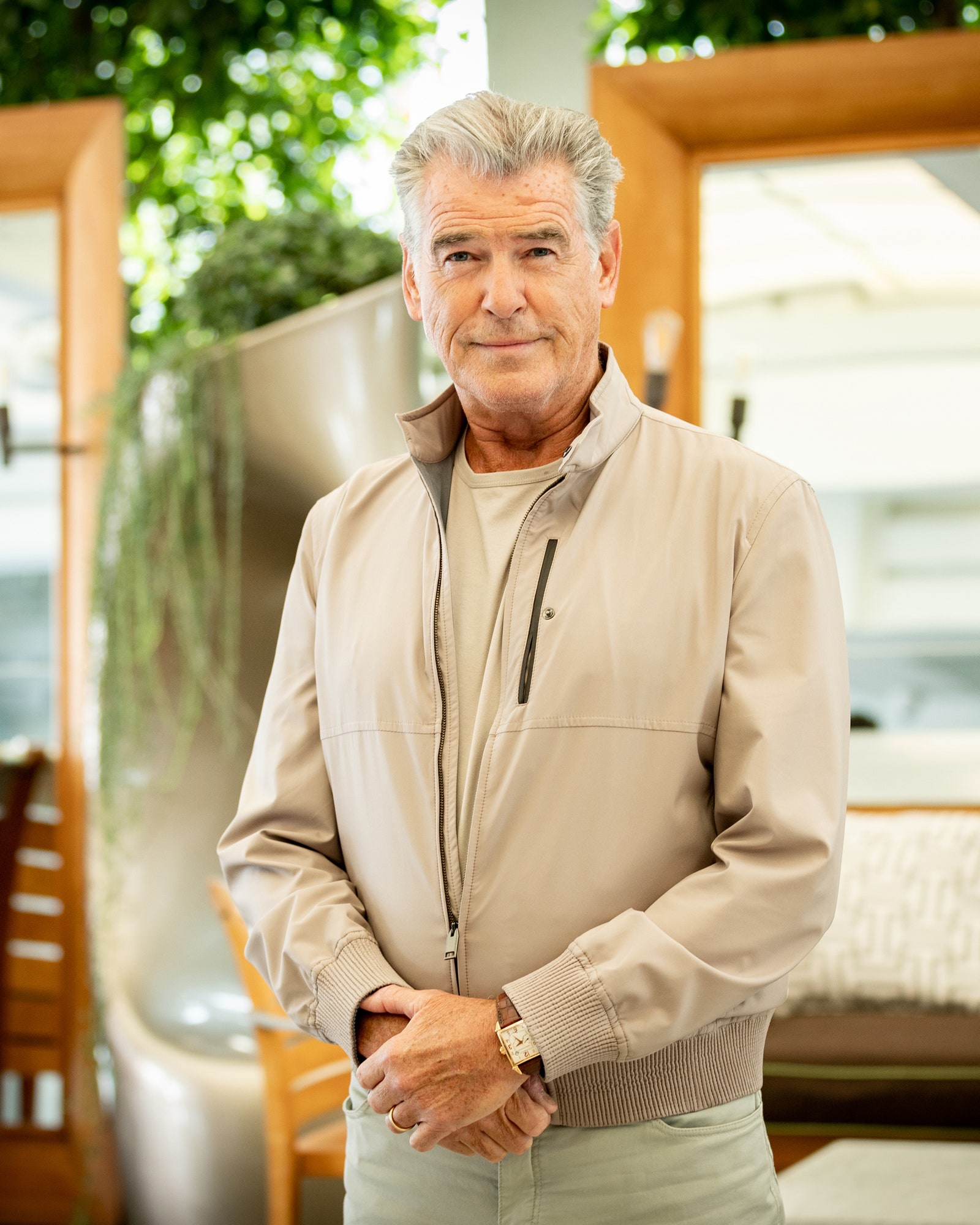 Steve Harvey puts on every outfit like it’s his last. Since his stylist and wife teamed up to clean out his closet a year ago, he’s come into his own with mostly monochromatic outfits in jewel-like shades, almost always in a different wowee fabric like leather or satin. But fully rebuilding a wardrobe takes time, and it seems like Harvey has only just gotten around to solidifying the luxury accessories shelf in his closet.

Last week, Harvey brought out a Patek Philippe World Time while sitting courtside at the Milwaukee Bucks and Atlanta Hawks game in Abu Dhabi. But it quickly became clear that Harvey is choosing his watches based on maximum outfit synergy. Yes, it’s amazing that this Patek can chart the time in 24 different time zones and that the dial is hand painted—but it’s even more amazing to think that Harvey invested all this money in a watch to match it with his (various) emerald-green outfits.

Harvey was back at it again over the weekend. A black outfit, obviously, called for a new watch, so Harvey turned to a gold Day-Date with a diamond-set bezel—and, to tie the whole look together, a black dial. Putting this much effort into outfit coordination is seriously commendable work. Rolex watches are hard to find in general, let alone a black-dial Day-Date gilded with diamonds. That’s the always-giving-it-100% Steve Harvey touch.

Brosnan, who knows a thing or two about nice watches from his time playing 007, wore a crazy-faced Girard Perregaux this week. While the watch is part of theVintage 1945 collection, it was actually produced sometime in the mid-2000s as a tribute to the Art Deco design popular in the middle of the last century. Confusing origin stories aside, it’s a killer watch. I promised myself I would never become one of these types of watch guys, but… look at those lugs! They stick out viciously from the corners of the case, like fangs. And while the case takes cues from the 1940s, the dial is all aughts. The busy face—complete with three separate complications—was a staple of this era’s giants, like Franck Muller, Jacob & Co., and Girard Perregaux.

Before the Panthère became the It Girl watch, it was the choice of elegant men. When the watch was first released in 1983 it was worn by Pierce Brosnan, Keith Richards, and Charlie Sheen’s character in 1987’s Wall Street. The It Boy brigade who love the Panthère, it turns out, also includes Michael J.Fox. The watch was discontinued in 2004, and brought back by popular demand in 2017, but Fox’s lovingly worn piece looks to be from the watch’s first run.

Hathaway wears what is, for my money, one of the coolest watches on earth, and one that is not talked about nearly enough. The Serpenti is part bracelet, part watch, and slithers around the wrist ending in a watch face where the snake’s head would be. Bulgari first introduced the watch all the way back in the 1940s, and in all that time very few other watches, aside from a small handful of high-jewelry Cartiers, have attempted to adopt this style. 80 years on, the Serpenti remains one of the most unique pieces in the watch world.

Former teen-movie heartthrob Noah Centineo, who is in the new Dwayne Johnson movie Black Adam, is all grown up. And it’s not just the transition from playing high-school heartthrobs to becoming the superhero Atom Smasher alongside the Rock. You can find evidence of Centineo’s grown-up taste in the Calatrava on his wrist. The Calatrava is Patek’s simplest, no-frills watch—just pure luxury. There are versions of this watch that come with extra complications or gravelly textured dials but Centineo bypassed all the noise for a watch that embraces subtlety as its own atom-smashing superpower.