In this week’s edition of Spotlight Politics:

Pritzker will head to Florida later this week to headline Florida Democrats’ annual gala fueling talk of a possible presidential aspirations.  California Gov. Gavin Newsom also sounding like a presidential candidate, so could President Biden face a challenger in 2024 with his plunging popularity?  Political pundits predict “doomsday scenario” for Democrats in November as inflation hits a 40-year high of 9.1%.

In other politics, Lt. Gov. Stratton testifies at Senate hearing that Illinois needs financial help to care for influx of patients seeking reproductive health care.  Ald. Ed Burke faces voters in a re-election bid before facing a jury in his corruption trial next year.  And former Congressman Dan Lipinski isn’t eligible to run against Congressman Sean Casten as an independent after pulling a Democratic primary ballot; instead, he plans to work on independent party movement.

Finally, could the plethora of Jan. 6 Committee evidence and testimony spell criminal legal trouble for former President Trump?  The committee has already sent the Department of Justice evidence of possible witness tampering.  Meanwhile, details exposed of one witness called an “unhinged” meeting in the Oval Office which may lead to other possible charges for Trump and his associates.

Our politics team of Amanda Vinicky and Heather Cherone takes on those stories and more. 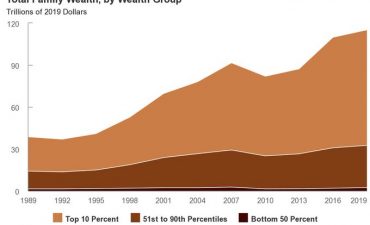