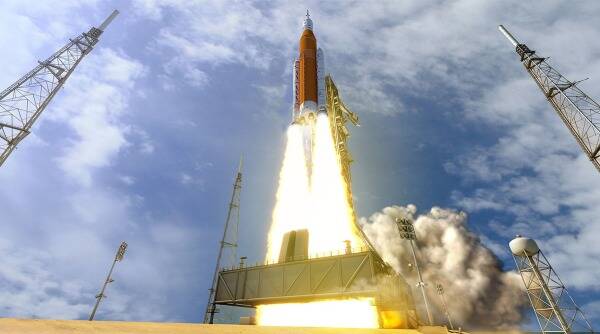 Last week, NASA revealed some of the science and technology payloads that will be hitching a ride to deep space with the agency’s Artemis I moon mission. In the same week, a Russian cosmonaut had to cut short his spacewalk because of a space suit battery malfunction. Here is our recap of an exciting week for space news.

Artemis I: Sending yeast to space with BioSentinel

NASA’s Artemis I mission may be uncrewed but that doesn’t mean there is no life on the board. A shoebox-sized satellite called BioSentinel will carry microorganisms, in the form of yeast, into deep space to help scientists fill critical gaps in the knowledge about the health risk of radiation in deep space.

BioSentinel’s primary objective is to monitor the vital signs of yeast to see how the microorganism responds to radiation in deep space. Scrutinising yeast in space will help us better understand the risks of space radiation to humans as yeast has many of the same biological mechanisms as human cells, including those for DNA damage and repair. This will help us better prepare for crewed missions to the Moon and beyond.

A render of the SLS rocket and Orion spacecraft taking off for the Artemis I mission. (Image credit: NASA)

Artemis I: NASA rolled out to the launchpad

NASA’s Space Launch System (SLS) and Orion spacecraft arrived at the launch pad on Wednesday (August 17). It took nearly 10 hours to complete the rocket’s six-kilometre trip from its assembly building to Launch Complex 39B at the Kennedy Space Centre in Cape Canaveral. When the rocket launches, there will be no crew inside the rocket. Instead, there will be three mannequins on board with a variety of sensors to measure radiation and vibration.

After launch, the capsule will fly around the moon in a distant orbit before heading back for a splashdown in the Pacific ocean. NASA’s first mission as part of the Artemis program will last a total of around six weeks. After Artemis I, NASA is aiming for a lunar-orbiting flight with astronauts within two years and a lunar landing with a human crew as early as 2025. 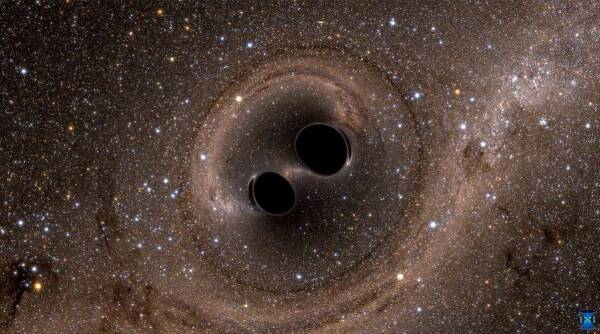 Using colliding black holes to learn about the universe

Researchers have developed a method for using pairs of colliding black holes to measure the age of the universe and how fast it is expanding. The study published in Physical Review Letters will help scientists understand how the universe evolved and where it is going.

Scientists can use cosmic background radiation to look at the earliest moments of the universe and they look around at the galaxies near our own to study its recent history. But it is the in-between period, known as the “teenage years” of the universe that is difficult to study. Scientists are hoping that the newly developed “spectral siren” method can help them do exactly that. 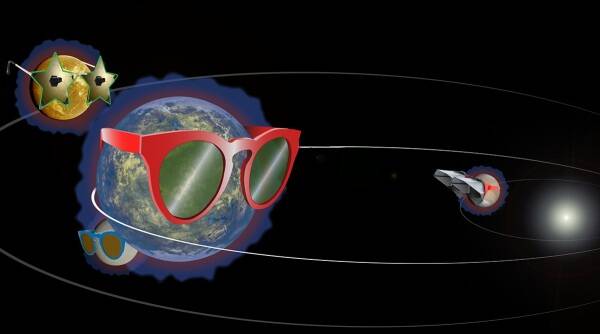 A cartoon illustrating the planetary photobombing concept. Photobombers like Mars and the Moon could sneak into a picture of Earth. (Image credit: NASA/Jay Friedlander/Prabal Saxena)

While photobombing is annoying enough when it happens in our day-to-day life, NASA research has discovered that the same phenomenon happens at a cosmic scale: “planetary photobombing.” According to a study by scientists at the space agency, when a telescope is pointed at an exoplanet, the light reflected by the planet could be “contaminated: by light from other planets in the same system.

The research article published in Astrophysical Journal Letters models how this photobombing effect would impact a space telescope’s ability to observe habitable exoplanets. This photobombing could complicate or even prevent the detection and confirmation of potential Earth-like planets outside our solar system, or exo-Earths. 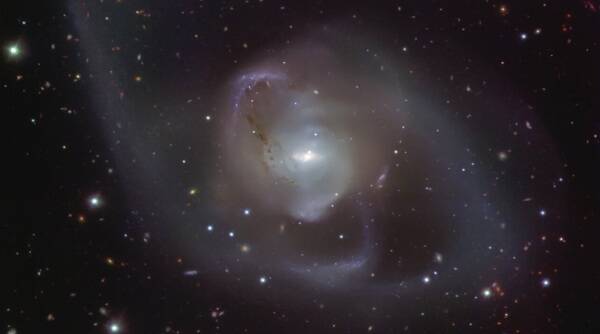 The European Southern Observatory’s Very Large Telescope has captured an image of NGC 7727, a massive galaxy that was created from the merger of two galaxies. And at NGC 7727’s centre lies the closest pair of supermassive black holes ever found. These two massive objects are destined to merge into a single, even more massive black hole.

The two bright points at the centre of the galaxy are signs of the dramatic galactic merger with the galaxy’s core consisting of the original cores from the two galaxies. Galactic mergers are very violent and spectacular events but generally, individual stars don’t collide with each other since the distances between them are very large, in comparison to their sizes. 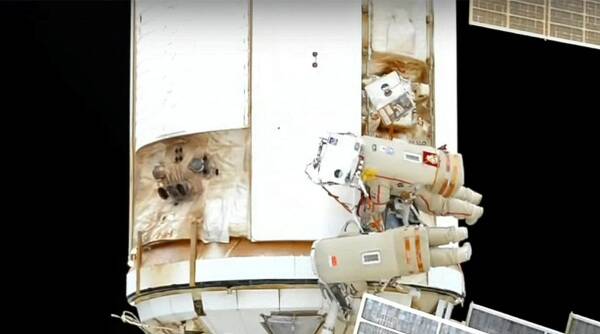 A Russian cosmonaut had to be rushed back inside the International Space Station when the battery voltage in his spacesuit suddenly dropped. Oleg Artemyev, the station commander, was ordered by Russian Mission Control to return to the airlock so he could hook his suit to station power. Meanwhile, the hatch remained open as Denis Matveev, Artemyev’s space walk partner, tidied up outside.

Russian Mission Control cut the spacewalk short even though Matveev’s suit was functioning as intended because of flight rules. The duo managed to install cameras on the European Space Agency’s new robot arm before trouble cropped up, around two hours into a planned six-and-a-half four spacewalk. 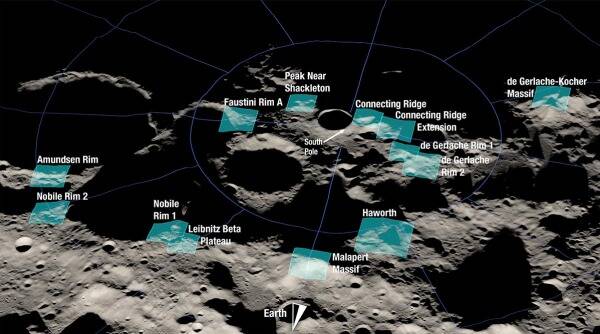 a rendering of 13 candidate landing regions for Artemis III. Each region is approximately 15 by 15 kilometers. A landing site is a location within those regions with an approximate 100-meter radius. (Image credit: NASA)

NASA has identified 13 potential locations for landing crewed missions to the Moon. Each of these regions has multiple potential landing sites for Artemis III, which will return humans to the Moon after more than half a century. The mission will also witness the first woman to set foot on the Moon.

A team of NASA scientists and engineers used decades of publications, lunar science findings and data from the space agency’s Lunar Reconnaissance Orbiter to select these regions. The team took into account many criteria, including terrain slope, ease of communication with Earth and lighting conditions in order to ascertain these regions’ ability to accommodate a safe landing.