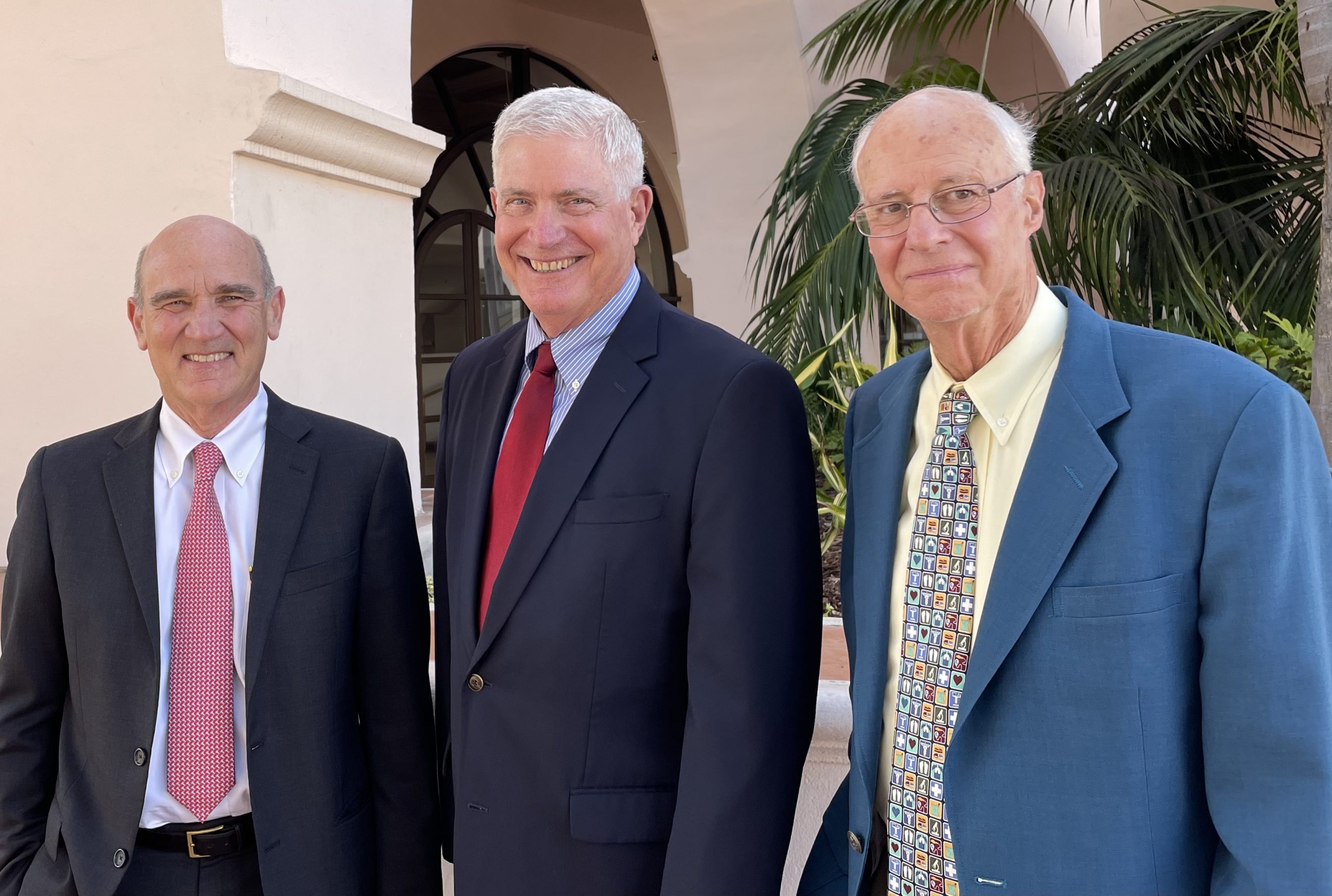 On June 16, about 400 people gathered at the Hilton SB Beachfront Resort for the annual South Coast Business & Technology Awards, which this year recognized 10 individuals and entities. Net proceeds from the event, which grossed nearly $300,000, will go to the Scholarship Foundation of Santa Barbara.

For the reception, guests socialized in the expansive Rotunda and then were seated in the Ballroom for dinner and the program, where they were welcomed by Event Co-Chair Cox Communications Market VP Kirsten McLaughlin and Scholarship Foundation of S.B. Board Chair Matt Rowe, who together served as co-hosts.

InTouch Health was awarded the Company of the Year Award. Founded in Goleta in 2003, InTouch Health provides telehealth solutions, enabling healthcare delivery anywhere in the world. It is best known for its robotic devices, complete with video screens, that enable doctors to remotely monitor and communicate with hospital patients. In the summer of 2020, it was acquired by Teledoc Health in a cash and stock deal, which was valued at $600 million at the time of the January 2020 announcement.

Bitwarden CEO Michael Crandell was named Entrepreneur of the Year. Bitwarden is an open-source password management service that stores sensitive information in an encrypted vault. The company serves more than 4 million people worldwide and in 2021 was named the Best Password Manager by Consumer Reports and by U.S. News and World Report. Previously, Crandell co-founded and served as CEO of RightScale, a pioneer of cloud management platforms. He received a BA in Religious Studies from Stanford University and pursued graduate studies at Harvard Divinity School before teaching himself how to be a software engineer. He is the son of Larry Crandell.

The Excellence in Service Award went to Cottage Health, Sansum Clinic, and Santa Barbara Neighborhood Clinics (SBNC), which were saluted for their heroic work during the pandemic. When COVID hit in March 2020, Cottage quickly unveiled four critical care units with negative pressure capability to treat patients with acute symptoms. Within weeks, both Cottage and Sansum began offering virtual visits, with Sansum ultimately logging more than 200,000 telehealth visits. Sansum created the county’s first drive-up testing site and went on to administer more than 95,000 tests.

SB Neighborhood Clinics, which focuses on underserved community members, transitioned to telehealth visits four days after the Governor’s first stay-at-home order and has done more than 20,000 telehealth visits since then. SBNC continued to see patients who needed in person care throughout the pandemic.

In January, 2021, Cottage opened its drive-up vaccine clinic at Goleta Valley Cottage Hospital, where it administered 100,000 doses before shuttering in July 2021. Sansum administered more than 26,000 doses and SBNC did more than 25,000.

The Executive of the Year Award went to Dave Powers, who joined Deckers Brands in 2012 as President of Global Direct-to-Consumer operations and since 2016 has been President/CEO. Powers has championed Deckers e-commerce capabilities, which led Deckers to thrive despite the pandemic, with fiscal year 2021 sales of more than $2.5 billion. Previously, Powers held leadership positions at Converse, Timberland, and Gap, Inc.

The Pioneer Award was presented to Kathy Odell, who has served since 2019 as the CEO of the nonprofit Women’s Economic Ventures and previously in many entrepreneurial roles. In1985, she co-founded Medical Concepts, which later was acquired by Karl Storz Endoscopy. Odell then assumed leadership positions at Karl Storz. In 2002, she was the founding CEO of Inogen, which today has a market cap of $1 billion. Odell also co-founded Nutrahealth Partners.

The event beneficiary, the Scholarship Foundation of SB, has awarded more than $140 million since its founding in 1962. It is the nation’s largest community-based provider of college scholarships in terms of both the cumulative amount awarded and its recent annual awards. This year it awarded more than $7.7 million to 2,139 students. The Scholarship Foundation also provides free financial aid advising services, which generate significant additional funds for students. For more info go to