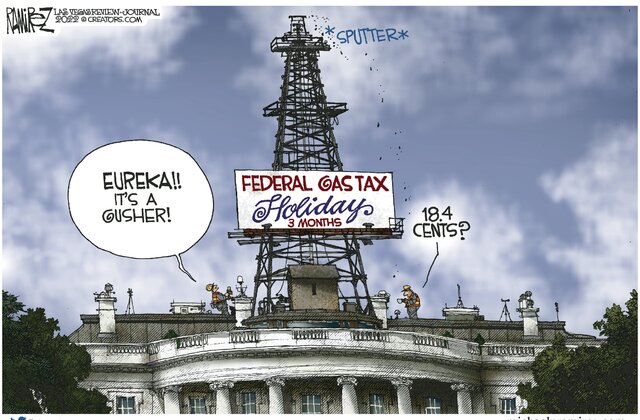 The high-drama, high-stakes and highly-anticipated Jan. 6 committee hearings are over for June, set to start again after Congress returns from its Independence Day recess the week of July 11.

Here are six takeaways from the first five hearings:

How the (Nearly) Mighty Have Fallen

He coulda’ been a contender for attorney general. But Jeffrey Clark was not only denied the post but utterly humiliated Thursday. His former colleagues denigrated Clark as unqualified and unethical during the Capitol Hill hearing. Meanwhile, a pantsless Clark watched helplessly while federal law enforcement raided his home. Clark, a Justice Department environmental lawyer, was former President Donald Trump’s pick to run the Justice Department after acting Attorney General Jeffrey Rosen refused to go along with Trump’s request to declare there was fraud in the 2020 elections. But in an Oval Office meeting where Clark was present, several Trump administration members shot down the idea and threatened mass resignations if Trump followed through with the idea. Deputy Attorney General Richard Donoghue said he told Trump that Clark was incapable of leading a massive agency and directing a fraud investigation.

“It’s impossible. It’s absurd. … It’s not going to happen. He’s not competent,” Donoghue recalled saying. In a video clip, former White House lawyer Eric Hershmann recalled telling Clark he’d be starting out the top cop job by committing a felony. Oh, Hershmann added, the only connections between environmental law and election law is that they both start with “E” – and he wasn’t sure Clark even knew that.

Adding insult to injurious insult, Clark was forced to stand outside in his pajamas while his home was raided for evidence Thursday.

As promised by committee Vice Chairman Rep. Liz Cheney, Wyoming Republican, the panel showed testimony revealing that a number of members of Congress had asked the White House for pardons. They include from the GOP Rep. Mo Brooks of Alabama (who recently lost a runoff for the Republican nomination for Senate), Rep. Louie Gohmert of Texas, Rep. Marjorie Taylor-Greene of Georgia (who has already been kicked off House committees for her comments appearing to endorse violence against Democrats), Rep. Andy Biggs of Arizona, Rep. Scott Perry of Pennsylvania and Rep. Matt Gaetz of Florida.

Perry, before sworn testimony Thursday that he indeed had asked for a pardon, called the allegation “a soulless lie.” Perry has refused requests to testify under oath before the panel. Gaetz, meanwhile, has separate legal problems, as he is under investigation in connection with accusations of sex trafficking. Trump lawyer John Eastman also asked to be put on a “pardon list,” a witness at an earlier Jan. 6 hearing said.

Rep. Jim Jordan of Ohio asked the White House generally about pardons, a witness testified, but did not specifically ask for one himself. That disclosure exposed what could have been an awkward situation: GOP leadership wanted Jordan on the Jan. 6 committee, but House Speaker Nancy Pelosi of California rejected the pick.

Republicans Are Emerging as Democrats’ Best Friends (But Kind of Late)

House GOP leadership early on ast the Jan. 6 hearings as partisan witch hunts. But the witnesses delivering the most devastating testimony have been Republicans. Georgia Secretary of State Brad Raffensperger, Arizona House Speaker Rusty Bowers and (by video) Pennsylvania House Speaker Bryan Cutler detailed pressure from Trump and his team to find ways to overturn the election results there. Former Trump administration officials Hershmann, Rosen and former Attorney General William Barr have delivered devastating testimony on how Trump was repeatedly told he had lost the election but that the former president pressed ahead with efforts to overturn it. Even Trump’s daughter Ivanka Trump has not been a big help to her father, testifying that she trusted Barr when he said there was no widespread voter fraud.

Former Vice President Mike Pence, the hearings have found, was stalwart in refusing to deny President Joe Biden his earned victory in the 2020 election, even though marauders calling for his hanging were just 40 feet away during the Jan. 6 insurrection. And Cheney and Rep. Adam Kinzinger of Illinois – the only two Republicans on the committee – have been unabashed in making their case against Trump, even though Cheney is suffering for it in opinion polls and Kinzinger is leaving Congress after this term.

But Democrats aren’t purely pleased. Where were these Republican officials when the plot to overturn the election was going on, they wonder? Why did it take a subpoena or the threat of a perjury conviction to get them to come forward and tell the truth? Republicans have been essential to the committee’s inquiry and case. But the hearings do not remotely have the (ultimately) bipartisan approach of the Watergate hearings in 1973.

It’s a House Inquiry, But it Has Implications for Control of the Senate

Emails disclosed by the committee reveal that a senior aide to Sen. Ron Johnson, Wisconsin Republican, tried to hand off a slate of fake Trump electors to Pence just minutes before the former vice president was set to begin the ceremonial task of opening up envelopes of state electors. Pence’s office refused to accept the delivery of illegitimate Wisconsin and Michigan Trump electors.

Johnson declared it a “non-story,” since the handoff never occurred.

“I was aware that we got this package and that somebody wanted us to deliver to the vice president,” Johnson said. “We reached out. They didn’t want it, we didn’t deliver it.”

But it’s not a good look for the Republican incumbent, who is in a tight race for reelection. The Senate is now 50-50, and Wisconsin is one of two states (Pennsylvania is the other) where Democrats hope to pick up a seat. A recent Marquette  Law School poll found Johnson neck-and-neck with several potential Democratic opponents.

Much-ballyhooed hearings can crumble under the weight of their own expectations. Early leaks can take the sting or drama out of live testimony. If the hearings run long, people can tune out (Watergate hearings ran as long as seven hours in a single day, but the lack of cable TV and other distractions kept the public paying attention). And it’s easy for committee members to fall into the modern pattern of performing for the camera and delivering speeches instead of engaging with witnesses.

The Jan. 6 hearings had the advantage of being orchestrated by a former TV producer. They ran an easily digestible 2 to 2 1/2 hours, with the first hearing held in prime time so more Americans could watch. Videotaped testimony was shown in snippets that illustrated a particular point, instead of as full-length interviews (much like an episode of “60 Minutes” or “20/20”).

Testimony by “regular” people – elections workers who talked about being targeted by Trump on unfounded allegations of voter fraud and having their very lives threatened as a result – was gripping and highly emotional television.

The live witnesses, too, are engaging in a different way. In typical congressional hearings, each witness is interviewed separately by members of the committee, with all committee members speaking. In the Jan. 6 hearings, the chairman, Rep. Bennie Thompson, Mississippi Democrat, and Cheney have started with opening statements laying out the theme of that day’s hearings, and another member has then led the rest of the questioning. The witnesses themselves have talked intermittently, sometimes supporting each others’ responses. All in all, the structure has made the hearings more like a well-edited, well-produced TV drama than typical congressional sessions which tend to drag.

When Democrats wanted to investigate the Jan. 6 insurrection, Republicans balked. They refused to go along with an independent commission. When Pelosi created a select committee, GOP leaders offered five members to join, but Pelosi rejected two of them, Jordan and Jim Banks of Indiana, since the two had objected to the House certification of Biden’s win. Jordan, Pelosi said at the time, could also be a material witness (testimony that Jordan had discussed pardons with the White House indicates that might well be the case).

With Trump critics Cheney and Kinzinger the only Republicans willing to go on the committee, GOP leaders figured they could discredit the panel’s work by casting it as a partisan mission to destroy Trump. The first day of the hearings – which were carried live by every major network and cable news stations except Fox News – drew nearly 19 million viewers, was dismissed by Republicans as “boring” and newsless.

But the hearings have indeed revealed some stunning information, from the pardon requests to detailed information about Trump’s efforts to reverse the election results to testimony from witnesses who said they were being harassed and threatened because of their refusal to do Trump’s bidding. For a president who prizes loyalty, Trump is watching as fellow Republicans throw him under the bus – “cutting off their arms” to separate from him, as former GOP Rep. Barbara Comstock of Virginia described it to U.S. News. He is reportedly not happy about the way things are going and angry at House Republicans’ approach. Brooks, who spoke at the Jan, 6 rally at the Ellipse on Trump’s behalf but who lost Trump’s endorsement earlier this year in his failed Senate bid, is now agreeing to testify before the committee.