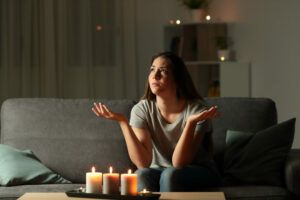 It’s an important question that every small business should ask themselves: cash or cashless?

There’s an increasing amount of pressure to choose the latter, but many customers still like having the option of paying cash.

The Covid-19 pandemic was a catalyst towards cashless but cash withdrawal figures have gone in the opposite direction since, partly because of budgeting to cope with the cost of living crisis. The Post Office handled £801 million in personal cash withdrawals in July 2022, but this could also be due to an increase in tourism.

To help you decide, we take a comprehensive look at the pros and cons of going cashless for small businesses.

The pros of cashless

As your business won’t have physical cash, there’s less chance of you being burgled so you’re more likely to have lower insurance premiums.

A significant 36% believe that a cashless society would reduce crime, according to the Access to Cash Review.

What’s more, you and your staff are more likely to feel safe in a space with no physical money, especially at the end of the day when you would’ve been cashing up. According to Paymentsense, 31% of business owners admit to feeling safer using new payment technology.

Cutting out the faff of handling cash will save you and your staff a considerable amount of time, especially during peak trading hours.

And without cash, there’ll be no more checking notes with that nifty counterfeit pen or holding tenners up towards the ceiling.

Easier for your accounting

As there’s less room for human error, you’re much more likely to have the right amount of money in your coffers at the end of the day.

Firstly, there’s the issue of going to find the bank in the first place. Branches are disappearing rapidly, meaning that small business owners and staff are having to travel further to do their cash-related banking. That’s before you even consider the time taken waiting in the queue.

Customers won’t have to go to the ATM or break big notes for spare change. Even now, some customers get annoyed with cash-only establishments, having been turned away when they’ve only had card in the past.

Moving towards a cashless society

The rise of tech coupled with bank closures is reportedly forcing people away from cash. And technology-wise, we’re moving towards biometric payments like finger print and eye scans.

People are already more likely to use non-cash methods for automated payments like household bills. According to the Access to Cash Review, only 13% pay rent in cash, 10% for gas, electricity and water and 8% for TV licence. A huge 86% pay for newspaper using cash, which suggests that it is older people – who make up a greater proportion of newspaper readership – that are more inclined to use it.

Despite increasing uptake, the Access to Cash Review said that over 8 million people (17% of the population) would struggle to cope in a cashless society.

Reportedly, 2.2 million people are using cash for all of their day-to-day transactions. They’re already having difficulties as, since 2018, 12,178 free-to-use ATMs have gone.

Poorer people are the most reliant on cash as it helps them to budget as well as giving them choice, privacy and peace of mind. A significant proportion of the population (1.3 million people) don’t have a bank account so would be faced with difficulties making purchases on a day-to-day basis.

An announcement in the Rishi Sunak’s 2020 Budget vowed to protect access to cash, imposing measures such as customers being able to claim cashback without having to make a purchase and requiring banks to have withdrawal facilities within a certain distance of customers.

British banks being hit by IT failures prevented customers making transactions at an average rate of more than once per day in the last nine months of 2018, according to Which? Money. A lot of small businesses are based in rural areas which are more susceptible to dips (or full-on outages) of power, meaning they could miss out on customers and income.

Even something as simple as a dead battery can stop you from using your card and mobile payment systems.

A significant number of people still use cash, especially those in vulnerable groups. In fact, 10% of consumers use cash for all or most of their purchases, according to the FCA.

Debt companies even advise people with debt to cut up their cards so that they can get a hold of their budgeting. These people may gravitate to establishments that take cash where they feel more in control.

Where there is a fall in burglaries and crimes involving physical money, going cashless opens avenues for hackers. We can see this in the growing number of data breaches hitting businesses and their customers. It’s not just money – hackers might be able to get hold of personal and sensitive details too.

This is especially the case for restaurants. If a server or other member of staff offers brilliant service, customers want to reward them with a larger tip. If the customer doesn’t pay in cash, then they can’t guarantee that their money will go towards that employee’s tips.

Though the use of prepaid cards is growing, a lot of tourists still choose to exchange physical cash before they travel. They could be hit by transaction charges if they use card which will put them off going to certain shops and restaurants which don’t accept cash.

What the entrepreneurs did

We spoke to a couple of small business owners about why they have – and haven’t – decided to go cashless.

Ben Page-Phillips, co-founder and managing director of Nincomsoup, says that going cashless was the best option for the business.

Why did you switch to cashless?

When we launched 20 years ago, 85% of our payments were made in cash. Now it’s reversed, meaning 85% is made by card.

It takes us a lot of time to process cash payments – up to two hours a day going to and from the bank. What’s worse is that they’re charging for change bags as well as depositing cash now.

Credit card payments are costing us less now as we’ve reached a threshold, so the charge is only 1%.

Having cash on-site throws up security issues as well – it leaves us more open to crime. There’s also extra training in handling cash and dealing with exports involved which takes up more time and money. Fortunately this hasn’t been the case yet, but if we had any untrustworthy employees, having cash in tills puts us at extra risk of theft too.

It’s changed the way we pay traders. Instead of using cash, we use a prepaid credit card.

How did you prepare for the move to cashless?

I put up some signs in the shop and next to the tills as well as on the daily specials chalkboard we have outside. We did this around two weeks beforehand to warn customers about the change. I do think we need to do better with signage, though.

How has the reaction from your customers been?

Some customers – more often our regulars – have been frustrated with the move. Some of them used to have the exact change ready to pay every time they came in.

There were even people who paid cash because they assumed that we would prefer it. I’ve done the same in the past. If you want to support a small business, you give them cash so that they don’t have to deal with card charges.

How about other difficulties?

There were concerns over the charity box we used to have and whether we would raise as much money. We put up a notice next to the till asking customers to tell us if they want to add a 25p charity donation onto their purchase.

Is a cashless society on the way and what is influencing it?

I think that a cashless society is inevitable. A lot of people are with mobile banks like Starling Bank and Monzo. They auto-categorise your purchases and give you a huge amount of information – having that level of knowledge over your spending makes you want to put all your purchases through on the card.

As for people who don’t have much money or have bad credit, they can load money onto prepaid cards.

Why don’t you want to go cashless with your business?

It’s costly to introduce and maintain the technology and that erodes my margin. Our customers often highlight that it should be their option whether they pay with cash or via another method. If the only option we’re providing is card or contactless, we’re then treated somewhat alien to the usual multi-optional payment methods available at other pubs and shops.

We also have to rely on live connections to the internet to take card payments. They’re often unpredictable and unreliable, especially if we’re working at an event in the middle of a field at a festival or a horse racing event. The barriers to going cashless in our bars currently outweigh the benefits, however I can see how this will improve with time.

When we have offered all of these options simultaneously, 70% is mobile or contactless, 25% cash and 5% chip and PIN.

How do you pay traders and how would going cashless affect that?

Traders are usually paid by BACS. However, commission on pitches are usually paid on the day by cash from the takings. If we went cashless, terms would have to be set up with the venues in order to pay them by BACS instead.

What difficulties do you experience in accepting cash payments?

Difficulties in accepting cash relate to relying on staff to count correctly and give the right amount of change. Tills can be up or down hundreds of pounds on a bad day.

Unfortunately, staff do have the opportunity to try to conceal cash unlawfully and if you don’t have 100% trust in them, it can be a big dilemma. It is also more of a hassle to manage floats and count tills at the end of trading, as opposed to taking card only and printing out the automated final takings slip.

Are we heading towards a cashless society and what do you think is influencing it?

The government and its policies are moving toward a cashless society, there’s no two ways about it. They want seamless transactions through one place of control: the banks.

‘The government and its policies are moving toward a cashless society, there’s no two ways about it’

In turn, it is being made harder through cashier-less banks to pay in, exchange and get cash out. You can also no longer pay in without pre-printed slips. Banks costs would also drastically reduce if everything became technology-based so they are another large influencer in becoming a cashless society.

The banks and vendors are hugely reliant on cashless reaching the whole retail market, but the benefits are currently only there to be seen in large scale vending environments and it is only time until the technology improves enough to follow this out to smaller vendors.