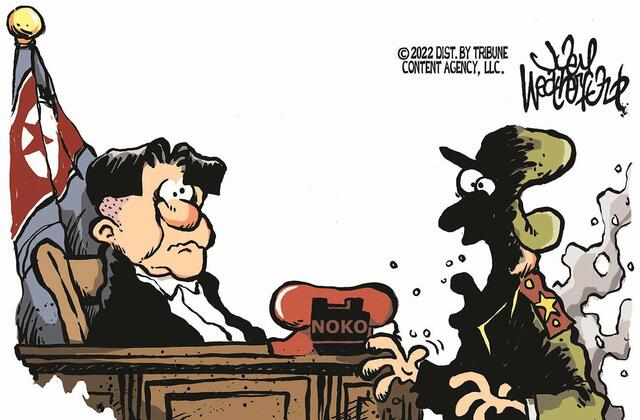 Former lawmaker Kim Seung-hee withdrew as a nominee for the job of health minister on Monday amid accusations of misappropriating political funds, which she has denied.

In May, Yoon’s first pick for the key role withdrew after facing allegations surrounding his children’s admissions into a medical school, which he also denied.

As Education Minister Park Soon-ae took office on Tuesday, she was forced to apologise again for a 20-year-old drunk driving charge. Also on Tuesday, Yoon’s pick as chief antitrust regulator admitted to drunkenly making sexually inappropriate remarks to students as a law professor in 2014.

The latest Gallup poll, released on Friday, showed Yoon had a 43% approval rating – down 10 points from a month before – with 42% disapproving. Personnel issues were the most commonly cited problem – by about 18% of people who disapproved of Yoon.

Yoon, a member of the conservative People Power Party (PPP), has departed from years of tradition by holding informal daily media events to field questions from reporters, but analysts say his off-the-cuff remarks appear to be exacerbating the scandals.

Asked by reporters about the controversy surrounding his personnel choices on Tuesday, Yoon implied they were no worse than those of his predecessor, Moon Jae-in, a member of the rival Democratic Party.

“I don’t think what he said is factually wrong, but for the president to think like that is one thing and to say it is another,” Park said. “His unfiltered comments appear to be leading to the marked drop in his approval ratings.”

Eom Kyeong-young, a political commentator based in Seoul, said Yoon needed to understand that reporters’ questions were a reflection of the public opinion.

“Those comments are directly contradicting public expectations. Voters made him president to be different from the previous administration,” Eom said.

The scandals appear to be resonating most sharply with young people, who turned on Moon over perceived corruption and hypocrisy by that administration.

A survey released on Wednesday by pollster RnSearch showed that the percentage of people in their 20s who disapproved of Yoon’s performance had risen to 61.3% from 53.4% a week earlier.

Park Min-young, a 29-year-old PPP spokesperson, said in a post on Facebook that the current situation was “embarrassing,” and that while Yoon’s comparison with the previous administration might be enough to silence Democratic Party critics, it was not enough of an answer for voters who had elected Yoon to be different.

Michael B. Jordan Wore Chanel and The Row to the ‘Lord of the Rings: Rings of Power’ Premiere