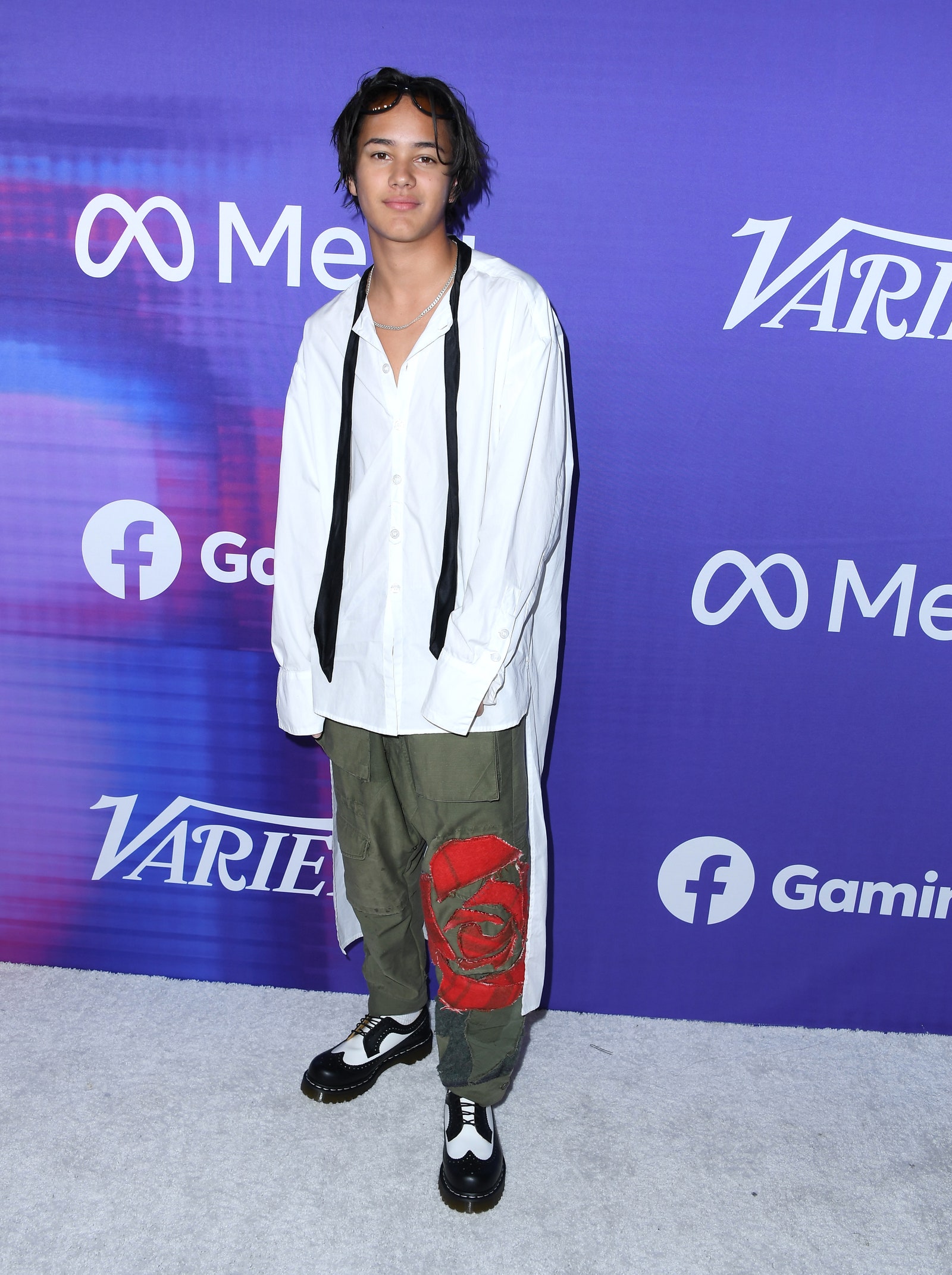 Rings of Power, Amazon’s blockbuster adaptation pulled from J. R. R. Tolkien’s Lord of the Rings mythology, arrives this week. As such, the stars have been jet-setting across the globe with a parade of premieres to rival any Hollywood blockbuster. (Which makes sense considering the show is rumored to be one of the most expensive to ever be produced.) Of the cast—and it’s a big cast—one particularly adventurous dresser has emerged: the 17-year-old Australian newcomer Tyroe Muhafidin.

Plenty of folks would play it cool on their first big red carpets. Not Muhafidin! He’s clearly not afraid of bold colors or exaggerated cuts. His style odyssey started two weeks ago in Los Angeles when he showed up in a utilitarian, deconstructed riff on the tuxedo, wearing a flowing dress shirt and cargo pants from menswear auteur Greg Lauren. The look also included an untied bow tie around his neck and a pair of two-tone Dr Martens brogues. Next up was a slouchy double-breasted blazer in a Brunswick green so oversized that his hands disappeared inside sleeves. The finishing touch on the look? A punked-up pearl necklace.

Then Muhafidin locked into shorts. We’re talking big, voluminous shorts—the kind that almost veer into culotte territory—worn with a pinstriped blazer and very Y2K sunglasses. A few days later, purple shorts were paired with a chunky swirled cardigan and beaming black boots. Lastly, he turned to a green corduroy shorts-suit with contrasting trim and painted-on details. A three-peat of slouchy tops and oversized shorts, each outfit more delightfully eccentric than the last.

Muhafidin is relatively unknown at this current moment. (Rings of Power represents his first significant role.) It’s a gutsy move for such a fresh face to hit the press circuit with such advanced-level, attention-grabbing fashion. Judging from the show’s early positive reviews, it feels safe to say that we’ll see much more of Muhafidin in the future. One review called the series “big, bold, and beautiful.” You can say the same about Tyroe Muhafidin’s style.