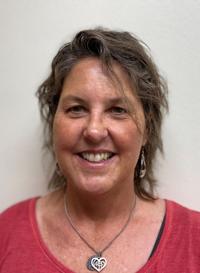 Registered dietitian Stephanie Ahlgren and retired registered nurse Daylene Ackerman were appointed to the Yakima Health District’s Board on Health.

They were chosen over Randall Knapp, a consumer of public health, and Katrina Henkle, a mortgage broker and executive director of the Selah Downtown Association.

“We had a lot of good applicants. It was good to see that from the community,” said Commissioner LaDon Linde.

The appointments were made to comply with a new state law requiring health boards to be composed of an equal number of elected and nonelected members.

Commissioners were up against a July 1 deadline to comply with the new law that intends to keep politics out of public health policy and decisions.

Several county health boards across the state, including the Yakima Health District, at times opposed state mandates in response to the COVID-19 pandemic.

The law requires nonelected health board members to have a background in public health or to be consumers of public health.

McKinney said she wanted to see a representative on the board from the business community, especially given the restrictions that occurred during the pandemic.

“What we saw in the past was a lack of input from our business community,” she said.

Ackerman and Ahlgren will begin serving at Wednesday’s health board meeting.

Ackerman — who attended Tuesday’s meeting — said state vaccination mandates and other responses to the pandemic sparked her interest in the health board.

She said she refused to be vaccinated and instead retired early from Memorial Hospital.

“I just wanted to be more involved with local government instead of just being on the sidelines saying what should be done and what shouldn’t be done,” she said.

Ackerman said she supported providing the public with accurate information regarding public health, but the public should be allowed to make their own decisions.

“I don’t think it’s the government’s responsibility to tell people how to live their lives,” she said.

The new law also requires a member of any Native American tribe within health boards service area to be appointed by the American Indian Health Commission.

The Yakama Nation is within the local health district’s service area.