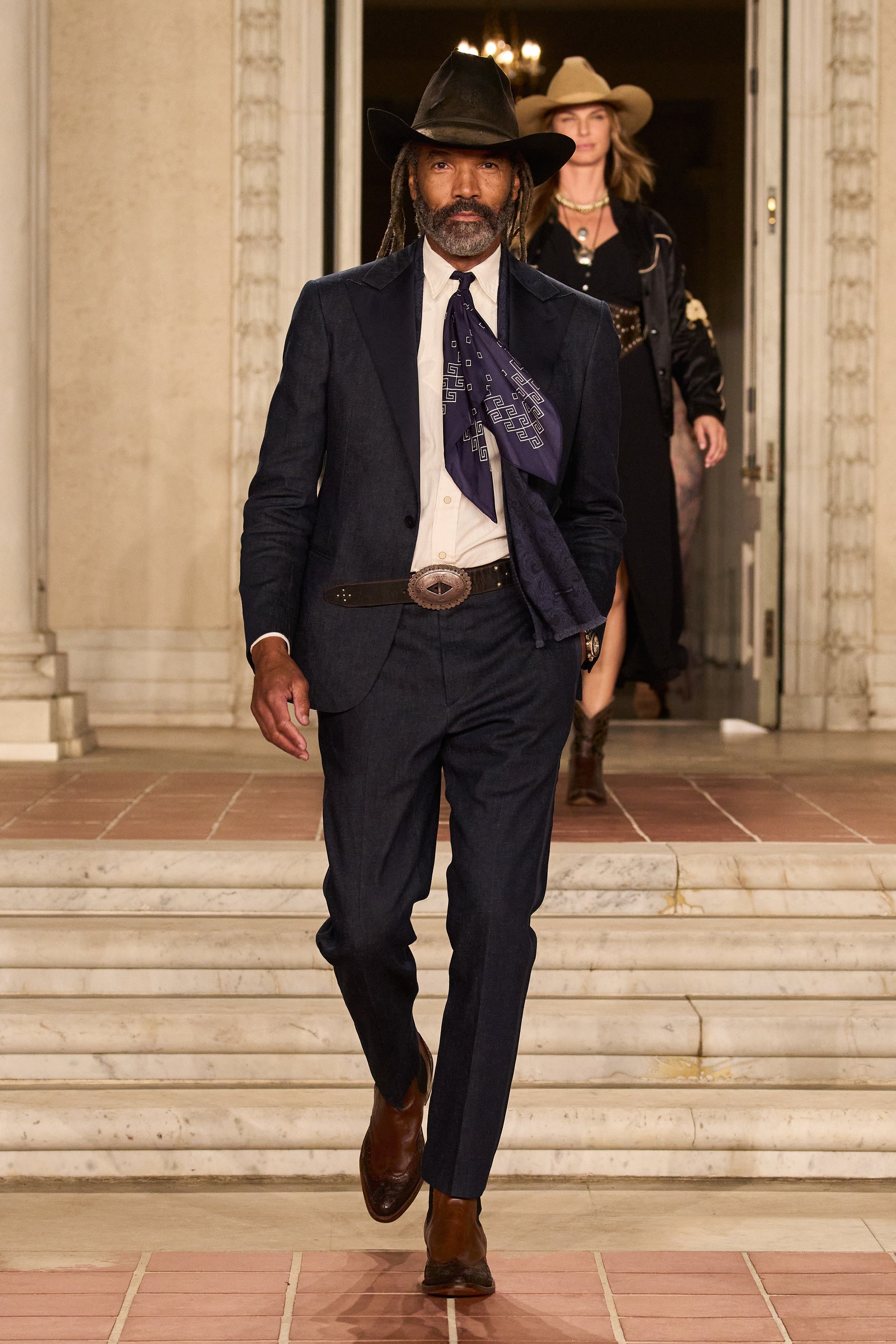 For his Spring 2023 show, held last night, Ralph Lauren did what lots of New Yorkers have done in the last couple years: he decamped to Los Angeles. For the first time, Lauren showed out west, and he did it in inimitable Ralph style, bringing his grip of RL collections, from Polo to Purple Label to RRL, to Pasadena’s Huntington Gardens to show them all at once. “California has always been a land of dreams and contradictions—rugged coasts and red carpets,” he said in the show notes. “For the first time ever, I bring my dream of living here, sharing my worlds in an experience that celebrates a way of life I have always believed in—a mix of grit and glamor, energy and inspiration.” As if to remind guests that he remains fashion’s preeminent world-builder, the night was a showcase for the rest of Ralph World, too: the burger served at dinner afterwards was the one on the menu at the Polo Bar in Manhattan.

The guest list was starrily multigenerational: Ben Affleck and Jennifer Lopez, Sylvester Stallone and family, Diane Keaton, Chris Pine, Laura Dern, John Legend, Ashton Kutcher and Mila Kunis, supplemented by a few couches’ worth of TikTok stars. The weather cooperated, too: thanks, presumably, to the show’s botanical garden location, a particularly smoggy LA day was clear and crisp by the time the sun went down and the lights went up.

The show itself benefited from its range: whereas the typical Ralph show limits its menswear to formal Purple Label, Thursday’s proceedings opened, charmingly, with RRL, the brand’s deeply patinated tribute to 19th century western life. Models in cowboy hats couldn’t help but nod and wink at the audience as they emerged from the gardens’ central museum building: Howdy, ma’am. Good suit, right? (For a line typically heavy on indigo and cotton, the RRL suiting—always with boots—was killer.)

Purple Label came down the runway to a “California Dreaming” cover—on the nose, maybe, but in exactly the way the best of Ralph always is. You’re not here for subversive, ironic, post-trend fashion—you’re here to look good, and to feel good while doing so. If the tailoring leaned perhaps a little more Mediterranean than pure Californian, that was fine: nobody wears suits in L.A., anyway.

And the good vibes really kicked up when the run of Polo models hit the runway, most of them accompanied by painfully cute toddlers in toddler-sized tweed blazers and cricket sweaters. A blitz of Polo color—red, blue, yellow, and green, mixed in with neon—closed things out. The last models trickled back inside, and the music cut out. “Yee-uh,” shouted Euphoria’s Angus Cloud, wearing a newsboy cap, and the rest of the crowd concurred.

As if to remind us that you can—you should!—wear all these things together, Ralph himself emerged for his bow in shades of white: a blazer, sweats, and a pair of running shoes, every little corner of the RL universe somehow contained in one impossibly easy-wearing outfit. “LA’s fine, but it ain’t home,” Neil Diamond crooned over the speakers. Not home, necessarily, but for a night, pretty good.