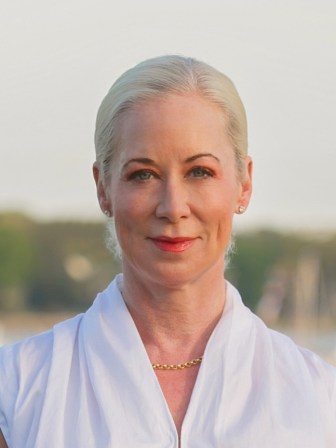 As a mother, my heart stops at the senseless, brutal murders of 19 children and two adults in Uvalde, Texas last week — just ten days after ten were gunned down in Buffalo, New York.

As a licensed therapist with 16 years’ experience, I am intimately familiar with the severity of the mental health crisis facing Americans. There’s no question that we need more mental health care funding and support in our community.

As a candidate for the state Senate, this is a top priority for me. Research, awareness, and access to care would all address some of the underlying problems, and I’ll support anything that will have an impact on gun violence.

But it’s hypocritical to claim, as the GOP has, that gun violence is a result of the mental health crisis while voting against programs that could alleviate it. It’s cognitive dissonance at its worst.

And that raises the point that’s been made time and time again: the epidemic of gun violence faced by our nation is not a result of the mental health crisis alone. We need a comprehensive approach to solving this problem. We must both strengthen gun safety laws and fully fund mental health programs.

Compared to our peers, the United States does not have significantly higher rates of mental health disorders. What we do have is exponentially higher rates of under-regulated gun ownership. According to available data, 77% of mass shooters purchased their guns legally. Stronger gun laws could have stopped them.

Likewise, the argument that lawmakers are powerless in the face of all this death is a cop out, a sop to the NRA. Australia’s swift response to the 1996 Port Arthur shooting (by a conservative government, no less), demonstrates that. While Australian gun ownership has actually increased in the years since, mass shootings have all but stopped. Gun laws work, and they don’t have to “take your guns” to do so.

Red flag laws, universal background checks, limits based on tangible characteristics like muzzle velocity and rate-of-fire — there are clear steps to be taken, none of which need place any undue burden on law-abiding gun owners. A path forward exists, but we must elect leaders willing to take it.

To the countless Americans demanding action, this is nothing short of a crisis point. We need stronger gun laws. We need to fund mental health care. And we need to do it now. It’s time to put politics aside and act.

Trevor Crow is a candidate for state Senate in the 36th District.