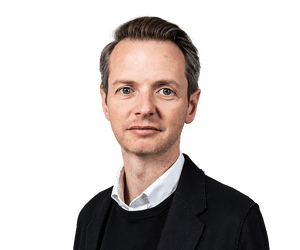 While David Lammy will be laying out his vision later today of what a potential Labour government’s foreign policy platform would be, I listened to him speak at a conference fringe meeting yesterday where he was scathing of the government’s relationship with regimes such as Saudi Arabia, particularly when it came to the supply of arms against the backdrop of the war in Yemen.

The same fringe, organised by the Electoral Reform Society and focused on a discussion about renewing democracy “in the age of authoritarianism”, was overshadowed by far-right gains in Italy at the weekend, and also in Sweden recently.

But Lammy said the examples of Germany and Australia – and the Social Democratic party (SPD) and the Labor party respectively – showed how progressive parties could push back against the rise of populism.

“Progressive parties do that by staying part of the mainstream and that means – in the UK – education and the NHS ,” he said.

Lammy, sitting alongside the shadow leader of the House of Commons, Thangam Debbonaire, was asked by one Labour member how canvassers could overcome what she described as the “cult of personality”.

“You can imagine what people say, that Keir is boring, Beergate, and that Boris Johnson is a fun guy,” said the member.

Debbonaire suggested that her experience was still that policy trumped personality when it boiled down to voters worried about basics, such as childcare.

Parth Patel, a senior fellow at the IPPR, which has highlighted in the past a “deficit” of working-class representatives in Labour and other parties, told the fringe that personality mattered alongside policy, adding: “It’s no coincidence that many of the rising stars of populism come from working-class backgrounds. Just look at Meloni.”

British citizens abroad will have a statutory right to receive Foreign Office consular assistance under a Labour government, in plans proposed by the shadow foreign secretary, David Lammy, who will lay out his priorities in a speech later today to delegates at the party conference.

The proposals come in the wake of repeated complaints by British prisoners abroad of Foreign Office indifference, or determination to put British diplomatic interests ahead of individual citizens.

In a speech to the Labour conference, Lammy will say it is time to learn the lessons from the experiences of British-Iranian dual citizens such as Nazanin Zaghari-Ratcliffe, and the British Sikh activist Jagtar Singh Johal, who is still being held in an Indian jail without charge.

Ethics rules for the London mayor must be strengthened as Boris Johnson may have failed to meet the standard expected of public figures over his failure to declare personal links to the US businesswoman Jennifer Arcuri, an inquiry into the affair has found.

An investigation by the Greater London Authority’s oversight committee said Johnson had opened himself up to “a perception of lack of due process and favouritism” over Arcuri’s inclusion on trade missions in an unofficial capacity.

The inquiry is the latest in a long-running saga concerning Johnson and his relationship with Arcuri, an American entrepreneur whose startup was given £126,000 in sponsorship money and who was allowed on three trade trips with the mayor in 2014 and 2015.

Arcuri has signalled that the pair were at one point in a relationship, and a previous inquiry found there was some evidence of this.

Jeremy Corbyn should not have the Labour whip restored, the shadow health secretary, Wes Streeting, said this morning.

Keir Starmer has previously suggested Corbyn may be allowed to return to sitting as a Labour MP if he apologises for a statement made in the wake of the equalities watchdog’s report on antisemitism.

But he went on to say in April that Corbyn would not have the Labour whip restored while he continued to associate with the Stop the War coalition.

Though Corbyn has been readmitted as a Labour member, Starmer has not allowed him to take the Labour whip, meaning he cannot sit as a Labour MP.

Corbyn took to the stage at a rally in Liverpool last night organised by Tribune magazine.

Turmoil in the financial markets which saw the pound fall to a record low against the dollar dominates today’s front pages.

The currency tumbled as investors lost confidence in the UK’s public finances after last Friday’s mini-budget.

The Guardian leads with “Sterling crisis deepens as Truss’s strategy unravels”, reporting that the government was struggling to prevent a full-scale loss of financial market confidence in its economic strategy.

The Financial Times has “Bank of England and Treasury fail to calm market nerves over UK finances”. The paper says a statement from the Bank “dashed market hopes of an emergency interest rate rise to prop up the pound”.

The Times leads on the central bank’s pledge to act after the fall of the pound with its headline “Bank vows to step in after day of turmoil”.

The Telegraph has “Spooked lenders ditch new mortgages in pound chaos,” noting Halifax, Virgin Money and Skipton were among the lenders pulling mortgage deals ahead of an anticipated rate rise.

The i newspaper has a similar take with its lead story, “New mortgages blocked amid UK market turmoil”, above a picture of Liz Truss and a smiling Kwasi Kwarteng.

The Express says “Don’t panic! We have got a plan to cut debt”. It says the chancellor “shrugged off yesterday’s financial market jitters” with a vow to set out his strategy to bring down debt.

The Metro has “The pound Kwartanks” alongside a picture of Kwarteng.

The Mirror runs the subheading “Tories economic disaster” above its headline “Out of control”. The paper says millions of households face further financial misery as “Kwarteng’s tax cuts plunge markets into chaos”.

The Mail’s take is “Fury at the city slickers betting against UK Plc.” It cites senior Tories as saying short sellers were “trying to make money out of bad news”.

Meanwhile, more than a few eyebrows were raised last night as the prime minister, Liz Truss, sent her congratulations to Giorgia Meloni, the far-right leader who is set to become Italy’s first female premier.

In early morning broadcast interviews, the shadow health secretary, Wes Streeting, told mortgage lenders that the “cavalry is coming” with the Labour party.

All of us are frankly still recovering from our jaws hitting the floors last week with that budget from Kwasi Kwarteng. And the real-world consequences we’re seeing overnight, the withdrawal of mortgage products, tell us about the extent to which our own chancellor in this country has frightened the markets.

He added that what had unfolded on Monday was “just the tip of the iceberg” and that there would be huge additional costs to people with mortgages if interest rates go up in the way that some people are predicting.

And what was the chancellor’s answer yesterday? ‘Don’t worry folks, in November I’m going to come up with some new fiscal rules – ie I’ve ignored all the ones I’ve already got and I’m rewriting the rules and making them up as I go along.’ This isn’t serious leadership, it’s a reckless gamble.

Good morning from a chilly Liverpool where many delegates to the Labour conference are waking up to the news that their party has take its biggest poll lead over the Tories for more than 20 years.

The YouGov survey – for the Times – put Labour 17 points ahead, the party’s greatest lead since the firm started polling in 2001.

The Labour leader, Keir Starmer, and aides were meanwhile rewriting key sections of the speech he will make at conference today against the backdrop of market turmoil yesterday which was sparked by Kwasi Kwarteng’s tax-cutting mini-budget.

The Guardian’s political editor, Pippa Crerar, reports here on how Starmer will attempt to take on the mantle of Tony Blair later today by describing Labour as the “political wing of the British people” as he accuses the Tories of losing control of the economy and ceding the political centre.

In his keynote address, Starmer will set out his stall for the next general election by saying his plans show that Labour is once again “the party of the centre ground”.

He will state that Labour now offers the country a “fresh start” after the turbulence of successive Conservative governments, and will commit to getting the UK “out of this endless cycle of crisis”.

Echoing a view on the last few days’ economic disarray shared by many jittery Tory MPs, he will say:

What we’ve seen from the government in the past few days has no precedent.

We’ll keep your updated on all developments here in Liverpool and of course on all other political events, not least the government’s response to the crisis surrounding the pound as ministers struggle to prevent a full-scale loss of financial market confidence in their economic strategy.

It’s Ben Quinn here at the moment at the conference – you can find me on Twitter at @BenQuinn75 if you’d like to flag up any political story we should also be covering today. Andy Sparrow will be coming on deck shortly as well.

You can also follow our colleague Graeme Wearden’s liveblog coverage here of what’s been happening on the markets, where the pound has risen slightly in Asian trading on Tuesday to $1.08 after Monday’s record low of around $1.035.