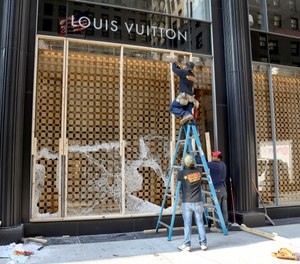 A rarely discussed side effect of rising violent crime is a rise in property crimes.

While policing agencies scramble to devote limited resources to mitigate violence,  property-related offenses tend to creep up. For example, organized retail crime (ORC) is on the rise. Organized thieves are stealing billions of dollars of merchandise every year, thanks in part to the internet and other high-tech fencing methods that make it easy to sell goods.

Lack of enforcement, combined with DAs who are reluctant to prosecute retail crime, creates an environment for brazen offenders to thrive. Retail stores are left to try and protect their businesses from heavy losses.

More proactive retail organizations have employed trained organized retail theft prevention groups, many of which have the investigative prowess to rival the best detective units. However, these specialized loss prevention investigators are most effective when they join forces with a law enforcement agency that takes ORC seriously.

By working together, law enforcement and private loss prevention investigators have a better chance of putting thieves behind bars. Technology is one of the best ways to combine the efforts of these two groups. Here are four technology-driven strategies your agency can use to help retail businesses combat organized retail crimes.

Stationary automatic license plate reader (ALPR) cameras have rapidly become one of the top tools of the trade for policing organizations to target offenders. They are affordable, highly effective and can be used across a spectrum of criminal offenses. They are also one of the few tools that can be purchased and used by law enforcement, private citizen groups and businesses alike.

Since the majority of organized retail theft suspects use a vehicle, it makes sense that retail organizations deploy ALPR cameras to assist with identifying ORC suspects. However, using ALPR cameras in this manner is only the tip of the iceberg. ALPR cameras have great potential and can be far more valuable than people realize.

When deciding to deploy stationary ALPR cameras on their property, most retail organizations will only focus on the specific points of ingress and egress to their property. But by partnering with their local police department, businesses can utilize the existing municipal infrastructure.

By placing the ALPR cameras on city infrastructure such as existing light poles along the roadway, the ALPR cameras can help both the business and the local agency they are partnered with by capturing the vehicular traffic traveling to the business in addition to passing vehicles on the roadway. So long as the retail organization has adequate camera coverage on parking lot entrances, they can match up ALPR scans of the suspect’s vehicle from a camera on the main roadway. This tactic greatly increases the value of the ALPR camera to local law enforcement while still accomplishing the same goal of the retail organization.

ORC investigative groups are highly effective communicators and frequently share information on known ORC suspects. Many of these suspects will hit various stores and target the same type of merchandise, so it’s beneficial for retail organizations to communicate suspect information to other retailers.

While this is effective to a point, it doesn’t allow the loss prevention groups to proactively choose surveillance targets unless they are extremely lucky or highly observant. By utilizing custom ORC hot lists through the ALPR platform on vehicles associated with known suspects, these loss prevention groups can be alerted when a known suspect enters their proximity and immediately target them for surveillance.

2. Prime security cameras to get high-quality images for facial recognition

Facial recognition technology has become a great tool for law enforcement despite a general misunderstanding about how the technology is used for investigations. Although it cannot, and never should, be the sole deciding factor in identifying a criminal suspect, it is highly effective at developing potential leads.

By deliberately placing a high-quality camera at the entrance and/or exit of a potential theft location, retail businesses can greatly increase the chances of a potential lead. The camera needs to be placed as close as possible to eye level, and as straight to the face as possible to maximize the quality of the source image. Once a crime has occurred inside the retail organization, they can supply law enforcement with a high-quality image that meets the needs of an effective facial recognition search.

Additionally, many photos supplied to law enforcement from retail organizations are “pictures of pictures,” which results in pixelation and lower quality source images. Ensuring that any source photo is the digital original will greatly assist the investigative process.

Camera footage of a criminal offense is one of the best pieces of evidence law enforcement can receive. However, it’s all too common that footage is not received until deep into the investigation. Obtaining the footage as soon as possible after the offense greatly increases the odds of solving the case.

The prevalence of platforms that allow law enforcement to directly connect to business cameras continues to grow. With these platforms, patrol officers, Real-Time Crime Centers or tactical dispatch centers can directly access cameras related to a call for service.

In the case of organized retail theft, if a retail organization has partnered with local law enforcement and granted them camera access, responding officers can arrive with detailed images of the suspect or their vehicle. This greatly increases the odds of apprehension.

In cases where an alert is received on an ALPR camera regarding a known ORC suspect, law enforcement can even arrive before the suspect exits the store while watching the same camera feed as the loss prevention employees. So long as a confirmed criminal offense has occurred, the suspect can quickly be taken into custody.

4. Share more information about ORC suspects with one another

Law enforcement in general has always been poor at sharing information. It’s easy to hide behind the term “active investigation.” However, the reality is that lots of information can and should be shared with both the public and ORC investigators.

Effective communication between law enforcement and private ORC investigators is key to mitigating retail crime, but many of the traditional communication pathways are siloed to specific individuals.

Organized retail crime associations in various states have taken it upon themselves to improve communication between law enforcement and retail investigators. Startups like Auror have come onto the scene to help bridge that communication gap. So long as the law enforcement contributors are trained to know what personally identifiable information (PII) cannot be released, there is little reason not to share information regarding suspects and wanted individuals related to ORC.

Understanding and practicing these four strategies can go a long way in stemming the tide of organized retail theft. By working together, law enforcement and retail businesses can more effectively combat a crime trend that is costing companies billions of dollars every year.

NEXT: How Las Vegas police helped a blighted area rise from the ashes