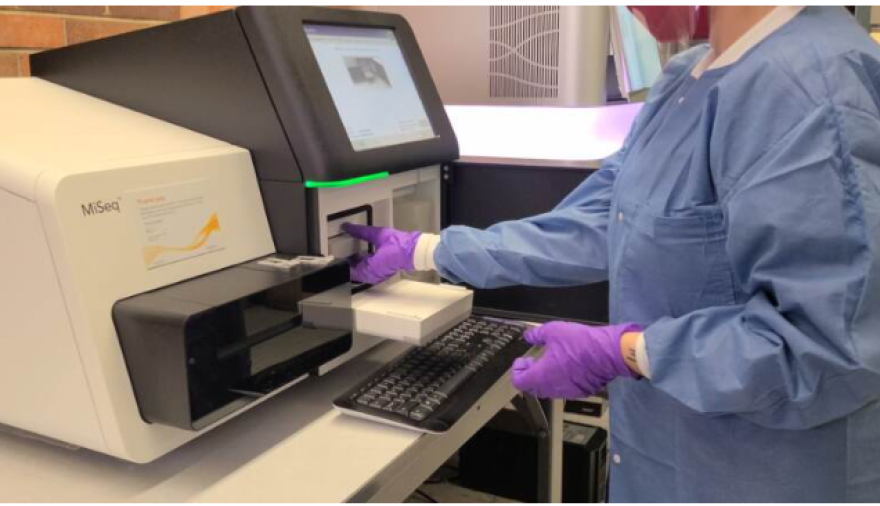 The Philadelphia Department of Public Health has opened a new lab to study the genetic makeup of the virus that causes COVID-19, which will help health officials learn more about variants that are circulating in the region.

Since the pandemic began, labs across the world have studied the genetic data of virus samples to answer important questions like: how is the virus changing, which variant is spreading most quickly, and where did a particular outbreak come from?

The U.S. lagged behind many other countries, like the U.K., Australia, New Zealand, and Vietnam, when it comes to doing this genome sequencing for virus samples. A 2020 report from the National Academies of Sciences, Engineering, and Medicine said, for instance, that sources of coronavirus genome sequence data in the U.S. – and efforts to integrate that with clinical and epidemiological data – were “patchy, typically passive, reactive, uncoordinated, and underfunded.”

In Philadelphia, labs at the University of Pennsylvania, Drexel University, and the Children’s Hospital of Philadelphia (CHOP) analyzed the city’s virus samples.

Dr. Paul Planet, a pediatric infectious disease specialist at CHOP, estimated that around 60% of the virus samples his lab sequenced came from the hospital system itself, and the rest came from the Philadelphia Department of Public Health.

“This has been a race from the very beginning,” Planet said. “We really had to run to catch up with the information that people wanted about circulating variants.”

Now, Philadelphia’s health department is catching up – and Lab Director Bernadette Matthis said having genome sequencing capabilities will allow the city to study virus samples much more quickly, compared to when testing was performed at outside labs.

“The turnaround times for them to get the sequence of specimens turned out to be about a month or longer,” Matthis said. “Now that we’re able to do the testing in-house, we are able to cut that turnaround time in half.”

She said the department took a few months to set up the lab from scratch, which included hiring staff, setting up work processes, and buying and setting up equipment. A handful of other U.S. cities can also do this, including New York City and Houston.

Philadelphia received several million dollars in grants from the Centers for Disease Control and Prevention to set up the lab. The lab can now sequence around 50 to 60 samples a week, but the goal is to get up to around 300.

They are sequencing virus samples that come mostly from the city’s health centers, prisons, long term care facilities, nursing homes, and shelters, with samples from wastewater testing coming in the future.

Dr. Vincent Tu, a bioinformatician at the lab, said he expects more public health labs in the U.S. to add this kind of equipment in the future, now that the technology is not as expensive as it once was.

Dr. Frederic Bushman is a professor of microbiology at the University of Pennsylvania whose lab has helped the data sequence virus samples. He said the more people who can do this work, the better.

Bushman said there are plenty of virus samples to be sequenced, and this work can lead to important discoveries, such as research showing that the virus can go from humans to deer, spread among deer, and in one case, spread back to a human.

The Philadelphia lab is focused on COVID-19 for now, but they plan to also study other diseases, like chlamydia, gonorrhea, syphilis, and tuberculosis.

This could be “an inflection point, maybe,” CHOP’s Planet said, “where we’re realizing that the best way to track diseases is through whole genome sequencing.”

“I absolutely see it as the new gold standard for molecular epidemiology.”

Read more from our partners, WHYY.