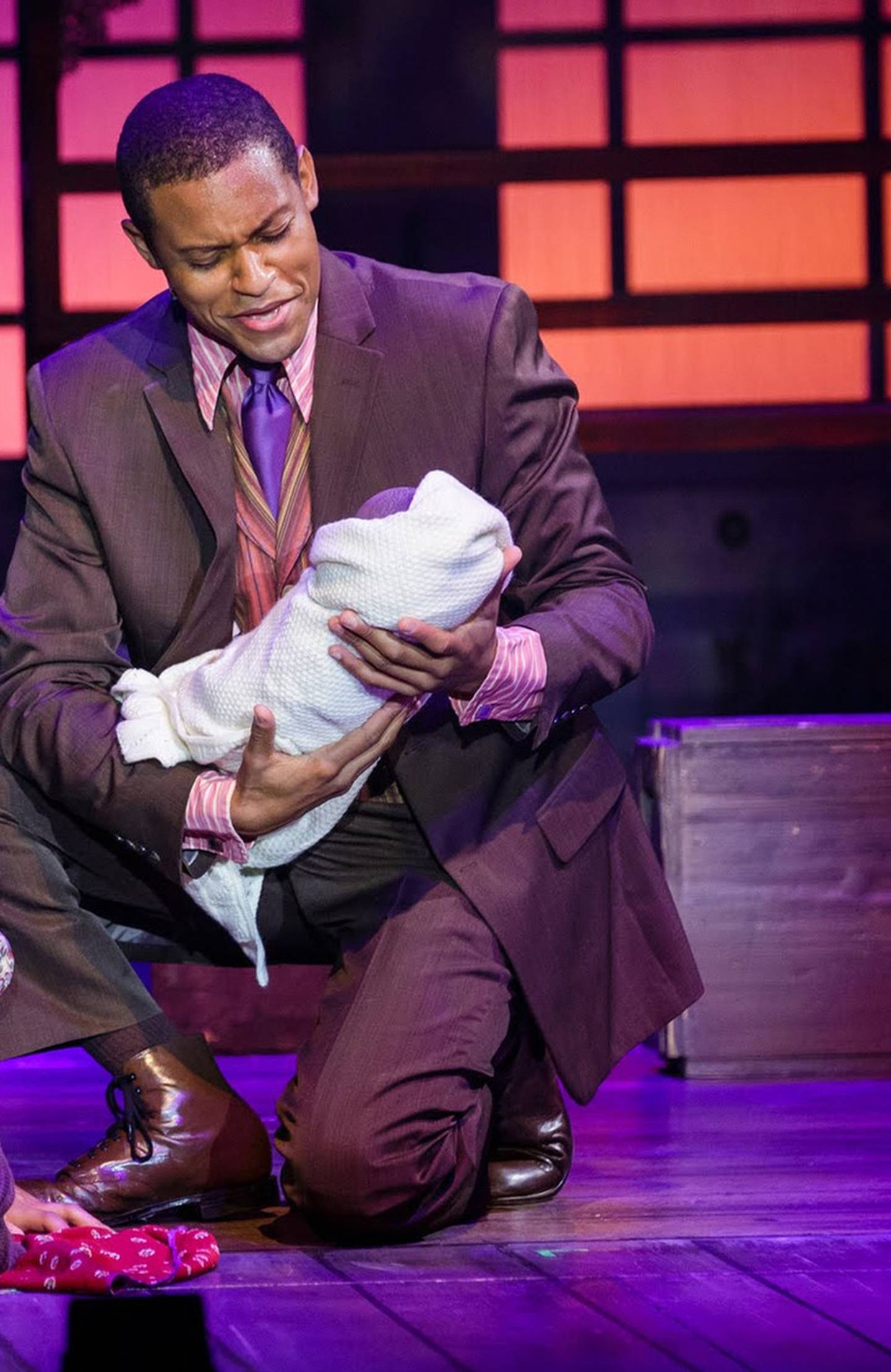 Remember when summer was a time for the Central Florida arts and cultural scene to slow down? Well, those days are gone. From dance to art to theater to music, here are 20 events in June alone worth a look. Start filling in your calendars.

1. ‘Sylvia’: Now through June 5. The IceHouse Theatre in Mount Dora presents this comedy about a man, a woman, and the dog who comes between them. Part of the show’s fun: A human actor plays the canine. More: icehousehteatre.org.

3. ‘A Voice of Justice’: June 5. CFCArts’ concert of the Broadway musical “Ragtime” takes place June 18-19 at the Dr. Phillips Center. But a series of free community events leading to the concert continues June 5 with “A Voice of Justice,” a cabaret at The Abbey in downtown Orlando by Brandon Martin that explores the African-American experience. On June 9 at Orlando Museum of Art, take in “A Long Time Coming” a documentary by local filmmakers about the South’s first integrated Little League game. More: cfcarts.org.

4. Florida Deaf Art Show: June 3-4. The group’s latest exhibition takes place at Rice Pavilion at Rollins College. All artists and volunteers are fluent in ASL at this show by deaf and hard-of-hearing artists. Some of the art reflects themes relevant to the hard-of-hearing community, including ableism and love of sign language. But other pieces show the attention to detail found in deaf artists who navigate the world with their eyes. More: floridadeafartshow.org.

5. ‘The Way (First Book of Experiences)’: June 3-4. Celebrate the 50th anniversary of Bobby Callender’s psychedelic music “of spiritual proportions,” as host Timucua Arts Foundation puts it. The entire legendary album will be re-created live by a full band, string ensemble and Callender himself. More: timucua.com.

6. Applause Awards: June 4. Nearly 400 students from 30 high schools across nine Central Florida counties will be showcased in a high-energy evening that rewards scholastic excellence in the performing arts. The two top award winners will compete nationally later this year. The Dr. Phillips Center for the Performing Arts presents the event. More: drphillipscenter.org.

7. Puppet Celebration: Opens June 4. “Jack and the Beanstalk” opens a summer season of kid-friendly shows, such as “Aladdin” and summer camps as Puppet Celebration sets up shop in Winter Garden. More: puppetcelebration.wordpress.com.

8. SAK Comedy Lab on the road: June 4. Speaking of Winter Garden, the improv artists of SAK Comedy Lab will perform the first of three summer pop-up shows at The BreakRoom on West Colonial Drive. More: sakcomedylab.com.

9. Pegasus PlayLab: June 4-12. UCF’s festival of new plays presents the family musical “Spells of the Sea” June 4-5 at the University of Central Florida campus, while other readings and productions follow the next two weekends. More: performingarts.cah.ucf.edu.

10. CDCFest: June 5. The Contemporary Dance Choreography Festival, founded by McClaine Timmerman, returns with a program in which new works shine light on socio-political issues and the beauty of our humanity. The performance takes place at Orlando Repertory Theatre. More: cdcfest.com.

12. ‘United We Dance’: June 10. The second United We Dance will have Central Floridians dancing in the streets with a portion of proceeds benefiting the OnePulse Foundation. This year, former Pulse DJ Scott Robert will spin the tunes on Washington Street in Orlando’s Thornton Park neighborhood. Bring costumes and honor those lost in the Pulse mass shooting, as well as the resilience of our community. Tickets: orlandoweeklytickets.com.

13. ‘From Here’: June 10-12. Donald Rupe’s critically acclaimed musical about a group of friends in the aftermath of the Pulse massacre is presented in concert form at the Renaissance Theatre in Orlando. Blake Aburn and Becca Southworth lead the cast. More: rentheatre.com.

A look at entertainment and sporting events in Orlando and around Central Florida.

15. Play-in-a-Day: June 11. Writer-actor-director teams have 24 hours to come up with a short play and stage it in this fast-paced theatrical experience. This year’s event, from Beth Marshall Presents, has a special focus on the LGBTQ community. It’s at Penguin Point Productions at Oviedo Mall. More: bethmarshallpresents.com.

17. OCCO’s ‘To There from Here’: June 18. Orlando Contemporary Chamber Orchestra presents three new works exploring a journey of hope and redemption. Among them: a new work by Central Floridian Charlie Griffin, “Myths and Dreams” by Kyle Throw and a trombone concerto by David Wilborn. The concert will be at Harriett’s Orlando Ballet Centre. More: occomusic.com.

18. ‘I Am Enough: Justice Quilts’: June 18. Hannibal Square Heritage Center in Winter Park hosts the opening reception for this exhibition of fabric art with social messages by the Charmettes Club of Orlando, sponsored by the Delta Omicron Omega Chapter of Alpha Kappa Alpha Sorority. The exhibit runs through Aug. 27. Also June 18, the center celebrates Juneteenth with a program on addressing mental wellness in Black communities through art and architecture. More: hannibalsquareheritagecenter.org.

20. Florida Festival of New Musicals: June 23-26. Winter Park Playhouse’s new-works extravaganza features readings of the first act of musicals in development with talkbacks and visits from the playwrights. More: winterparkplayhouse.org.