Our politicians and our movie stars alike are getting older, and for the same reason. Nothing’s more valuable in our scattered, fractured sociopolitical landscape than name recognition. Stars recycling past triumphs by making sequels is more dreary than disastrous. But stagnant political thinking in a rapidly changing world renders us unable to handle new dangers and challenges.

Consider Keanu Reeves, by no means the oldest working actor at 57. He’s been a key part of the cultural conversation for more than three decades, ever since “Bill & Ted’s Excellent Adventure” and “Parenthood” debuted in 1989. He’s been a legitimate action star for more than a quarter century, with hits such as “Speed,” “The Matrix” and its sequels, and “John Wick” and its sequels hitting multiplexes at a regular clip.

Tom Cruise just turned 60 and also just turned in the biggest box office hit of his 40-plus year career with “Top Gun: Maverick,” even adjusting for inflation. At 67, Denzel Washington is playing a possibly age-inappropriate Macbeth when he isn’t plotting his third outing in “The Equalizer” series. Clint Eastwood, 92, tried to convince us he is still spry enough to catch a rogue chicken in last year’s “Cry Macho.”

Even the Chrises — Pratt, Evans, Pine, and Hemsworth — have been the hot young things for a decade or longer now, and all of them, save Hemsworth, are over 40. (The Australian and God of Thunder turns 39 next month.) And this isn’t limited to the guys: The two best female-centered films of the year, “The Lost City” and “Everything Everywhere All at Once,” star a 57-year-old (Sandra Bullock) and a 59-year-old (Michelle Yeoh), respectively.

Writing in the Ringer, Ben Lindbergh and Rob Arthur quantified this in a series of charts, all of them showing a dramatic increase in the age of the average lead actors since roughly 2000.

“Whereas the star, or the top two or three stars, of the typical movie or TV series released in the closing decades of the 20th century was typically in their late 30s—several years older than the median age of the United States population at the time—today’s average actor age has reached the mid-40s and is steadily climbing toward 50,” they wrote.

Politics has followed a similar trajectory. At 78, Joe Biden was the oldest person ever to be sworn in as president. The second-oldest? Donald Trump, at 70. The two very early front-runners for their party’s nomination in 2024? That’s right: Biden, who would be 82 at a 2025 inauguration, and Trump, who would be 78.

And they’re not alone. “Today, it seems, you’re nobody in Washington unless you’re 80,” Zachary B. Wolf snarked at CNN’s website.

Speaker Nancy Pelosi, who has been the top House Democrat for nearly 20 years, is 82. Her deputy, Rep. Steny H. Hoyer of Maryland, is 83. The No. 3 Democrat, South Carolina Rep. James E. Clyburn, is 81. The leadership on the Republican side of the aisle is similarly aged: Senate Minority Leader Mitch McConnell turned 80 this year while Sen. Charles E. Grassley is 88 and plans to run again. As one gimmick account noted on Twitter, “Four U.S. Senators [Grassley, Dianne Feinstein, Richard C. Shelby, and James M. Inhofe] are literally older than chocolate chip cookies.”

It’s fair to ask whether people born before the advent of cable TV and nuclear power — in addition to delicious desserts — are in the best position to represent a nation beset by issues that would have been unimaginable when they began their careers. That’s especially true when those leaders rely on assumptions about how politics work that no longer apply.

Stars and pols alike are getting older for a similar reason: In a world where it costs a ton of money to simply generate awareness for a product, nothing is as valuable as a well-known name. In politics, this manifests in the remarkably powerful incumbency effect. In 2016, 98 percent of House members won reelection. Incumbency was worth an extra 3.2 percent at the polls.

Similarly, there’s likely a reason stars in movies started to get older right around the same time Hollywood began to lean more heavily on intellectual property derived from comic books and elsewhere. Creating brand awareness, be it for a property or an actor, became more and more expensive. Rather than trying to mint new stars, it was safer for a studio head to greenlight a picture with a known property as the marquee name on the poster. No one will hold an executive accountable for relying on a fading star rather than going with their gut to create a new one.

Both gerontocracies invite repetition at best and stagnation at worst. And while I’m looking forward to “John Wick: Chapter 4” even as I hold out hope for the next generation of John Wicks to emerge, another sequel on the horizon fills me with near crippling terror. “Biden-Trump Redux” is a repeat the country cannot afford. 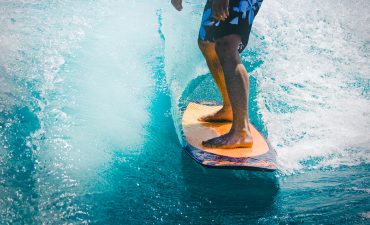 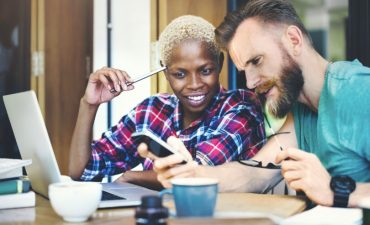