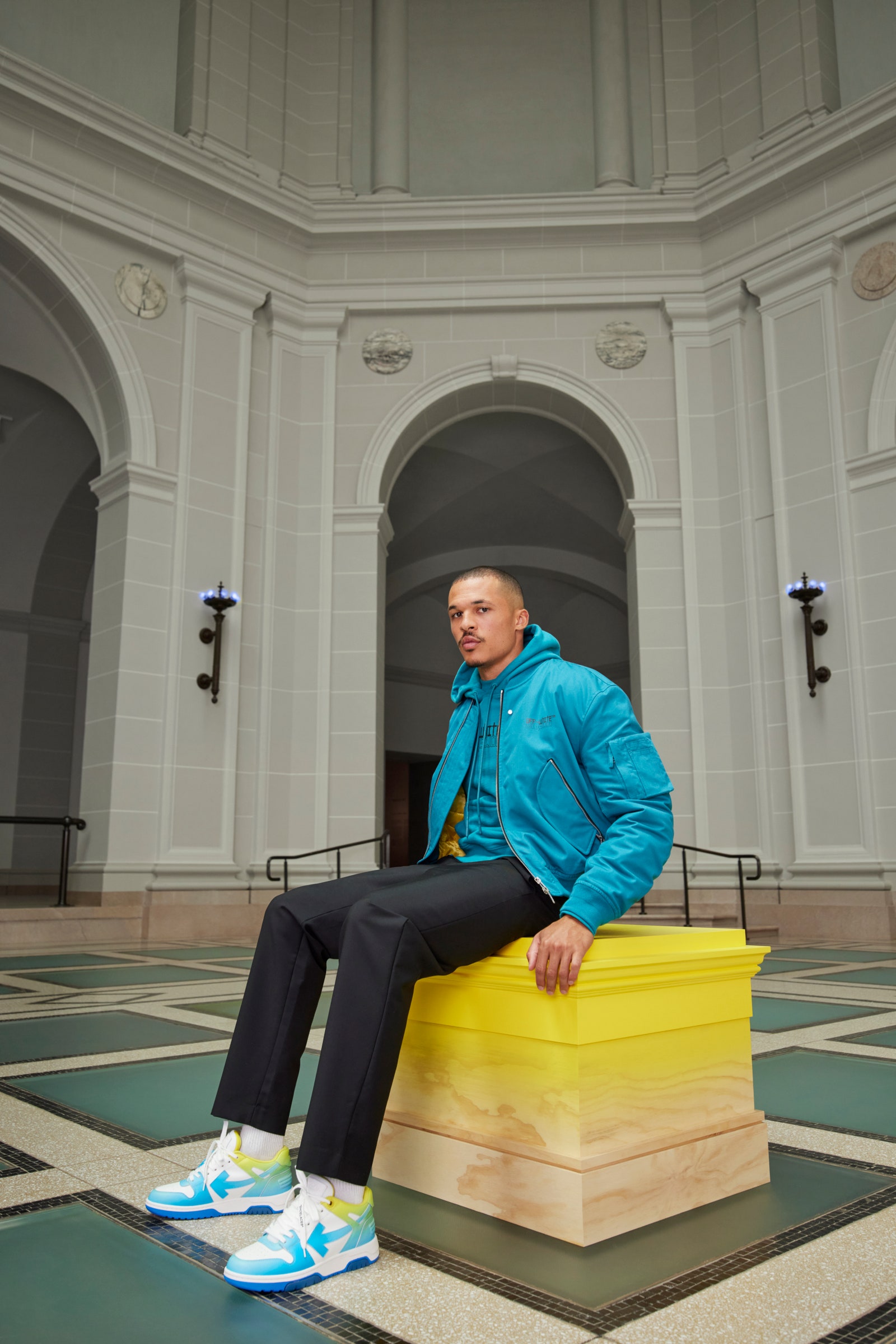 As many have remarked since his passing in November, the late designer Virgil Abloh was constantly working and collaborating on something, anything, everything, all of the time. Today, the department store Nordstrom announced a new capsule that consolidates a number of the designer’s flagship projects under one banner. Created in partnership with Abloh’s estate, the capsule features clothing and other products that span Abloh’s vast multidisciplinary practice, roping in his fashion label Off-White, creative studio Alaska Alaska, art store Canary Yellow, and the Church & State merchandise from the “Figures of Speech” retrospective that’s currently on view at the Brooklyn Museum. (Nordstrom is also a major sponsor of the exhibition, and the campaign images were shot on the Beaux-Arts Court inside the museum.)

The capsule, called Concept 018: Virgil Abloh Securities, is the latest installment in the store’s ongoing “New Concepts@Nordstrom” series of collections and pop-ups, which has previously highlighted brands like Dior, Thom Browne, 1017 ALYX 9SM, and Fear of God.

The first launch, which is available now on Nordstrom’s website, comprises a new slate of Off-White and Nordstrom co-branded pieces including men’s and women’s apparel, footwear, and accessories, in addition to select Church & State merch. Highlights include a screen-printed pair of Dickies work pants, a sky-blue handbag with Abloh’s signature “meteor” holes motif, and a flannel shirt-and-kilt set that nods to Abloh’s early “Pyrex 23” prototypes. According to Jian DeLeon, Nordstrom’s men’s fashion and editorial director, resurrecting and playing with brand signifers was a key part of the process.

“The Off-White capsule is a personal favorite because of how meta it gets,” DeLeon said, noting that the collaboration began, as many Abloh projects did, with a conversation with the designer’s team on WhatsApp. “Virgil’s team dug into Nordstrom’s own graphic archives to resurface a logo we haven’t used since the 1970s but seems fresh and relevant today. They also found a way to turn his graffiti handstyle into a typeface, which adorns several pieces like varsity jackets—an item that Virgil was particularly fond of in his collections.”

A second drop, due out in mid-September, will spotlight two additional collabs with Tremaine Emory’s brand Denim Tears and the American skateboarder Sal Barbier: the former will feature “Pyrex Tears” hoodies, another delightful riff on Abloh’s earliest designs; the latter, Off-White-branded skate decks, apparel, and sneakers. There will also be a run of the four gender-neutral fragrances from Off-White’s first beauty collection “Paperwork,” which Abloh formulated to “to encourage human potential.”

The first launch will be available to shop online, as well as at select Nordstrom locations, through the end of October.

Renovated C.I.A. and N.S.A. Museums Offer a Peek at Spy Secrets — for Some