“It’s a good blend, not only with different genres but with returning and new artists,” said George Fattman, task force chairman. “There’s enthusiasm on the part of the artists and they want to give people a good performance.”

• Johnstown native Patricia Reavel will open the series on July 5 and play the piano and sing a program of all-time favorites.

Reavel, an Erie resident, earned a piano performance degree from Philadelphia University of the Arts, and a master’s degree from Eastman School of Music.

For 30 years, she lived in Pittsburgh and conducted a ministry of singing and playing in nursing homes throughout western Pennsylvania.

“You will know every song she’ll be singing and people will love it,” Fattman said.

• On July 12, Johnstown Brassworks, a quintet of music teachers who play throughout the region, will perform.

They have performed together since 2014 at recitals, weddings and church services.

The ensemble will present a program of classics, jazz and pop.

“They are well established and well regarded,” Fattman said. “The quality is the attraction.”

• The July 19 concert will feature soprano Andrea Blough, who will offer a program of art songs and arias.

Prior to moving to Taiwan to teach at the Taipei American School, she was a professional singer and was the choir master for the Asheville Lyric Opera.

The Somerset County resident has performed at Carnegie Hall, the Kimmel Center and Lincoln Center with the New York Philharmonic and Westminster Symphonic Choir.

“She has a wonderful voice, and she’s so grateful for this opportunity,” Fattman said. “Her program will be beautiful.”

• The series will conclude July 26 with organist Chaz Bowers, who teaches organ and improvisation at Seton Hill University – where he also is the coordinator of sacred music.

He has performed throughout the Pittsburgh region, including Heinz Chapel and the basilica of St. Vincent Archabbey.

Bowers also has performed in Bermuda and at Notre Dame Cathedral and other churches in Paris.

His program will include traditional works and improvisation.

“He’s a first-timer to the series and he’s highly recommended,” Fattman said. “The attraction for someone like him is the Skinner organ and I don’t think people realize what qualities it has. It’s 100 years old and a different era, and that’s attracts people to play it.”

Beginning with the July 12 concert, light sit-down lunches will be served following each recital.

“That’s an important part of this and why we have it at noontime to combine lunch with music,” Fattman said. “It’s nice to sit down and meet the artists and chat with each other. It adds to the whole atmosphere having the lunches again.”

There is no fee to attend the concerts.

Funding for the series is provided by contributions from the Pennsylvania Council on the Arts. 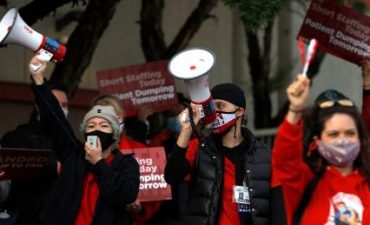