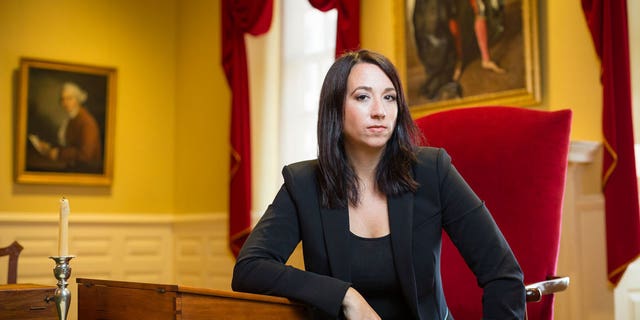 In fact, the Minnesota native graduated from George Washington University in Washington, D.C. without so much as setting foot on Capitol Hill before moving away to Boston, Massachusetts for work unrelated to government.

Now she finds herself a major player in political campaigns across the country as she and a staff of just 17 people seek to recruit, and help win, service-minded candidates who’ve served their country as members of the military, AmeriCorps or the Peace Corps and want to make a difference in local, state or federal government.

Cherniack first dipped her toe into political campaigns when in 2009, her then-boss at City Year, a program within AmeriCorps that seeks to develop inner-city students into strong leaders and members of their communities, decided to run for the U.S. Senate to replace the late Sen. Ted Kennedy who passed away in the summer of that year.

That boss, Alan Khazei, asked Cherniack to become his deputy campaign manager and introduced her to a new world that would eventually lead her down a path of success in a number of high-profile congressional races.

Although the Khazei campaign wasn’t successful, Cherniack learned just how difficult a task it was to run for political office without being an established member of the political ecosystem, and realized that what seemed to be a basic part of running a campaign wasn’t actually that basic at all.

She wondered how people run for political office, as well as who runs, and for what reasons. It was while pondering these things that she came across the data point that the percentage of members of Congress who had served in the military had drastically dropped from above 75% in the 1970s to less than 20% today.

That realization formed the basis of her theory that political gridlock, partisanship and tribalism increased in tandem with the decrease in elected officials who learned a sense of service to the nation through their time in the military and other service organizations.

Being someone proud of her ability to problem-solve, she decided to lean into that statistic and make it her mission to get more veterans into politics, more specifically those service-minded people who would put their country first.

Cherniack founded New Politics in 2013 and filled what she saw as a market gap in that political parties weren’t reaching people outside the political establishment in order to get them into public service.

The organization would be the people to help newcomers know how to run a campaign and do things that people with no political experience don’t know how to do, such as hire a campaign manager. Essentially they would become, according to her, the “Ghostbusters” of politics, the people that everyone knew to call.

Since New Politics’ founding, the group has helped elect a number of high profile members of Congress, including Rep. Mike Gallagher, R-Wisc., and Rep. Seth Moulton, D-Mass., among many other former service members, and is currently assisting 150 candidates in the 2022 midterm election cycle.

They hope to up that number to 500, and eventually 1,000, in future election cycles.

Cherniack insists the organization remains nonpartisan and free of any particular ideologies, pointing to its bipartisan list of candidates, and even says her own approach to politics is that she just wants the country to be better.

To achieve that, she wants leaders in place at all levels of government who understand sacrifice.

Former President Dwight Eisenhower, who served as President of the United States from 1953 to 1961.
(Associated Press)

Cherniack believes the U.S. can beat partisan gridlock and make it back to the days of tremendous progress when, in the 1950s and 60s under former President Dwight Eisenhower and a Congress full of former service members, the nation saw the passage of the Clean Water Act, civil rights legislation and the funding of the interstate highway system.

Despite her tremendous success with New Politics, Cherniack maintains she has no interest in running for public office, but instead says she can leave political landscape better than she found it by growing the work she’s already doing by bringing a new perspective to politics.