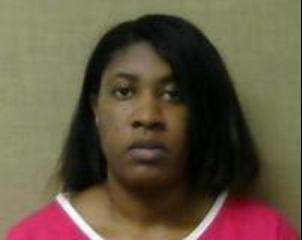 New You can now listen to Insurance Journal articles!

An elderly couple who survived a home invasion robbery plotted by an employee of a home health care business that they’d hired to care for them is entitled to the $750,000 that a jury awarded to them because of the company’s negligent hiring, the North Carolina Supreme Court ruled.

In a 5-0 decision Friday, the high court reversed a panel of the North Carolina Court of Appeals that had ruled in a split decision that Thomas and Teresa Keith had not met the “heightened burden” of proving a negligent hiring claim.

The Supreme Court said that the appellate panel had misinterpreted prior case law and set the bar too high.

In an opinion written by Justice Tamara Barranger, the court said “a person of ordinary prudence could have reasonably foreseen that as a result of Health-Pro’s negligent hiring, the home invasion and robbery of the Keith’s home or some similar injurious result was probable, and that the trauma from such event would injure the Keiths.”

The Keiths hired Health-Pro in 2012 to provide in-home care for them after Thomas underwent heart surgery. Both he and Teresa are elderly and have mobility issues, according to the opinion.

North Carolina law also requires employees of home-care companies that enter clients’ homes to undergo a background check by the state Bureau of Investigation or other approved entity.

The company later admitted that it did not compete the required background check when it hired Deitra Ann Clark in September 2015. A thorough check would have revealed that she had been found guilty of driving with a revoked driver’s license in 2008, charged with possession of marijuana and drug paraphernalia in 2009 and in 2010, charged with communicating threats in 2010 and 2011 and convicted of criminal contempt in 2010.

Clark said on her job application that she had never been convicted or pleaded guilty to any crimes. She also lied about having a valid driver’s license.

In 2016, family members discovered that $900 in rolled coins and $1,260 in cash was missing from the Keith’s house. Health-Pro promised not to assign Clark to the home in the future, but it did send her back just a few weeks later.

On Sept. 28, 2016, Clark drove two accomplices to the Keith’s home. The accomplices used a hidden spare key to enter the house and walked into the den, where Mr. Keith was watching a movie. They disconnected the telephone and took a .32 caliber gun from Mr. Keith’s nightstand. They also took his ATM card from a desk drawer and stole two boxes of rolled coins totaling $500.

Health-Pro fired Clark after police identified her in a photograph taken at a Coinstar machine nearby, where she was converting the rolls of coins into cash.

The Keiths filed a lawsuit in Pitt County Superior Court. A jury found Health-Pro was negligent by hiring Clark without a thorough background check and awarded $500,000 to Mr. Keith and $250,000 to his wife.

Health-Pro appealed and persuaded a Court of Appeals panel to reverse the jury verdict. The appellate court’s ruling said that a 2005 decision in Little v. Omega Meats I Inc. held that a plaintiff must prove each of three elements to support a negligent hiring claim against an employer for actions that took place outside the scope of employment:

The Supreme Court said that the appellate panel erred by insisting on proof of “such rigid requirements.” The court said the factors stated in the Little case are relevant when determining whether an employer had a duty of care to a plaintiff, which must be proven to support a negligent hiring claim, but the decision did not require each of three elements to be proven.

Justice Philip Berger Jr. dissented to the majority opinion and Chief Justice Paul Newby dissented in part. Berger said in a dissenting opinion that nothing in the available information about Clark would have made Health-Pro aware that she was a violent person who would engage in a home invasion and armed robbery.

“Moreover, at the time of the robbery, defendant had no ability or authority to exercise supervision or control over Clark’s actions,” Berger wrote.

North Carolina Department of Corrections records show that Clark was convicted of first degree burglary and second degree kidnapping. She is currently serving a 10 year, 11 month sentence at the North Carolina Correctional Institution for Women in Raleigh.

The most important insurance news,in your inbox every business day.

Get the insurance industry’s trusted newsletter