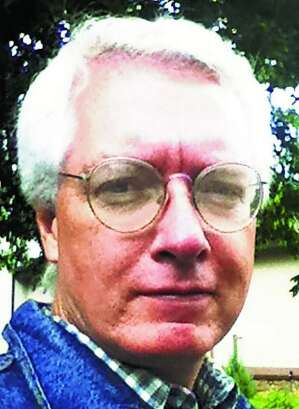 As zombies stagger toward a remote Pennsylvania farmhouse where the normies are holed up in the 1968 film “Night of the Living Dead,” it hardly matters that there’s nothing particularly believable about a Venus space probe picking up some weird, corpse-revitalizing radiation and bringing it back to earth. A zombie’s single-minded intent to eat humans — without killing them first — effectively neutralizes the believability of any back story.

By contrast, the zombies in “Walking Dead” stem from a man-made virus that partially jump-starts the central nervous system once all other human vital signs have bitten the dust.

The origin, some speculate, is a French laboratory, a plot element that in our COVID-19 world is at least as believable as Venetian radiation may have been to the Sputnik and Apollo generations.

Many films and TV shows have rehashed the zombie idea. It falls into a sub-genre that in Danse Macabre author Stephen King called “techno-horror.”

King also wrote that human fright has an emotion component that you can trigger on three levels: the gross-out (human head rolling down stairs), the horror (the unnatural, i.e., zombies) and the terror (gaslighting, or mind-created fear).

Whether old film or new rehash, zombies have certain characteristics. There are exceptions. Every zombie flick filmmaker tries to leave a mark. Yet, in general, those filmmakers have portrayed zombies pretty consistently.

First, zombies have this heightened hypothalamic urge to dine out on living flesh that never really stops until their preferred fare figures out how to re-kill them, usually by stabbing or shooting them in the brain, incineration or something even more creative but unquestionably final.

Second, zombies have functioning olfactory senses. Certainly, a taste for uncooked human flesh is indiscriminate enough that it may not stand as proof of functioning taste and smell. (Maybe their preference for adrenaline drenched panicked humans proves zombies can neither taste nor smell.) Still, in some portrayals, like the inability of “Walking Dead” zombies to detect a live guy coated in zombie guts, as though food smells different than the company you keep, it appears zombie noses work quite well.

This affords numerous ways for filmmakers to make folks gasp under their breath, “Oh for Pete’s sake, don’t do that” — or something like it. Maybe a dispensable character walks away from a tea kettle heating on a stove, lowers his heel slowly onto a sleeping dog’s tail, or loads a pistol for a few rounds of target practice. Impending loud human noises are a zombie filmmaker’s favorite and strongly suggest that even without ears zombies can hear.

Fourth, zombies can see at least as well as a near-sighted retiree. Like old-man eyesight, a zombie’s seems mostly unnecessary for familiar acts like limping, wearing pants or not caring what town you’re in. But that’s where the similarities end. Zombies might gather transfixed before a burning barn but walk right by a TV tuned to “Wheel of Fortune.”

Finally, zombies are not known for moving with much alacrity. Slow and steady doesn’t always catch the meal, and about that a zombie would surely agree. For a zombie, to whom most body parts are necessarily optional, regular nutrition must be highly overrated anyway. It’s more about the journey — a particularly slow one.

Political theater can be a lot like a zombie movie. Last week’s leak of the Dobbs v. Jackson draft Supreme Court decision is a good example.

News of the leak didn’t have me saying, “For Pete’s sake, don’t do that,” but it did get me to ask aloud, “Who in the Dickens thought that was a good idea?”

If the leak is any indication of how the court rules later this summer and Sen. Schumer fails to make a federal law of it, the mandate will return to the states, and states will form laws that reflect the mores of generations informed by the lives we’ve lived since Roe v. Wade.

After all the knee-jerk bombast from both sides of the issue settles, nothing much will change.

But you won’t know it by the gross-outs, unnatural humanity and paranoia you will see, hear and read if the Supreme Court un-federalizes one of the two imperious cornerstones of the American left’s political existence.

Sadly, a zombie flick differs from political theater in a significant way — the drama stops when the movie ends.

Mitch Mulhall is a husband, father and longtime Roaring Fork Valley resident. His column appears monthly in the Post Independent and at PostIndependent.com.