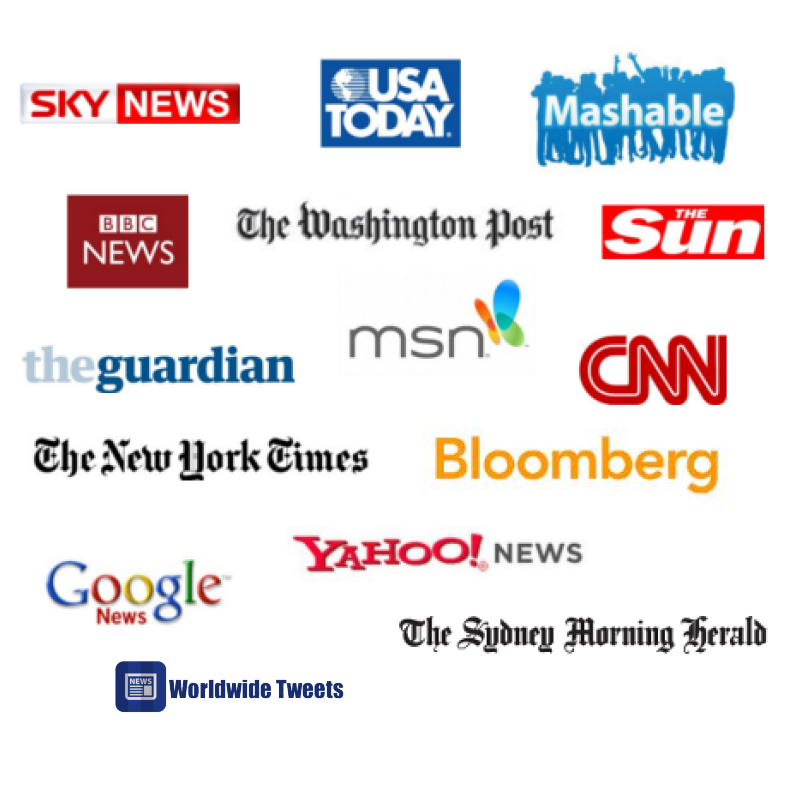 When choosing what to read, online news sources have become a very popular choice among American citizens. The Wall Street Journal and the New York Times are both highly trusted news sources but what about alternative outlets like The Huffington Post and The Guardian? What are the advantages of each of these sources? Which ones are better for your interests? Find out in this article! Keeping up with the latest news is vital. With so much information available, it can be overwhelming to choose just a few.

The New York Times is a reputable source of information and opinion, but their website also has some unique aspects. The Times is the first newspaper to publish a video game. They call it “Food Import Folly,” and it’s available online. The Times also offers cooking classes and a Wordle game. The Times recently acquired sports magazine The Athletic, and its content has been made available to the public.

In 2011, the New York Times rolled out its digital edition, which offered articles for free. Free readers could only access the first 20 articles each month. By April of the same year, the number of free articles was reduced to 10 from 20. It has since been offering a mix of news and entertainment. The Times is also trying to increase reader “dwell time” on the website. It also features articles from special sections and Sunday supplements.

Regardless of your interests, The New York Times has a wide variety of multimedia, breaking news, opinion, and reviews. Their goal is to provide an outlet for intelligent commentary. They cover local, national, and global news. You can also read the New York Times in print. Despite its size, the New York Times is one of the best news websites. There are many benefits to a digital subscription.

The Wall Street Journal is one of the top news sites for many reasons, and the fact that it has won over 35 Pulitzer Prizes is a testament to its quality and reliability. The Journal’s articles have often been controversial, from reporting on the health hazards of pesticides to the coverage of American corporate scandals. A good news website can tell you all of this and more, so why not visit it today?

In addition to its in-depth coverage of global business and economy, the WSJ has dedicated sections for world and U.S. news. Subscribers can also read real-time quotes, data on global markets, and mergers and acquisitions. The WSJ also publishes a magazine, which was first published in 2008 as a quarterly, and now has 12 issues a year. The Wall Street Journal also publishes a religion-themed op-style column on Fridays, written by everyone from the Dalai Lama to cardinals.

The Guardian is a British national daily newspaper. It is one of the oldest websites in the world with around 42 million organic monthly visitors. With award-winning journalism, the site offers world news, opinion, and breaking news, as well as pop culture and sport coverage. The website also features an extensive library of articles and multimedia, including full-screen photo galleries. In addition, The Guardian is a trusted source for news on pop culture and international affairs.

The Guardian’s content is based on facts and evidence. Although the news website is considered to be left-leaning, the content has a reputation for being unbiased and well-researched. Hence, many people rely on it for their daily news. The Guardian is a popular choice among news lovers. This article will provide you with information on how to use the news website. Its political views and coverage are often accurate, and the website is well-respected by readers.

For readers looking for opinion and analysis, The Guardian offers free online sections. The Comment is Free section features columns by journalists and articles from guest writers. The Guardian also publishes commentaries and letters by readers. It also includes a weekly newspaper that features a weekly roundup of opinions. The Guardian is considered one of the best news websites in the world, and has many awards. Listed below are some of its best features.

The founder of The Huffington Post, Arianna Huffington, has a history of controversial decisions. In the past, she has refused to pay her labor force, a move that some criticized as unethical. Instead, she justified her actions by saying that the company wanted to promote its readers and create positive contagion. In the end, she credited the initiative with fostering the growth of the blog site, which has raised more than $1 billion in venture capital.

Although the Huffington Post began as a site that aggregated news headlines from various sources, it has since branched out into more than 60 verticals, including sports, business, and environmental issues. There are also sections on college life, technology, and even Green Living. The site began partnering with local newspapers, and now has websites in France, Japan, Canada, Spain, the U.K., and Honolulu, Hawaii.

The Huffington Post first became popular in 2005, after the founder, Arianna Huffington, had little experience in journalism or technology. The site’s popularity quickly grew and its brand followed. It reached over 26 million visitors a month and needed more funding to continue expanding. In 2011 AOL CEO Ari Armstrong came on board to help Huffington expand. HuffPost executives estimated the company will generate $60 million in revenue this year.

Reuters is a reputable and respected news provider that has been publishing news since 1856. It is owned by Thomson Reuters, which adds to its independence from corporate influence. Moreover, Reuters aspires to use a “value-neutral” approach to reporting. For instance, after the September 11 attacks, the news agency avoided using the word “terrorist” in most of its stories.

The quality of information provided by Reuters’ news service is unparalleled. It is one of the leading news agencies in the world, employing 2,500 journalists across the globe. Besides its comprehensive coverage of international and national news, you can subscribe to alerts and read editorial highlights. The news site has a personal Market Watchlist to keep you up-to-date with breaking news. It has an ever-growing library of content, including 18 RSS feeds, nine podcasts, and a searchable archive.

Although Reuters is not neutral, its coverage of the Summer 2020 protests was not without bias. It portrayed rioters positively, but it failed to cover looting. Instead, it featured articles that showed the negative role of police. However, some conservatives have been critical of Reuters’ coverage of the protesters in Portland. They see the “anti-fascist” groups as radical leftists who support violence.

If you’re looking for the best progressive news sites, The New Republic should be at the top of your list. Founded by Win McCormack, the site has consistently been one of the best, and the masthead itself is full of ardent readers. The magazine’s latest crop of writers embrace the new-new left. Its editors are often the most passionate readers. This is reflected in the articles published by its staffers, who have written about the issues that matter most to them.

However, the magazine has been under a rocky start. The magazine’s new socialist stance has led some alumni to be dissatisfied. Former TNR editors, who once supported entitlement reform, have come out against the new direction. However, this hasn’t stopped some loyal readers from defending the magazine. The publication was acquired by a group of investors led by Peretz, who gave up his editor-in-chief position in December 2010 and gave up his blog. In late 2010, the magazine was facing bankruptcy, and the New Republic was unable to meet the deadline.

While many critics have criticized the site’s political views and bias, the magazine’s editors disagree with those who oppose it. Their editorial philosophy has changed over the years. The magazine’s original strong liberal bias has been replaced by an even mix of right and left-leaning editors. It has undergone six distinct eras, marked by a shift in editorial ideology, changes in ownership, and a change in managing editors. The changes in leadership have also affected the organization’s financial viability.

The Hollywood Reporter is one of the best media sites to follow if you are looking for current news in the entertainment industry. The website features a wide range of topics from business to fashion to tech to culture to politics. You’ll find everything you need to know about Hollywood, and the menu bar is conveniently located at the top of the page. It’s easy to navigate through the site and doesn’t interfere with the design.

Billy Wilkerson, who founded The Hollywood Reporter, died in 1962, but the newspaper was not shut down. His widow, Tichi Wilkerson Kassel, took over the publication and served as its publisher and editor-in-chief. The Hollywood Reporter has remained a family-run business for a long time, and its high level of dedication is unmatched by any other news website.

The website underwent a redesign in late 2014, and its mobile-friendly design has increased the number of mobile users. The Reporter’s editorial staff is now 65, and the site’s traffic has jumped 50 percent since it launched. Min was previously a top-paid reporter and editor at US Weekly, where she earned $2 million per year. She replaced Belloni with other editors. Whether THR will survive the transition is an open question.