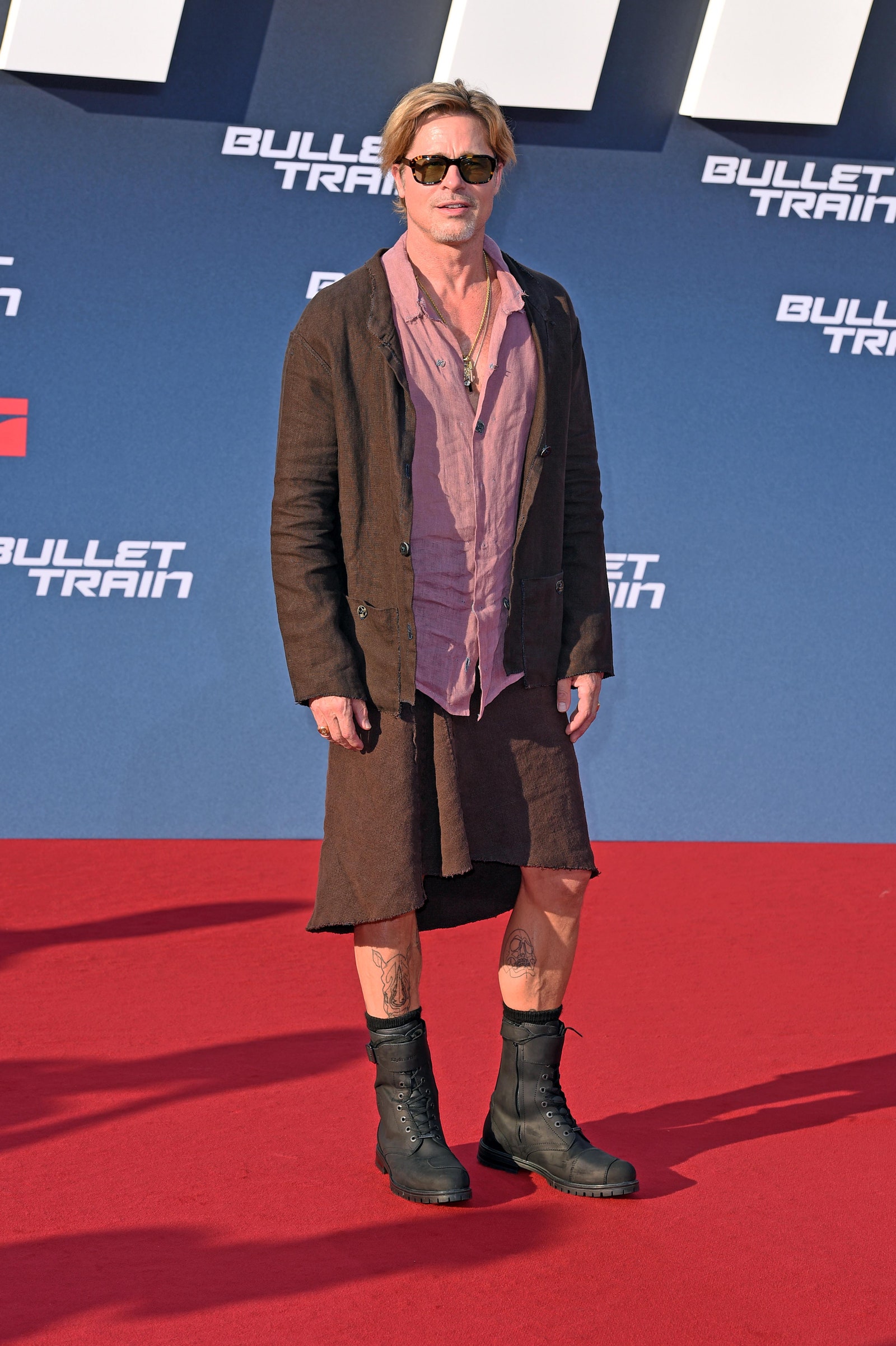 At 58, Brad Pitt told Otessa Moshfegh in the cover story for GQ’s August issue, he’s entering what he considers to be the “last semester or trimester” of his career. That means picking up new hobbies, rethinking his work, and—yes—experimenting with his look. While promoting his latest movie Bullet Train in Europe over the last few days, he’s been wearing a string of very funky custom outfits, which were revealed to be created by private-label designer Haans Nicholas Mott, that seem to speak to all of these things at once. In brief remarks emailed to GQ, Mott gave us an inside look at his work with one of the biggest stars on earth.

Mott started his referral-only private clothing practice in early 2010, and also co-founded the ready-to-wear label Anecho with fellow designer Anastasia Khodkina in 2015. His process, according to a representative for the designer, is rigorous and intimate, in order to yield clothing “with outcomes determined by the individuals inhabiting the garments.” In Pitt’s case, the designer collaborated with the actor directly: “i love working with mr pitt because he has a clear sense of how he wants to be in the world and we make work in that space, i.e. mr pitt proposing an espresso linen skirt to go with the linen jacket,” Mott tells GQ, in all lowercase, via email. (Fashion designers seem keenly aware of the way personal typography can give your thoughts character: Rick Owens, for example, types in all-caps.) “there is an accord between mr pitt’s vision of our shared space and my freedom to navigate within it. his sense of color / fit / texture / pattern is utterly nuanced and genuinely special.”

That much has been clear from their work together. In Berlin, Pitt wore a kicky brown linen skirt set with a blush button down and moto boots; in Paris, he wore the two-piece linen kit the color of a refreshingly cold cantaloupe granita. These pieces, among the others Mott made for Pitt’s press tour, are evocative of the designer’s signature style: spare and idiosyncratic, slouchy and comfortable, with jaunty contrast stitching and buttons that were individually hand-formed by Mott’s father. And while posing alongside his Bullet Train castmates at these events, it feels like the clothes helped Pitt become into something of a red carpet trickster: he’s goofing off, jumping into the air, running at the camera, and just generally being hammier than usual. This is not Brad Pitt smoldering in a penguin suit. Then again, a knee-length skirt or a pair of drawstring pants are easier to attempt an aerial leap in than, say, a classic tux.

By tapping Mott to dress the early stages of his “last semester,” Pitt is firmly wedging his private interest in the experimental art and design worlds into the decades-old bedrock of his very public leading-man persona. That sort of intentionality rings true to Mott’s practice.