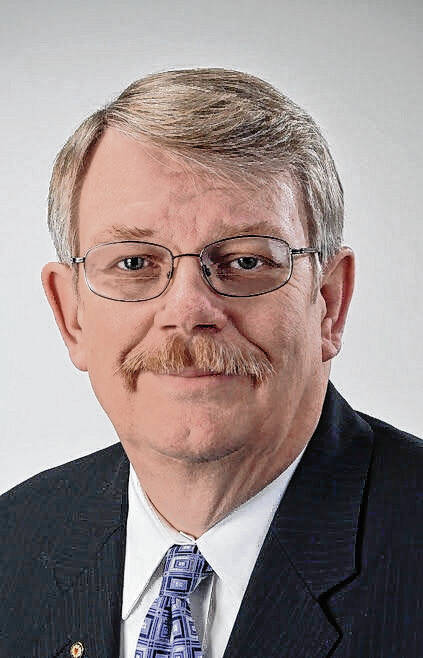 “O, wad some Power the giftie gie us

To see oursels as others see us!”

This quotation from poet Robert Burns is clear even if written in a Scottish-English vernacular. He speaks to a universal human inadequacy — seeing ourselves from the other person’s point of view. This can be quite humbling should we actually succeed, especially if we come to realize the impression we are making.

The same applies to opinions. However, seeing the other side is not the same thing as accepting the validity of that opinion. There was a time when intelligent people of goodwill could disagree and remain civil, even friendly. I am rapidly losing hope of ever seeing those days again.

What reduced me to brooding about this again was an op-ed published recently in the Fort Wayne newspaper. It wasn’t the opinion expressed; after all, it was on the opinion page and this newspaper is proudly liberal/progressive. I actually enjoy well-reasoned, well-written pieces by those of a different philosophy. This piece wasn’t that.

When one reads that Republicans are led by “con artists, swindlers, sycophants and cowards” one does not expect an incisive analysis of policy differences to follow. To the extent that any reference to Republican policy comes forth in the column, it is with the description of “abusing the poor and weak.” The rhetorical tool of ad hominem attack comes to mind and is attested by the columnist’s naming names, although Donald Trump was referenced indirectly as the “grifter in chief.” At least that insult had some cleverness to it.

This has become par for our social discourse. Hurl epithets with increasing velocity until one hears only cheers from the hometown crowd. Twenty-four-hour news channels, which seem to exult in their lack of journalistic professionalism, deserve much of the blame here but that doesn’t excuse us for goose-stepping in their parades.

It is not my intent to argue that Republicans are holy angels while Democrats are angels of the fallen variety. Partisans on both sides withdraw ever more into cocoons of their own making surrounded by self-validating friends of similar orthodoxy. To an extent this is only normal human behavior, to live by and socialize with those of similar backgrounds and with a high propensity to see things through a similar lens. Journalist Bill Bishop called this “The Big Sort” in a book by the same name.

It is the demonization of the other side that has intensified in the last decade or so. This is not new to American history; one need only consult newspaper columns of the 1790s to read some rather nasty stuff. But there is a different, more worrisome intensity in the epithets of today. Thomas Jefferson’s calling John Adams “monarchical” doesn’t have the same level of vitriol evident in Robert Reich’s labeling Ron DeSantis a fascist.

As I read the column in my local newspaper, I noted the writer’s bill of indictment against Republicans: calling opponents “stupid”; engaging in “divisive tactics of culture warfare”; embracing “insidious threats of violence”; and so forth. There may be some truth in these charges but a quick scan of news reports would suggest that the same is certainly true of Democrats.

Most incredulous was the writer’s assertion that the Democrat party is one of “so many divergent views” in contrast to the meek acquiescence of the Republican group thinkers apparently following a “grifter” Pied Piper. Don’t tell that to those on opposing sides of the philosophical debate between classical liberals and common good conservatives, fighting a battle of ideas to animate the conservative movement going forward.

If I see hope at all, it is that our local politics haven’t descended into this abyss. If anything, I wouldn’t mind seeing more spirit in policy debates. City elections are just a year away so we will see if my faith is misplaced.

Can America become once more the model republic envisioned by the Founding Fathers? Can we encourage stimulating public discourse without rancor, enmity and hostility? Perhaps, if we all, myself included, kept this holy exhortation in mind:

“[F]irst take the log out of your own eye, and then you will see clearly to take the speck out of your neighbor’s eye.” (Matthew 7:5 ESV)

Mark Franke, an adjunct scholar of the Indiana Policy Review and its book reviewer, is formerly an associate vice-chancellor at Indiana University-Purdue University Fort Wayne. Send comments to [email protected]