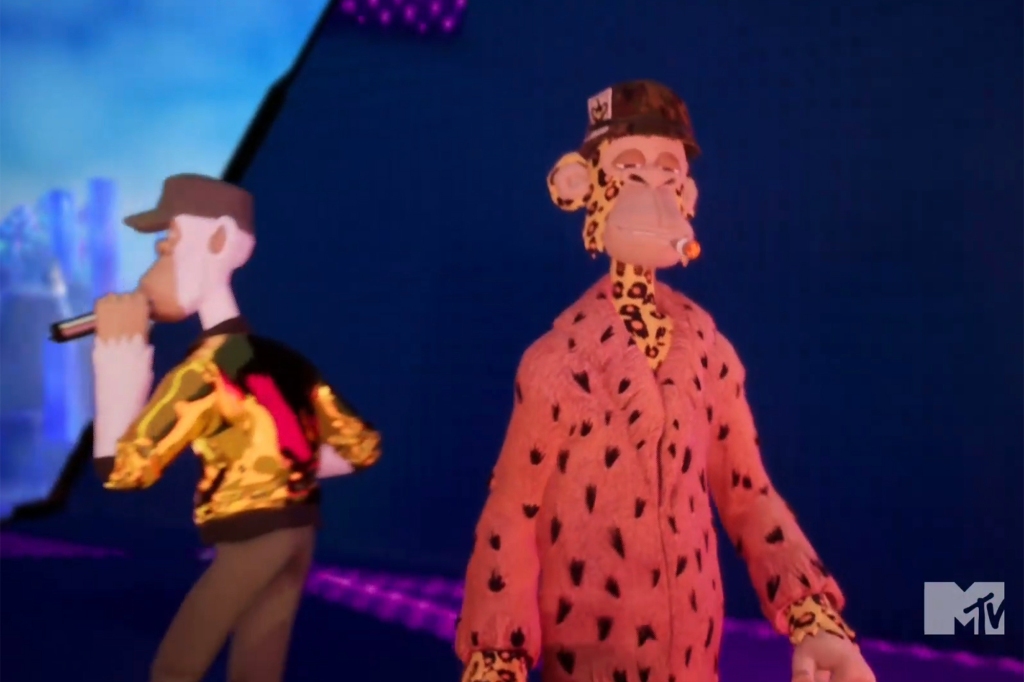 A big highlight was a “first of its kind” joint performance by Eminem and Snoop Dogg, who showcased their gamer-friendly collaboration “From the D 2 The LBC” with a digital infusion featuring the Metaverse Monkey in his natural habitat — the metaverse.

From a more down-to-Earth venue, Artist of the Year winner Bad Bunny beamed in a mid-concert set — featuring the song “Tití Me Preguntó” — from Yankee Stadium in The Bronx, the latest stop on his “World’s Hottest Tour.” With his latest honor, Bad Bunny became the first-ever non-English language artist to nab a Moon Person in the huge category.

Johnny Depp, meanwhile, made a digital appearance and thrilled the audience with a recurring gig as a floating Moon Person.

And the Red Hot Chili Peppers accepted this year’s Global Icon Award after a rollicking performance — introduced by stoner film legends Cheech Marin and Tommy Chong — that underscored why they’re the wild boys of rock (especially shirt-hating Flea). In a sign of mutual admiration, frontman Anthony Kiedis even called Cheech and Chong a pair of “back mothaf–kers.” Chad Smith also dedicated the award to Taylor Hawkins, the late drummer for the Foo Fighters.

The live ceremony kicked off at 8 p.m. ET/PT on MTV as well as on The CW, BET, BET Her, CMT, Comedy Central, Logo, MTV2, Nickelodeon, Paramount Network, Pop, TVLand and VH1.

Follow The Post’s live blog below, which will be updated with winners and highlights throughout the night.

What you need to know: