China’s most well-known dissident and artist makes for a fascinating story in the documentary “Ai Weiwei: Never Sorry.”

The movie is the perfect way to wrap up the Film at the Figge series that has been a monthly feature at the art museum – part of the free Thursdays at the Figge programming.

Weiwei’s life couldn’t be any more interesting if it had been written by top fiction screenwriters. For three years, director Alison Klayman followed Weiwei, and this film is the result.

If you’ve heard of him, it’s probably because he was one of the designers of The National Stadium, also known as the Bird’s Nest, that was home to the 2008 Summer Olympic Games in Beijing.

That same year, a terrible earthquake in the Sichuan Province killed more than 69,000 people, including 5,000 children who died in poorly built schools.

Weiwei protested the way the government handled the disaster, and began to collect the names of the children who died so he could incorporate them into an art project. Volunteers helped him along the way.

That’s only part of his extraordinary life, which includes his wife and a son he has by another woman.

You’ll see what happened when Weiwei, who was physically assaulted, was “held in detention” for daring to take on the Chinese government, which also shut down his popular Twitter feed.

Weiwei is internationally revered, with a global fan base. His life truly is part of his art, and his story is a reflection of how art, politics and the quest for freedom of expression can be one and the same.

Free admission and programs for Thursdays at the Figge are sponsored by Chris and Mary Rayburn. 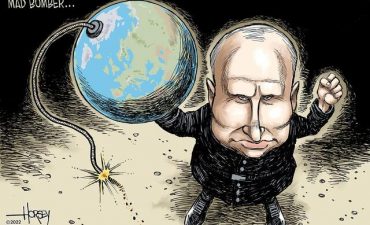