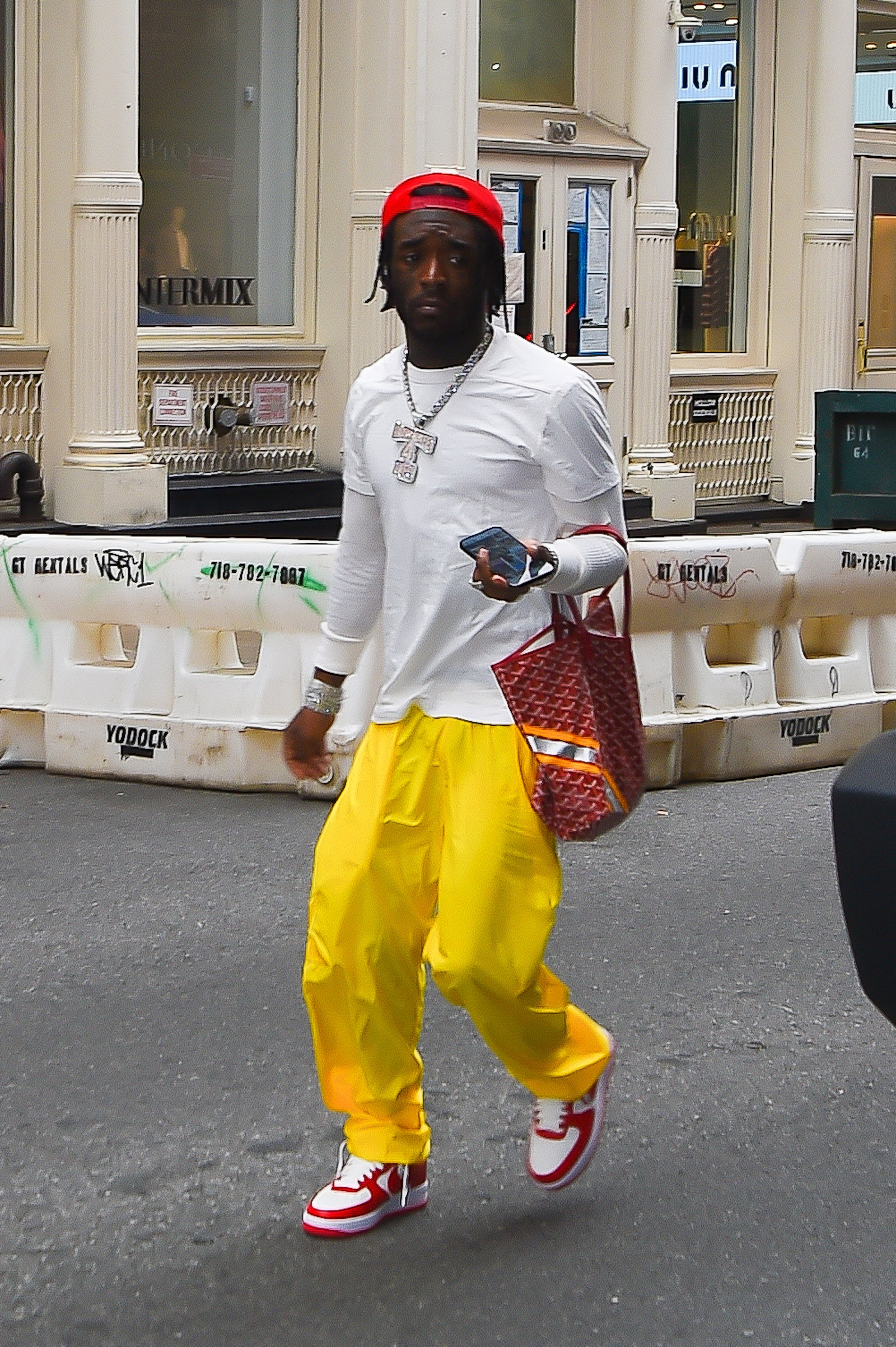 Surprising as it may sound, there are plenty of guys who buy Hermès’s famous Birkin bags: Drake is amassing a collection for his future wife (a reverse dowry of epic proportions), while Young Thug details buying the bags for his own amorous connections on “I Bought Her.” Then there are guys who actually wear those Hermès bags: P.J. Tucker, Gunna, Pharrell, Travis Scott, and Rhude designer Rhuigi Villaseñor are all fans. Now, courtesy of Lil Uzi Vert, there is an anthem for the men who love their purses.

Uzi dropped his new EP Red & White Friday, and it includes the song “Glock In My Purse.” While there have been plenty of paeans from rappers about buying bags for others—the aforementioned “I Bought Her,” Gunna’s “Baby Birkin,” or “Jane” by the Migos—Uzi might be the first to put on for dudes who want to keep those purchased purses for themselves. Taken as a whole, “Glock In My Purse” makes a compelling argument for dudes to get into purses. You can take him at his word: this is how to wear a bag the Lil Uzi Vert way.

Step one: don’t think of it as a purse. “No, this is not a purse / How the fuck this a purse? / Ain’t no lip gloss in it / Only lean, Penicillin.” For Uzi, a purse is defined more by its content and the wearer’s state of mind than where it’s sold in a store. Don’t let the purse wear you! Put your own stuff in there. For Uzi, that’s lean and those titular glocks.

In convincing dudes to wear a purse, Uzi knows he’s coming up against more than a few hurdles. He spends several verses just trying to get guys comfortable with the idea of a purse: “I don’t think it’s a purse / Look at it like a bag.” Feeling better already, right? He goes on, referencing more comfortable territory for most guys: “If it had two straps / You would call it a backpack.” You’ve worn a backpack before! But—and this is the most important part—now that we’re okay with the idea of a purse, it’s time to embrace it full-throatedly. In fact, now you’re actually relieved it’s a purse: “But it got one strap (Phew)”

Uzi’s crash course on adopting the purse comes with other important pearls of wisdom. Like: don’t stop sharing the wealth. Just because Uzi’s buying bags for himself now doesn’t mean he has to stop buying them for others. “Everytime I buy my b***h a bag, I buy myself a bag (Phew),” he raps. “Fifty for her bag, forty-five for my bag, fifty for my bag.”

In “Glock In My Purse,” Uzi provides plenty of introductory advice to purse-hesitant dudes, but this wouldn’t be a bag anthem without some deeper cuts. The rapper also displays a familiarity with the impenetrable market around these purses. Like any Hermès collector, Uzi knows Birkin and Kelly bags don’t just come easily from the French house’s storefronts. As Rachel Tashjian reported in 2020, many bag-buying men go through dealers on Instagram or WhatsApp. “I have go-to [dealers],” Dave Oancea, a massive Birkin collector who is better known as Vegas Dave, said. “They don’t like me sharing who they are, because they asked me to keep that confidential.” Uzi also has a dealer he vaguely shouts out: “We get the Birkins from the lady out in Miami (Ayy)”